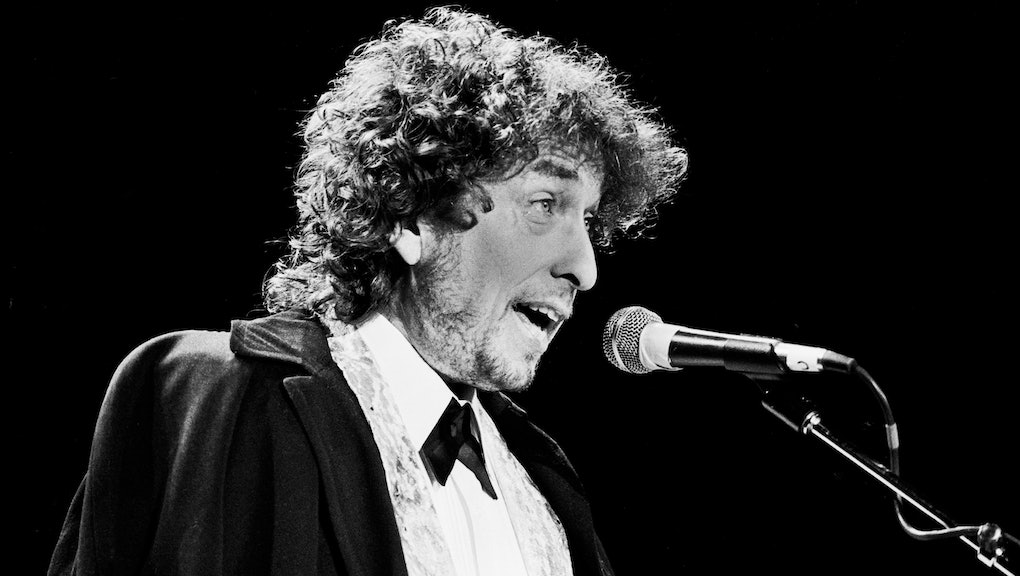 Bob Dylan sells his *entire* catalog for a reported $300 million

This Bob Dylan guy might be going places! On Monday morning, Universal Music Publishing announced that it’s purchased his entire songwriting catalog, which could very well be the largest acquisition of its kind for a single artist. With 58 years and more than 600 songs in the tank, the New York Times estimates the deal costing Universal upwards of $300 million.

It extends from his earliest recordings right up through this year’s widely acclaimed Rough and Rowdy Ways — and reportedly excludes any future Dylan songs. Besides the hundreds of tracks Dylan wrote alone or co-wrote with other songwriters, there’s also Robbie Robertson’s “The Weight,” which was recorded by The Band. Dylan didn’t have a hand in writing that one himself, but has owned its copyright over the years. Here’s what Universal Music CEO Lucian Grainge had to say about the Nobel Prize-winner in a statement Monday morning:

“Brilliant and moving, inspiring and beautiful, insightful and provocative, his songs are timeless—whether they were written more than half a century ago or yesterday...I have no doubt that decades, even centuries from now, the words and music of Bob Dylan will continue to be sung and played—and cherished—everywhere.”

It’s an emerging trend of sorts for legacy artists to offload their publishing catalogs for hefty sums of money. Just days ago, Stevie Nicks sold 80% stake in her catalog to Primary Wave Music for nearly $100 million. The British company Hipgnosis has gone on a huge shopping spree as of late, recently purchasing half of RZA’s catalog, all of No I.D.’s catalog, in addition to an array of tracks from Blondie, Rick James, and more. Last week, the company was valued at $1.7 billion.

One of the more grotesque disparities in revenue between artists and industry bigwigs, the publishing rights for an artist like Dylan or Nicks are evidently enormous cash cows. In the case of these artists, whose songs will be covered and streamed and reworked until the end of time, a nine-figure deal will often replenish faster than investing in new stars. Every song use imaginable — from film and TV syncs to streams and radio airplay — will result in new revenue on the publishing side.

Meanwhile, Dylan gets to scale back the Bob Dylan Music Company, which has processed his publishing up to this point — oh, and more than double his rumored net worth. Not a bad way to wrap up the year!