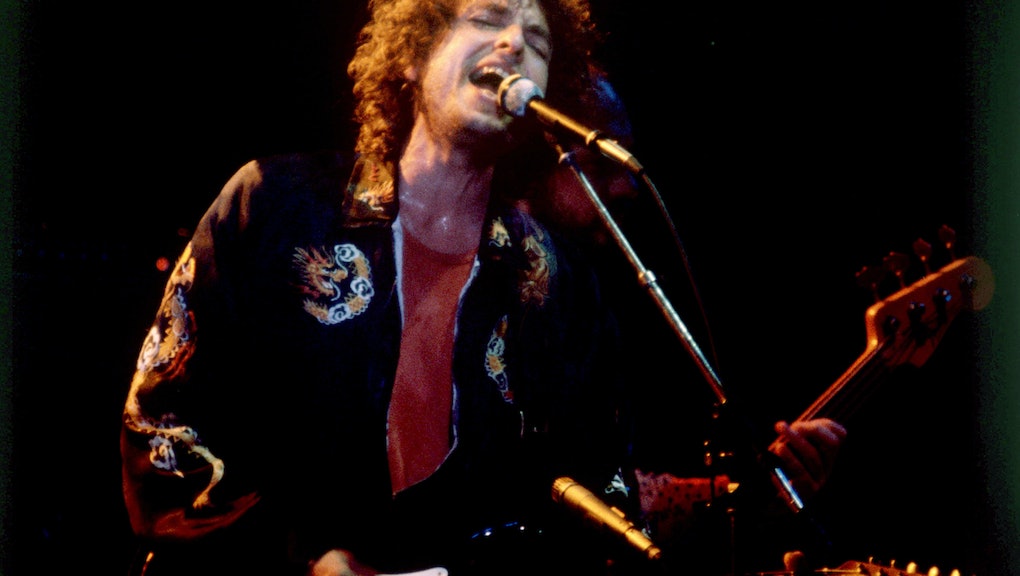 Even at 78, Bob Dylan is still finding new ways to reassemble memory. Right after Friday turned to midnight, he shared “Murder Most Foul,” the first new original song from Dylan in eight years. It was accompanied by a note on Twitter, which identified the 17-minute song about John F. Kennedy’s assassination as an older song from the archives.

“Greetings to my fans and followers with gratitude for all your support and loyalty across the years,” he said. “This is an unreleased song we recorded a while back that you might find interesting. Stay safe, stay observant and may God be with you.” His display name is still the incredibly charming “bobdylan.com.”

Across nearly 20 minutes, Bob Dylan deconstructs the Kennedy assassination through the hallmarks we often associate with major historical events — not just in their most grisly details, but the cultural reference points that surround it. These are all out of time, spanning into the late ‘60s and ‘70s, reflecting the harsh shadow that formative events can cast over decades to come. Sounds familiar!

With its career-long runtime and rapid references to songs of all stripes — the highlight may be “What's new pussycat? What'd I say? / I said the soul of a nation been torn away” — Dylan recalls the mundanity of late career Mark Kozelek, Destroyer’s caustic cracks, and even Lana Del Ray at her most ambling. He’s equal parts poignant and cutting, over a sober string and piano arrangement. The Beatles, Patsy Cline, Chet Baker, and so many more slide off the gravelly tongue. (NPR’s Bob Boilen and Ann Powers are updating a list of every musical reference Dylan packs into “Muder Most Foul” — it currently sits at 75, which could grow with re-listens.)

On the most superficial level, it makes me think of The Irishman, another sprawling masterpiece in the twilight of a legend’s career. That also documented how the world halted when Kennedy died, but more crucially the scattering of memories and hallmarks that distort and blur into one stream of consciousness with enough distance. The vividness of loss cuts through any murky recollections when you’re all alone by the end.

Of course, presenting this song as a tossed-off afterthought is quite a bit different from a $159 million crime epic, but it mostly cements that these guys are getting older, we’re all getting older, and need more than cultural shepherds to endure the darkest moments in history.

More like this
Caitlyn Jenner's campaign is off to a great start!
By Rafi Schwartz
A male actor dubbed Laverne Cox's voice in the Italian version of 'Promising Young Woman’
By Kara Weisenstein
Riiiiiiight, Ellen DeGeneres is ending her talk show because she's bored
By Kara Weisenstein
Stay up to date