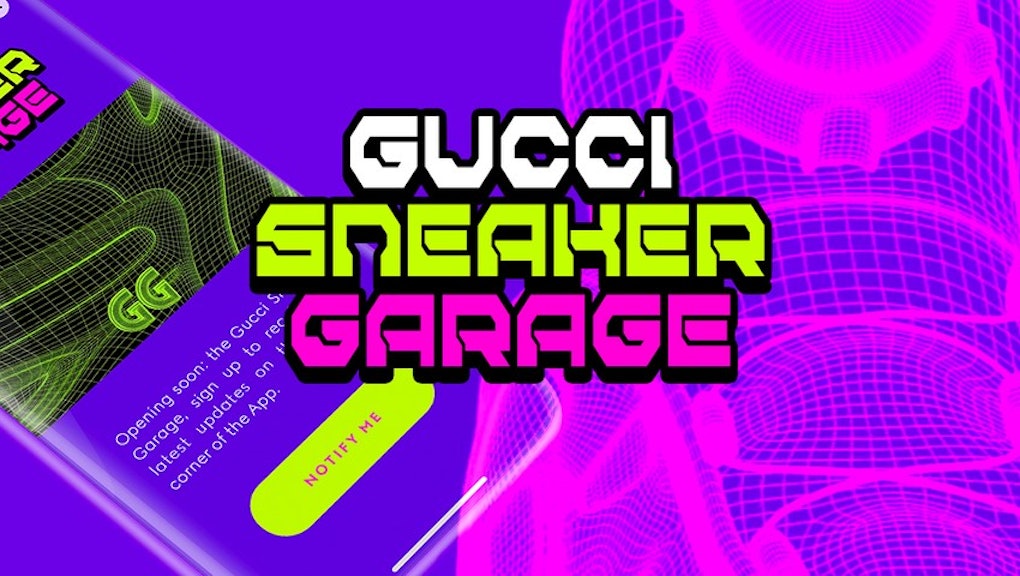 What if someone told you two decades ago that every video game would eventually come with Sims-level customization, but gamers would spend a total of $100 billion annually on those goods? This month, the digital accessories trend will take on another surreal twist when Gucci launches an app to design virtual sneakers and wear them through augmented reality. Gucci Sneaker Garage is just the Italian fashion brand’s latest foray into digital fashion, which looks to seize a surprising share of the company’s focus moving forward.

A new Fast Company article details the rise in fashion design for virtual avatars and how luxury brands are taking a page from the boom of in-game purchases for outfitting digital characters. There are some eye-popping figures in here, like someone spending $9,500 on a dress that’s tailored specifically for their digital presence, and others who spent thousands on shoes in the mobile sneakerhead game Aglet. Very obviously positioned as a luxury item for now, available only to those least affected by the pandemic, Gucci CMO Robert Triefus tells Fast Company that they’re anticipating more crossover with high fashion and video games:

“The worlds of fashion and gaming are colliding,” Triefus says. “We’re approaching gaming with a sense of experimentation, because this will put us in a good position to be ahead of the trends when they become ingrained.”

It’s easy to be skeptical of his confidence. The piece also cites that the “average gamer is 33 years old and upper middle class,” a demographic that likely still falls far short of the disposable income required to spend thousands toward a theoretical outfit. There’s one piece of promising utility here, in designers using digital avatars to fit and test out high-cost fashion as a sort of try-before-you-buy. But for many, the outfits don’t need to pay off in a more tangible, practical way to warrant a big purchase.

The upcoming Gucci sneaker app is positioned as a competitor to Aglet, which the story cites some startling figures about its users virtual consumption:

Players can earn currency by doing tasks within the game, but they can also buy shoes with real money. One user has spent $15,000, including two pairs of Yeezy 2 Cheetahs at $2,400 a pop. “It makes sense that virtual objects would have real monetary value,” says Ryan Mullins, who created the game. “It’s no different from the way we buy clothes in the real world as a form of self-expression or status.”

Are these just novelty products or building to something more enduring? With prolonged mass unemployment and the global economy rocked in ways we don’t fathom yet, the virtual luxury fits feel dispatched from another world, where the pandemic isn’t upending life for millions. But in some ways, that’s always going to be the reality for someone who can afford to drop $10,000 on a dress they’ll never slip their corporeal presence into.

More like this
“Exhilarating, joyful, and of course pretty scary": Musicians on the pressures of returning to the stage
By Kelly McClure
'Starstruck' will melt your icy heart and make you believe in love again
By Kara Weisenstein
10 sports documentaries to get you fired up ahead of the Olympics
By Emma Sarran Webster
Stay up to date