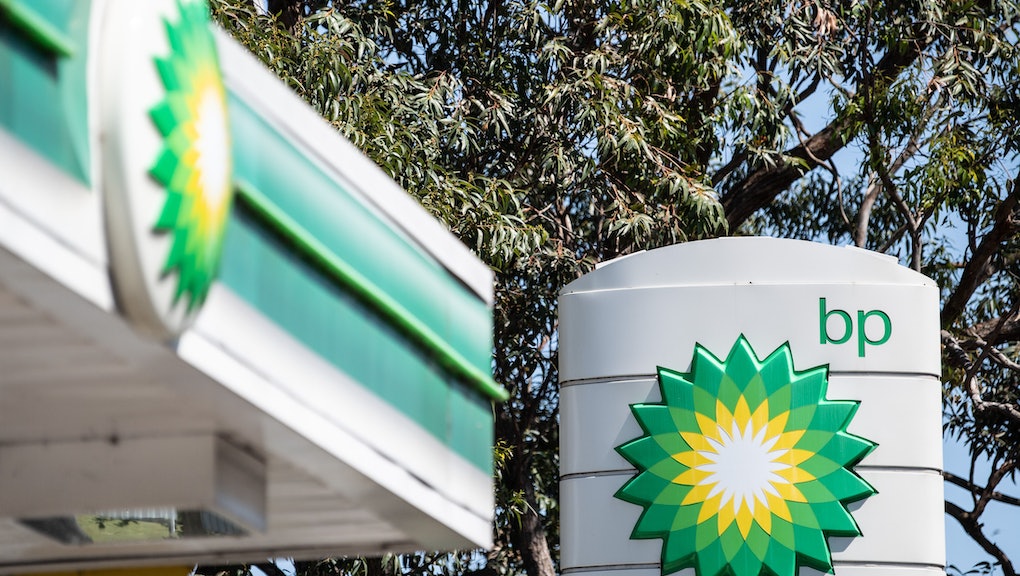 Ongoing protests from climate activists around the globe have put increased pressure on politicians and businesses to change their practices. Is changing for the better possible when you're a big oil company, though? Recently, BP announced it will go carbon neutral by 2050 but activists are cautioning that it's too little, too late.

When it comes to climate change, oil and gas companies are responsible for quite a bit. In October 2019, the Guardian reported that BP ranked fifth out of the top 20 companies behind a third of all carbon emissions. That same year, the outlet also found that BP was spending millions to lobby against climate change policies.

Knowing this, it's easy to see why people are wary of BP's Wednesday announcement. CEO Bernard Looney, who recently joined the company, said, "The world’s carbon budget is finite and running out fast; we need a rapid transition to net zero."

Reaching carbon neutral will require "nothing short of reimagining energy as we know it," according to Looney. However, as a company who made the mess to start, it may not be up to BP to do that re-imagining.

"This isn't ambitious or anywhere near enough," Greenpeace UK tweeted in response to BP's announcement. "Averting climate catastrophe can't wait. Halting your $71 billion spend on NEW oil and gas would show BP are leading the field, not drilling it."

There are some key issues with BP's plan. To reach carbon neutral, BP says it will install equipment at all major oil and gas processing sites. The equipment will track and allow for transparent reporting around methane emissions. But, as BuzzFeed News notes, BP doesn't define what a major processing site is.

In addition, BP said it will increase its investment in non-oil and gas businesses and redirect resources to advocate for progressive climate policies. And while that all sounds, BP is an oil company at the end of the day. Investing a little more money into non-oil and gas doesn't change that BP relies on something that's fundamentally damaging to the environment in order to turn a profit.

Just this month, a report from Greenpeace Southeast Asia and the Center for Research on Energy and Clean Air found that air pollution from fossil fuels account for about 4.5 million premature deaths worldwide. To Janet Redman, Greenpeace USA climate campaign director, the industry is committing "mass murder."

Previous studies have found that communities of color are facing the harshest impacts from air pollution. Last year, the EPA reported massive disparities when looking into areas affected by pollution. For example, Black communities had a 54 percent higher health burden compared to the overall population.

"In the United States and around the world, Black, Brown, and Indigenous people are the first to feel the impacts of extraction and exploitation, including the devastating consequences of air pollution," Redman said. "The economic impact of fossil fuel air pollution is staggering, but the tragic loss of life is what makes continued political and financial support for the fossil fuel industry morally unacceptable.”

Thanks to protests, climate denial is slowly becoming less "in" and it's much harder for companies to go about business as usual — including trying to lobby against climate policies or pretending there's no problem. Right now, it benefits BP to look as if it's trying to help. But at the end of the day, it remains to be seen whether oil companies like BP that have been such a large part problem can really ever be part of the solution.