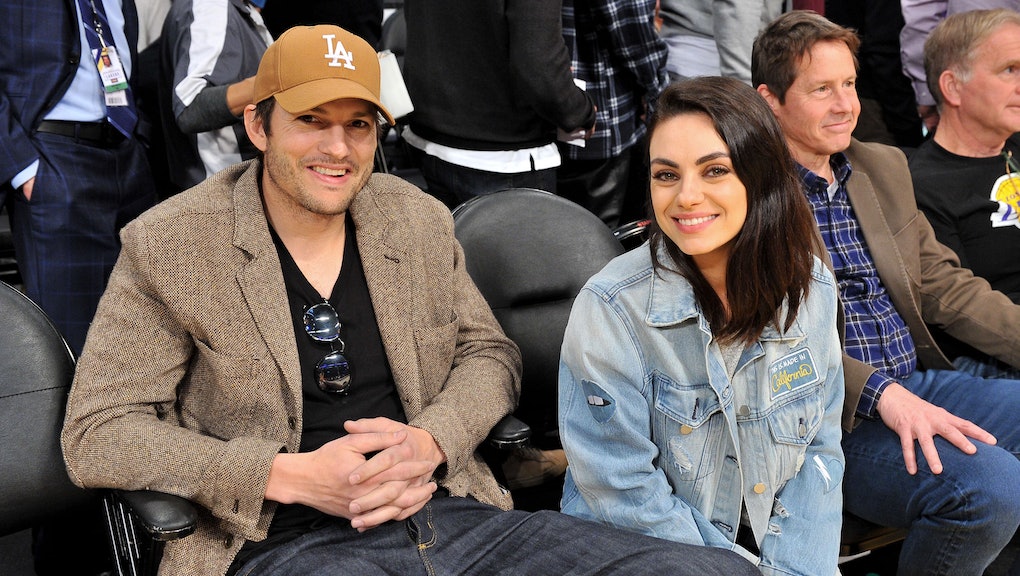 During the last couple of weeks, celebrities such as Kristen Bell and Ashton Kutcher have bragged about how they don’t feel the need to bathe themselves or their children unless they’re visibly dirty or stinky. Jake Gyllenhaal also piped up by saying: “More and more I find bathing to be less necessary, at times … I do also think that there’s a whole world of not bathing that is also really helpful for skin maintenance, and we naturally clean ourselves.”

Don’t get me wrong; they all have a point. Most health experts will tell you that you don’t actually have to shower everyday because, put simply, over cleansing — especially with soap — can dry out your skin and disrupt your body’s good bacteria and natural oils from doing their thing. So there’s really no problem with their choice to bathe less frequently. The problem lies in how vocal these rich white individuals have decided to be about this “cool thing” they’re doing.

Even if some of us wanted to partake in the no-bathing “movement,” we still live in a world where only white people can get away with this rather lax approach to personal hygiene. Some woke white people recognize this; in fact, journalist and physician James Hamblin, who wrote a whole book on the science of how we over-cleanse, mentions in it, that he’d have a different battle to fight if he were not a white man who suddenly decided to walk around unbathed.

To that end, this unsolicited hygiene advice is pretty enraging because we, as people of color, do not have the option of being even a little fragrant without suffering the racist repercussions.

Racism in the West, in large part, has always been rooted in the fear of disease and contamination from outsiders. For many immigrants and Black Americans, “being clean” goes much deeper than not having body odor — it’s tied to notions of respectability, assimilation, and acceptance. All things that white people automatically get, even if they’ve just literally rolled around on a subway platform (I, as a side note, own separate pairs of “subway pants” and “house pants”).

To understand why people of color have historically been considered “dirty,” let's examine the the pervasive link between whiteness and cleanliness, shall we?

In Christianity, the color white is associated with notions of moral purity. To demonstrate both their spiritual and physical cleanliness, upper class Europeans began to wear white undergarments. Eventually, the association between whiteness and wealth, civility, and good health stuck and was exported to other parts of the world, as Dana Berthold explains in her manifesto on the topic. All of this is just scratching the surface of a deep-seated rejection of "foreigners."

And you can’t have the concept of cleanliness without its counterpart: filth. The obsession with getting rid of “impurities” was in full swing when Europeans colonized the rest of the world. Notions of “clean” and “dirty” eventually encompassed genetic and cultural uncleanliness as well, and colonized people were often described as dirty or diseased.

The default association between cleanliness and whiteness runs so deep that anything that deviated from the patriarchal and heteronormative values of Europe was automatically shunned and considered repulsive. All the way back in the in the 17th century, for example, Portuguese missionary Galeote Pereira traveled to China and lamented that Chinese people were having unsavory, same-sex relations and needed to be evangelized, according to a piece in the Journal of Historical Sociolinguistics.

The Nazis viewed Jews as contaminating “parasites” among the Aryan race that needed to be erased. Segregation in California schools was defended because “dirty and infected.” And Mexicans were thought to make white students sick with their alleged weird foreign illnesses. In each of these (largely baseless) claims, fears of bodily and moral contamination justified subjugation.

So here we are in 2021, and everything that doesn't fall into white American (or white European) norms is seen as exotic — and uh, not in a good way. From fears early in the pandemic that Chinatowns were rampant with the “Wuhan Flu” to the stereotypes of South Asian people smelling like spices, many of us learned to be hyper-conscious of how white people perceive our hygiene.

This “othering” happens to Black Americans, as well, in insidious ways. Last year, an ignorant doctor made a comment about how COVID-19 could be spreading more in Black communities because they might not wash their hands as much. I’m dead serious. He reportedly and thankfully got canned after that. “It is a different matter to detract from the reality that black Americans and other minorities face additional challenges in this country that may affect their health,” said Bruce Y. Lee, in an article about the incident. “It is a different matter to suggest that racism is not a major public health problem."

Angel Betancourt, who is Puerto Rican and was raised in the Bronx, remembers distinctly how white classmates would tell him he smelled “like the park” because he didn’t wear the same deodorants that the other students did. Some would even ask if he knew how to shower. “The comments made me feel insecure and like I couldn’t hang out or play with them because of the way I naturally sweat,” he says. “After gym class, I used to wear more clothes to mask any ‘smell.’”

Hemanee Sharma, an acquaintance of Indian descent, remembers white classmates coming up to her and exclaiming ("eww") that she "smells like curry,” in her Upper East Side school. The other kids’ adverse reactions to her smell made her embarrassed of her heritage.

But for those of us who grew up with properly seasoned food, having body odor was just a natural part of who we were. A bit of science: Consuming garlic and onions makes you sweat garlic and onions. So if you smell like nothing naturally, you should perhaps take a cooking class.

Beyond day-to-day bullying, notions of non-white as non-clean are having real consequences in our culture. It shows up when Donald Trump calls Baltimore, a predominantly Black city, a “rat and rodent infested mess” or blames COVID-19 on Chinese people, which led to an ongoing spike in violent attacks.

That’s why it’s very frustrating to me — and I’m sure, other people of color — when white celebrities proudly declare that they choose not to shower while the rest of us are still out here trying to avoid being portrayed as dirty, disease-carrying vectors.

Bottom line: White celebrities can practice whatever type of hygiene they want, but they need to be aware of their privilege and the implications of what they say in interviews. Future conversations on not showering need to be nuanced and not dismissive of the pain that people of color have endured to be considered "hygienic" There are indisputable benefits to showering less, but until the culture changes, most of us are going to have no choice but to stick to our daily routines.

More like this
Brain scans revealed how racism weighs on Black women's health
By Sierra Carter
This anxiety study is a really passive-aggressive reminder that wealth equals happiness
By Ian Kumamoto
An anti-vaxxer decided to come to work in blackface, comparing her "plight" to that of Rosa Parks
By Melissa Pandika
Stay up to date