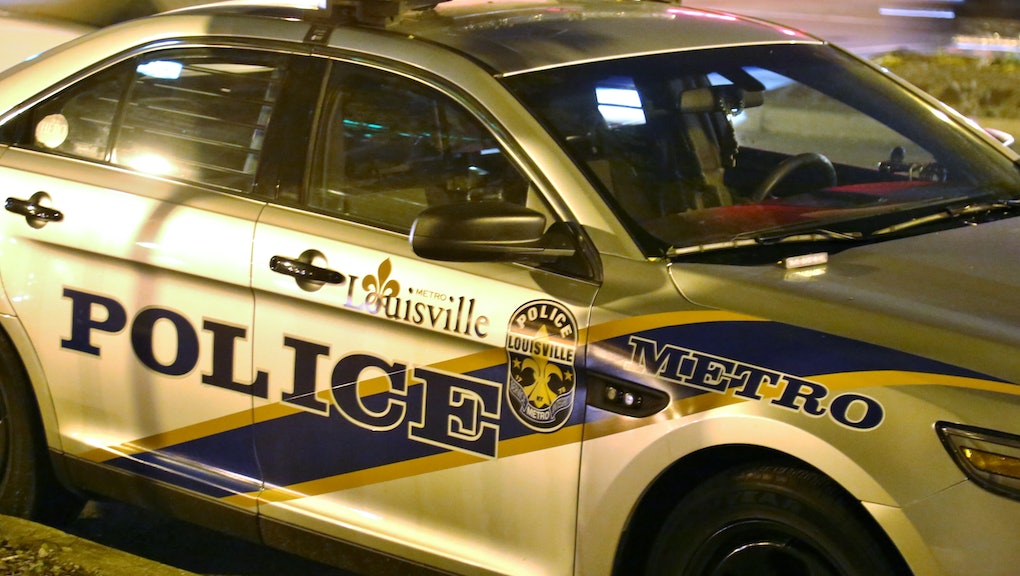 Breonna Taylor was killed in her home by police who "blindly fired," family says

On March 13, officers in Louisville, Kentucky, killed EMT Breonna Taylor in her home during an early morning raid. The 26-year-old was shot eight times. Now, her family has filed a wrongful death lawsuit against the Louisville Metro Police Department, with backing from a renowned attorney who has represented a number of Black families in similar high-profile police brutality cases.

Louisville police entered Taylor's home as they were executing a search warrant for a drug investigation. Per the lawsuit filed by Taylor's family, police arrived at the house in plainclothes and unmarked vehicles around 12:30 a.m. as Taylor and her boyfriend, Kenneth Walker, slept inside.

Neither Taylor nor Walker were the main targets of the search warrant, the Louisville Courier-Journal reported. The officers were searching instead for someone who lived in a different part of the city and, at the time they entered Taylor's apartment, was already in police custody. However, a judge signed off on a "no-knock" warrant, which allowed police to enter Taylor's home without announcing themselves — though NBC News reported that the Louisville Metro Police Department said at a news conference about the incident that officers not only knocked several times but also "announced their presence as police who were there with a search warrant."

Thinking someone was breaking into their home, Walker opened fire and shot a police officer. As a result, the lawsuit alleges, "The defendants then proceeded to spray gunfire into the residence with a total disregard for the value of human life. Shots were blindly fired by the officers all throughout Breonna's home."

Taylor's family obtained representation from Benjamin Crump, who represented the families of Trayvon Martin, Michael Brown, and Tamir Rice. Crump is also currently representing the family of Ahmaud Arbery, whose case gained national attention last week — two months after he was shot and killed in Georgia.

"We stand with the family of this young woman in demanding answers from the Louisville Police Department," Crump said in a statement. "Despite the tragic circumstances surrounding her death, the department has not provided any answers regarding the facts and circumstances of how this tragedy occurred, nor have they taken responsibility for her senseless killing."

On Tuesday, Louisville Mayor Greg Fischer (D) released a statement on Twitter. He wrote, "As always, my priority is that the truth comes out, and for justice to follow the path of truth. The Breonna Taylor case is currently under investigation. Therefore, expansive comments are not appropriate until all the facts are fully known."

The mayor isn't the only politician being pressured to speak out. Senate Majority Leader Mitch McConnell, a Kentucky Republican, as well as the top Democratic candidates challenging him this fall have also addressed the shooting.

"The fatal shooting of Louisville EMT Breonna Taylor should be thoroughly and promptly investigated to find out what happened and to ensure justice is served," McConnell told the Courier-Journal on Wednesday.

One of the Democratic Senate candidates, Charles Booker, who currently serves as a Kentucky state legislator, tweeted, "[Taylor] lived close to my family. She served our community."

"Breonna Taylor should still be alive, living her passion of caring for others. The benefit of the doubt is never afforded to us. Justice and due process are luxuries we don’t get. It must stop," Booker added.

On Twitter, the hashtags #BreonnaTaylor and #SayHerName are filled with people calling for justice. The national Black Lives Matter account wrote that Taylor "was one of the health care professionals helping us through this pandemic. But even as she helped to save lives, police violence took hers."

Taylor is just one of many Black women to be killed in her home by police in recent years. Last year, in Fort Worth, Texas, 28-year-old Atatiana Jefferson was shot by a police officer while playing video games with her 8-year-old nephew. In 2010, a Detroit police officer killed sleeping 7-year-old Aiyana Stanley-Jones while conducting a raid on a house. There's also the case of Botham Jean, the 26-year-old Dallas accountant who was killed by a white police officer in 2018 after she entered his apartment by mistake, thinking it was hers, and shot him thinking he was an intruder.

Some have also connected Taylor's death to that of Kathryn Johnston in Atlanta. Similar to Taylor, 92-year-old Johnston was killed in 2006 after police entered her home on a "no-knock" warrant.