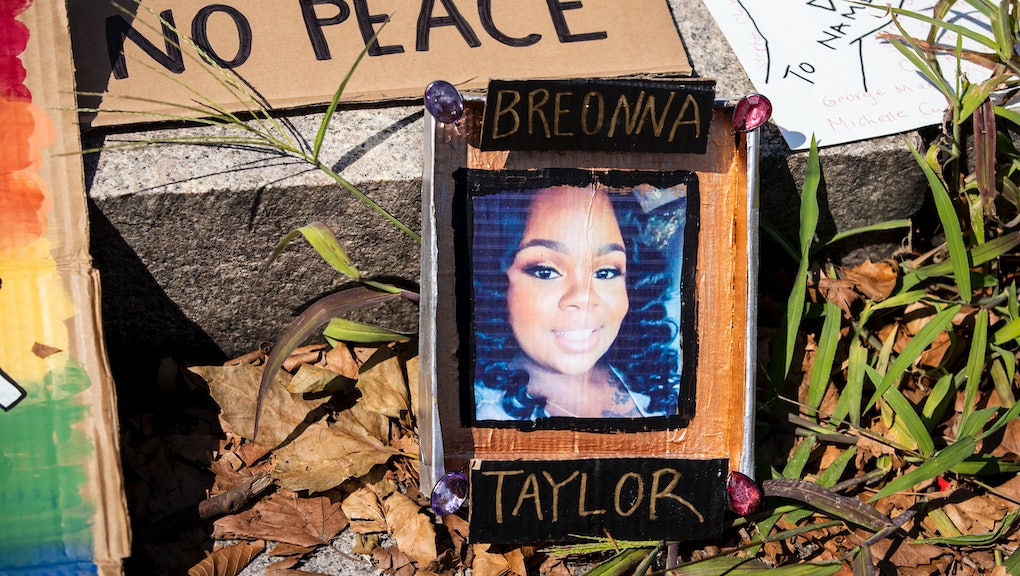 Six months after the March 13 police killing of Breonna Taylor, the city of Louisville, Kentucky, has reached a multimillion dollar settlement with the Taylor family. The wrongful death lawsuit, filed in April, marks the end of one chapter of the push to achieve some sort of justice for the family of Taylor, a 26-year-old EMT who was shot and killed by police when they entered her home in the middle of the night without announcing themselves to serve a search warrant.

The settlement announcement comes after what Taylor's family felt was slow progress after months of various local, state, and federal investigations into Taylor's killing by police. Sam Aguilar, the attorney representing the Taylor family, told CNN, "The city's response in this case has been delayed and it's been frustrating, but the fact that they've been willing to sit down and talk significant reform was a step in the right direction and hopefully a turning point," he said.

The settlement is worth up to $12 million, the Louisville Courier-Journal reported. Still, "no amount of money will bring back Breonna Taylor," Until Freedom, a Louisville-based grassroots organization said in a statement to CNN. "We see this settlement as the bare minimum you can do for a grieving mother. The city isn't doing her any favors. True justice is not served with cash settlements. We need those involved in her murder to be arrested and charged. We need accountability. We need justice."

The city of Louisville has agreed to a number of policing changes, including demanding that officers serving search warrants must wear body cameras. Louisville Mayor Greg Fischer (D) reported that none of the three responding officers were wearing cameras when they entered Taylor's home, though Vice News obtained photographs from the night of the incident that appeared to show at least one officer wearing a body camera. Additionally, the Louisville Metro Police Department will ends its practice of halting any investigations when someone quits their job on the police force, which effectively allowed officers involved in controversies or killings to maintain a clean employment record if they just left the department.

The officer who shot haphazardly into Taylor's home from the front porch was fired in June, though not for the killing. The other two officers were placed on administrative leave. None of the three have been arrested. Taylor's death, including the sloppiness of the police work that preceded her killing, as well the criminalization of her boyfriend (the county attorney attempted to prosecute him for firing shots while lawfully armed, at officers whom he believed to be burglars breaking into the home), has been a central justice rallying cry of this summer's racial justice uprising.

Update 3:20 p.m. ET: At a press conference Tuesday afternoon, the city of Louisville confirmed that the wrongful death suit settlement amounts to $12 million. As Jemele Hill pointed out on Twitter, the settlement amount isn’t necessarily a strong message to the police department, but rather a tab that Louisville citizens are forced to pick up: “As long as the system remains as is, the public will have to shoulder the financial responsibility for bad officers,” she wrote. Louisville Mayor Greg Fischer also said that the settlement agreement does not admit to any wrongdoing on part of the city, and he declined to answer a question about the conflicting reports as to the presence of body cameras on the night of March 13. Tamika Palmer, Breonna Taylor’s mother, also spoke Tuesday, saying that Taylor's “beautiful spirit and personality is working through all of us on the ground. So please continue to say her name.”

This article was originally published on Sep. 15, 2020