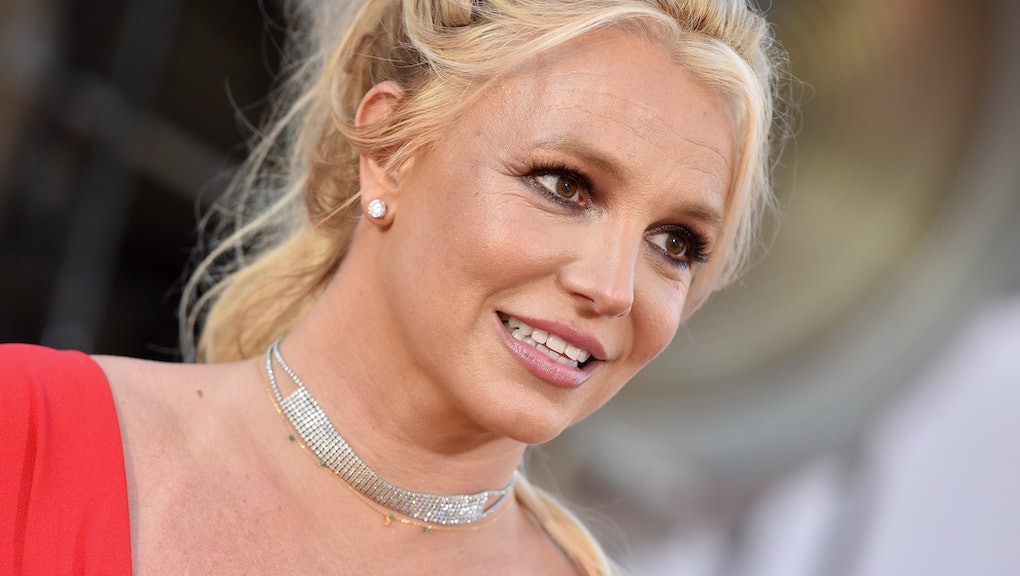 Certain people imagine Britney Spears as a forlorn pop princess in a gilded tower, guarded by an evil patriarch controlling every aspect of her existence. Since 2008, amidst the fallout of her well-chronicled troubles — shaving her head, the trips to rehab, smashing a paparazzo’s car window with an umbrella — Spears has been under her father’s guardianship. And as long as Britney’s conservatorship has been in place, her most hardcore fans have sought to extract her from it. But it sounds like her dad, Jamie Spears, is sick of being painted as a villain, calling the #FreeBritney movement a "conspiracy theory" in an interview with the New York Post.

Complaining that #FreeBritney paints him as a tyrannical and opportunistic father keeping his 38-year-old celebrity daughter under his emotional and financial control, the 68-year-old Jamie Spears called the movement “a joke.”

“All these conspiracy theorists don’t know anything. The world don’t [sic] have a clue,” Jamie told the Post. “It’s up to the court of California to decide what’s best for my daughter. It’s no one else’s business.”

Britney’s father also addressed allegations that he or anyone else is siphoning off the pop star’s wealth. “I have to report every nickel and dime spent to the court every year,” Jamie said. “How the hell would I steal something?” The conservatorship assigned full legal responsibility for Britney’s affairs over to her father; he and an attorney, Andrew Wallet, manage her estimated $60 million fortune and Jamie reportedly negotiates Britney’s business dealings.

According to Britney’s dad, what’s really worrisome is the aggressive tactics stans are using to advocate on the pop star’s behalf. #FreeBritney activists “Zoom-bombed” the singer’s most recent conservatorship hearing. (All parties involved meet with a judge every three months or so to discuss any issues or developments in Britney’s case, according to Vulture.) A group of protesters entered the virtual courtroom in late July and refused to leave for more than two hours, forcing the presiding judge to cancel and reschedule the hearing.

Jamie said that the courtroom infiltration is hardly the most hostile #FreeBritney agitating he’s experienced. “People are being stalked and targeted with death threats,” he said. “It’s horrible. We don’t want those kinds of fans. I love my daughter. I love all my kids,” he continued, emotionally. “But this is our business. It’s private.”

The most hardcore #FreeBritney advocates think the starlet sends coded pleas for help through her social media missives, which range from preening selfie videos and at-home dance routines to random fine art and astronomy posts. The content is generally tame, but eagle-eyed fans dubbed a rose emoji accompanying revolutionary text as an endorsement of socialism this spring. And stans who’ve reached out to Britney directly say she’s sending coded messages in her otherwise mundane content. For example, wearing a yellow crop top after a fan commented she should wear the color in her next post if she needs help.

We won’t know more about the details of Britney’s conservatorship till her next scheduled hearing later this month. But the #FreeBritney movement has reached a fever pitch this summer, after simmering amidst the pop culture landscape for more than a decade. Maybe it’s because everyone’s hunkered down now, presumably just like Britney, and the push to liberate her is really a ploy to spring ourselves from house arrest, too. About a year ago, the pop star assured fans she's fine. Her kooky Instagram presence is most likely just an extension of her singular personality, part of the reason her fans adore her. But with no end to quarantine or her conservatorship in sight, we're likely to hear a lot more about #FreeBritney in the coming months.

More like this
Steve from 'Blue's Clues' gave us the closure we didn't know we needed
By Kara Weisenstein
Britney Spears continues to reclaim her life, gets engaged to Sam Asghari
By Kara Weisenstein
The 8 best reality shows you're not watching, but should be
By Brandon Yu
Stay up to date