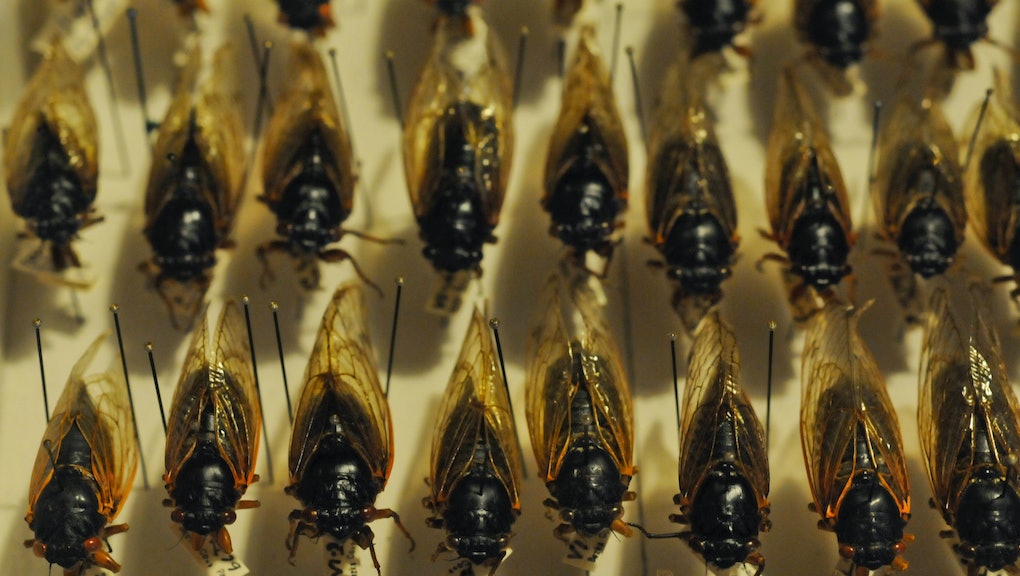 Brood X is here, but I'm okay with it actually

Look, you can't say we didn't see it coming. We've had 17 years to prepare ourselves for this spring's extremely predictable surge of cicadas — a gargantuan hatching event known as "Brood X" (as in, the 10th one) that see tens of billions of the buzzing insects exhume themselves from a 17-year slumber for a bacchanalia of sex and feeding and — ultimately — death.

While the prospect of sleeping for nearly two decades only to spend your final moments eating and screwing over a record-setting swath of the country does have some poetic appeal, there are nevertheless those among us who have inexplicably chosen not to celebrate this emerging mass. In fact, folks seem to be genuinely freaking out about a few bugs, even though we've known this was coming for so long now that people born the last time Brood X emerged are almost old enough to vote.

Let's be clear: Are cicadas large, loud, and inconsiderate about leaving behind both their husks and, eventually, corpses? Yes to all of the above. But look at the following footage, taken during one of the earlier awakenings of this year's Brood X emergence:

Sure, it's a lot of bugs. But is it more than, say, walking through a swarming group of gnats or mayflies (which, by the way, have their own biblical-level hatching event)? I would argue that no, it is not. What we're looking at here is a few hundred bugs, tops. Consider, then, the fact that on average, people (involuntarily) eat up to 2 pounds of insects annually! Sure, Brood X might seem intimidating, with its sudden boom of billions of bugs — the sort of insects you can't exactly ignore as they crunch underfoot, and buzz deafeningly in you ear. But given that there are an estimated 200 million bugs for every person on Earth, a few billion cicadas popping up and then disappearing over a few months this summer hardly seems like such a big deal in comparison.

I submit that, if Brood X was comprised of smaller, less conspicuous insects, people would be giving it a fraction of the attention it's getting now. Alas, because the bugs are large and loud, we must subject ourselves not only to their buzzing, but to the hemming and hawing of those who've had, again, 17 years to get comfortable with this inevitable event. And, sure, the bugs can be annoying. I'm not denying that. But come on, people! Let's have a little perspective, shall we?

Fortunately, we have another shot at doing this right. See y'all in 2038!

More like this
The Brood X cicadas are showing up on weather reports now
By AJ Dellinger
Another reason to legalize weed: It'll be better for the environment
By AJ Dellinger
The Southern Ocean is officially our planet's fifth ocean
By AJ Dellinger
Stay up to date