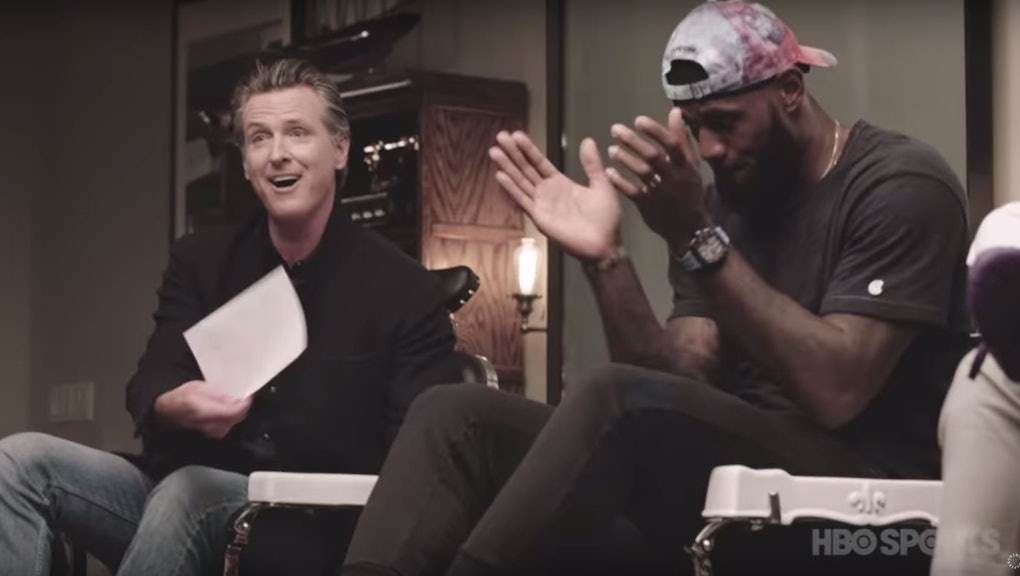 On Monday morning, California Gov. Gavin Newsom signed a law that will allow NCAA athletes in the state to make money off of endorsement deals beginning in 2023. It’s the first law of its kind in the nation — and it holds huge implications for the future of college sports.

Until now, college athletes who wanted to turn their fame, hard work, and physical risk into serious financial compensation had no way to do so through the NCAA, whose business model hinges on amateurism. The only hope for athletes then was to generate enough notoriety for themselves while playing in college that they could make it into a professional league after graduation and earn their money there — allowing college sports programs to reap vast profits in ticket sales and corporate deals without paying athletes a dime.

After garnering support from the likes of LeBron James and Sen. Bernie Sanders, the California bill got Newsom’s signature Monday morning. It will allow college athletes to earn compensation for use of their image, beyond just the scholarships and limited stipends they were previously allowed to receive from universities in exchange for their athletic contributions.

Importantly, universities themselves won’t have to pay their athletes — the money will instead come from third parties. That doesn’t mean that California schools won’t face repercussions, however. Even though they will no longer be able to prevent athletes from making money, California colleges will still be on the hook with NCAA, which forbids students from making third-party deals. That means that athletes who move to take advantage of the state’s new law may be breaching NCAA policy.

For the schools, that’s a huge problem — and one they worry might get their programs banned by the NCAA from participating in national championships, which are huge revenue drivers themselves. Programs in California would have a huge recruiting advantage over schools in states where athletes couldn’t cut deals, which begs the question of whether having them compete against everyone else is still fair. After all, if you were a star high school prospect, would you rather go to a school where you could make millions of dollars, or ... one where you couldn’t?

Newsom himself played baseball as a student at Santa Clara University in Northern California, so the issue is close to his heart. “Every single student in the university can market their name, image, and likeness; they can go and get a YouTube channel, and they can monetize that,” he told The New York Times. “The only group that can’t are athletes. Why is that?”

This legislation holds very different implications for star athletes at major schools than it does for those playing for less well-known programs, who likely wouldn’t be able to score six- or seven-figure endorsement deals. It would also likely lead to controversy over how exactly the compensation question applies to student-athletes who play for less lauded sports, not to mention historically less-funded women’s programs.

But for those with national recognition, the change will be momentous. Tellingly, Newsom signed the bill on air on James’ HBO talk show, The Shop.

James, an Ohio native and current Los Angeles Laker, skipped college to go directly from high school to the NBA, but he has talked often about how he would’ve attended the Ohio State University if he’d decided to play for an NCAA program. “I would have been one of those kids if I went off to Ohio State,” James told reporters Monday morning. “That 23 jersey would have gotten sold all over the place, without my name on the back, but everyone would have known the likeness. My body would have been on the NCAA basketball game [cover in 2004, when he would’ve played his freshman year of college], and the [Ohio State basketball arena] would have been sold out every single night if I was there.”

James’s comments echo the primary criticism of the NCAA’s amateurism model. These young athletes risk their physical health en route to their universities making millions of dollars and see little of the financial benefit. Yes, they’re often receiving scholarships for their education, but the returns are hardly equal.

Even for athletes without James’s level of fame, the endorsements rule change would still make a difference. Athletes would newly be allowed to make money by signing autographs or teaching kids at athletic camps, for example — two things they’re currently forbidden from doing. They’d also be able to hire agents and lawyers to help them land such work and navigate the business of sports.

Both the NCAA and the California-heavy Pac-12 conference, which contains some of the country’s wealthiest and most popular athletic programs, opposed the law. In a statement, the Pac-12 said the bill will “lead to the professionalization of college sports and many unintended consequences related to this professionalism.”

The NCAA released a statement in which it conceded that changes are needed to help student-athletes, but expressed that “improvement needs to happen on a national level through the NCAA’s rules-making process. Unfortunately, this new law already is creating confusion for current and future student-athletes, coaches, administrators and campuses, and not just in California.”

The organization argued that a “patchwork” of laws at the state level will disrupt the metaphorical “playing field” for athletes across the country. While it's true that different laws in different states would likely give states where players can make money a huge advantage, that doesn’t mean that such an outcome would necessarily be bad for college athletics in the broader sense. In fact, it will likely spur the NCAA towards an outcome that athletes like James have been pushing for years: the end of amateurism.

Without state bills like California’s, there would be far less pressure on the NCAA. It’s unlikely, after all, that the colleges that comprise the organization are dying to upend a status quo that lets them make millions of dollars off of unpaid student athletes.

In the wake of California’s legislation, which passed the state Senate with a bipartisan 72-0 majority, other states are lining up to pass similar bills of their own. Legislatures in South Carolina, Maryland, Colorado, and Washington are all considering similar legislation, while a bill sponsored by New York state Sen. Kevin Parker goes even further, proposing that all college athletic departments provide student athletes with a 15% share of their annual revenue.

"It's about equity," Parker told ESPN. "These young people are adding their skill, talent, and labor to these universities.” Whether the universities or the NCAA agree — and put their money where their mouth is — remains to be seen.

More like this
The Norwegian women's handball team was fined for a sexist uniform rule that no one can explain
By Vanessa Taylor
More than 200 GOP lawmakers asked the Supreme Court to overturn Roe v. Wade
By Rafi Schwartz
Should public transit be free?
By Andy Crump
Stay up to date