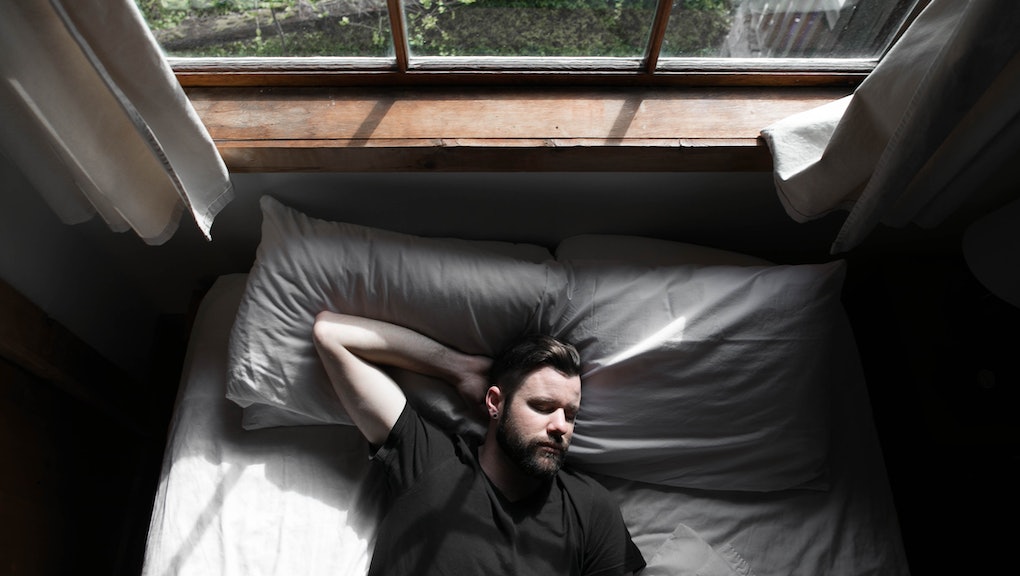 Can breathwork really help you sleep? An expert explains

Although sleep is a constant struggle for me, and even more so during the pandemic, I’m proud to say that I’ve dozed to Deepak Chopra’s guided meditations a handful of times. His sonorous baritone likely played some role, but I’ve wondered whether the deep breathing he walks listeners through also helped. It’s why I’m curious about claims that breathwork can help you sleep — at least based on my personal experience, they actually don’t seem like total Goop-y BS. I spoke with Molly Atwood, an assistant professor of psychiatry and behavioral sciences at Johns Hopkins University, to investigate.

For those unfamiliar, breathwork is a wellness and spiritual practice that’s been around for a while, but it’s gained buzz in recent years. It can take a number of forms, but it generally involves following some sort of breathing pattern, per Healthline. In the 4-7-8 technique, for example, you exhale loudly, inhale through your nose for four seconds, hold your breath for seven, and exhale loudly through your mouth for eight. Others, like whiskey breathing and box breathing, feature different sequences.

“What we typically recommend in behavioral sleep medicine is deep breathing,” Atwood says, a.k.a. diaphragmatic breathing, belly breathing, and paced breathing. The name doesn’t matter as much as what it does to your body. When you’re anxious, your fight-or-flight response is triggered, making your breathing shallow and centering it in your chest. “Deep breathing really helps to slow down your breath and focus it into the belly using the diaphragm,” which helps the opposite of the fight-or-flight response, rest-or-digest, to kick in.

So breathwork can help you chill — but can it help you sleep? First, a look at the biology of how we fall asleep: One of the systems in our brain that regulates sleep is known as sleep drive, Atwood explains. "That is basically the amount of pressure that we have built up for sleep at any given time." The longer you’ve been awake, the greater your sleep drive — in other words, the more pressure you’ve built up to sleep — until you start to feel drowsy and eventually drift off.

The fight-or-flight response that anxiety triggers can override sleep drive, though, which “has been super helpful for survival,” Atwood says. Think about it: If a fire or other dangerous situation were to break out in the middle of the night, it would snap you into alertness. That said, plenty of non-life-or-death situations — a work deadline, a romantic tiff, your latest doom scroll session — also keep your fight-or-flight system elevated, overriding your sleep drive.

That’s where breathwork can help. While there’s no evidence that it boosts sleep drive, it can dampen your fight-or-flight response enough that your sleep drive, if you have any, can more easily take over, Atwood says. It probably won’t help you fall asleep midday, since you wouldn’t have accumulated enough sleep drive by then, but it can around bedtime, if you’re feeling anxious then.

So far, there don’t appear to be studies demonstrating the superiority of one breathwork technique over another, Atwood tells Mic. If you want to engage in breathwork for sleep, don’t get too hung up on the details. The key is to slow down your breath and really direct it to your belly using your diaphragm. Try inhaling for four seconds or however long you want, and hold your breath and exhale for the same amount of time. Repeat until you notice a relaxation response, or a deep resting state.

Websites for larger institutions, like Cleveland Clinic or Harvard Medical School, are reputable sources for deep breathing exercises, according to Atwood. You can also find instructional exercises on YouTube. “It’s not a super complicated thing to practice,” she says. “I think it would be hard to find something that would steer you completely wrong.” I've found animations like this one helpful.

Not unlike yoga, breathwork taps into the intimate feedback between your mind and body, soothing the latter to soothe the former. It’s comforting that I can use if at night if I need to, with or without Deepak playing in the background.