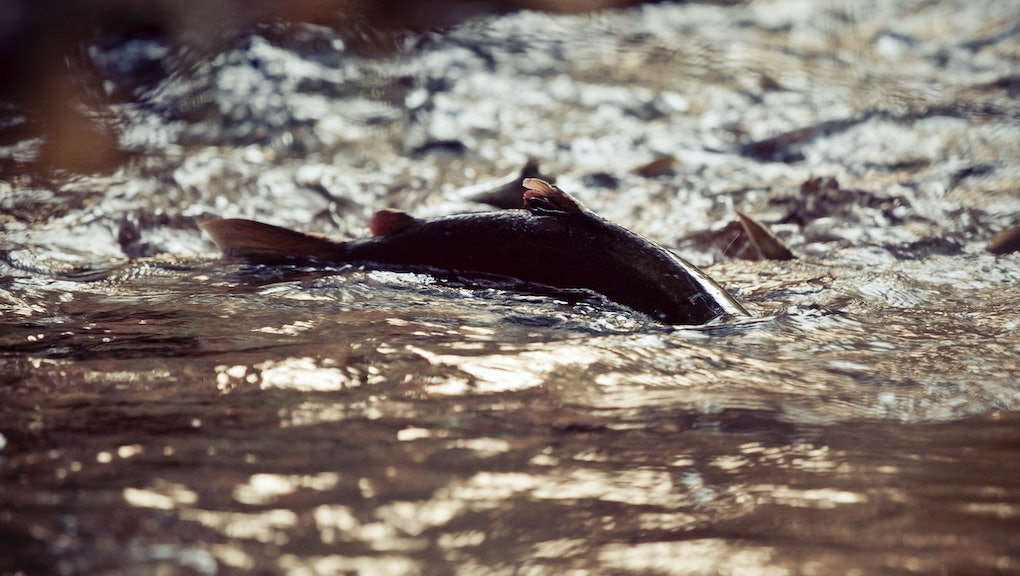 Can fish get addicted to meth? These researchers tried to find out

As a kid, you might've dreamed about being a scientist of some kind. Maybe you thought you'd spend all day looking into microscopes, telescopes, or some other kind of scope. What you probably didn't think of was the possibility of giving fish hard drugs. But it turns out that's something scientists do spend their time doing.

That's right. Researchers from the Czech Republic decided to look into whether or not methamphetamine affects wild fish in a study published in the Journal of Experimental Biology on Tuesday. It seems ridiculous, but around 269 million people across the world use drugs each year. In 2017, the National Survey on Drug Use and Health found that about 1.6 million people — or 0.6% of the population — reported using meth within the past year.

You might be asking, how would wild fish even come across meth? If you think about it, anything that you consume eventually makes its way back into the environment. (You know, like ... through your waste.) For the study, researchers had two groups of 60 trout that were placed into tanks. One tank had meth concentration levels similar to what you'd find in freshwater rivers, while the other didn't have any meth at all.

After two months, researchers moved all of the trout back to a clean tank. Then, they checked whether the trouts who were originally chilling in meth-laced water were addicted by giving them a choice between water with meth and water without. Per the study, those trout chose the water with meth four days after moving into a clean tank which, to researchers, indicated that they were going through withdrawal.

In the study, researchers said that this could result in "unexpected ecological consequences." Pavel Horký, an ecologist at the Czech University of Life Sciences in Prague who led the study, told Vice in an email, "Such contamination could change the functioning of whole ecosystems as adverse consequences are of relevance at the individual as well as population levels."

The notion that human drug use can impact aquatic life isn't brand new. Back in 2018, scientists working in the Puget Sound found that mussels there tested positive for oxycodone. A year later, researchers in the United Kingdom found traces of drugs like cocaine, pesticides, and other pharmaceuticals in samples of freshwater shrimp.

"The elicitation of drug addiction in wild fish could represent another example of unexpected evolutionary selection pressure for species living in urban environments, along with ecological side effects of human societal problems within aquatic ecosystems," Horky told Vice.

To be clear, though, the trout who spent their time swimming in meth water didn't have huge differences from the ones that didn't. Per the study, trout in the clean-water group freely swam into the meth water 41.5% of the time, compared to 50.5% for the meth group. So it's worth questioning if researchers could truly say that the trout were addicted to meth. But regardless of what language is being used in coverage, it's an interesting study to look into.