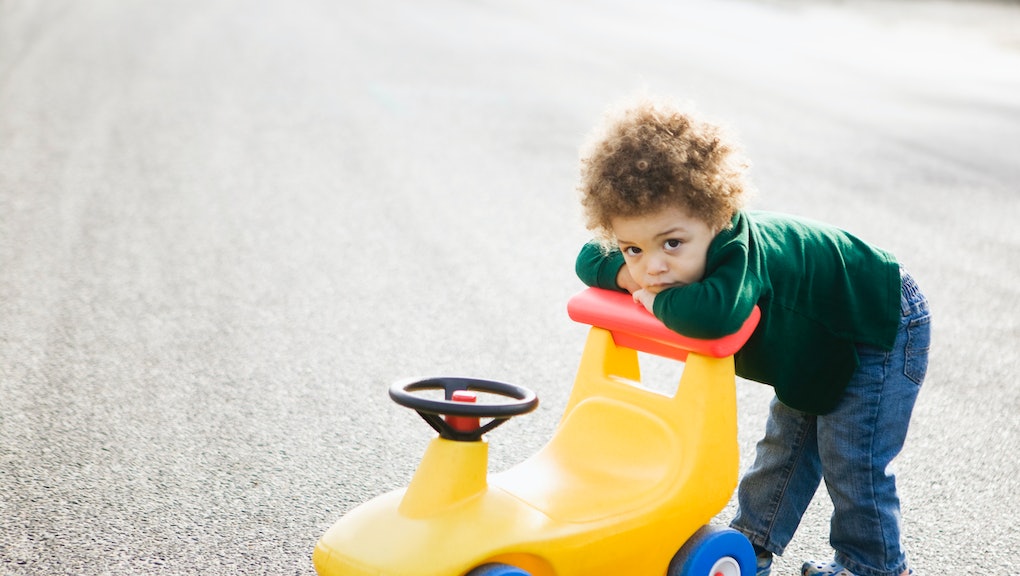 Parents who want to raise their children in a gender-nonconforming way have a new stocking stuffer this year: the gender-neutral doll.

Announced in September, Mattel’s new line of gender-neutral humanoid dolls don’t clearly identify as either a boy or a girl. The dolls come with a variety of wardrobe options and can be dressed in varying lengths of hair and clothing styles.

But can a doll — or the growing list of other gender-neutral toys — really change the way we think about gender?

Mattel says it’s responding to research that shows “kids don’t want their toys dictated by gender norms.” Given the results of a recent study reporting that 24% of U.S. adolescents have a nontraditional sexual orientation or gender identity, such as bisexual or nonbinary, the decision makes business sense.

As a developmental psychologist who researches gender and sexual socialization, I can tell you that it also makes scientific sense. Gender is an identity and is not based on someone’s biological sex. That’s why I believe it’s great news that some dolls will better reflect how children see themselves.

Unfortunately, a doll alone is not going to overturn decades of socialization that have led us to believe that boys wear blue, have short hair and play with trucks; whereas girls like pink, grow their hair long and play with dolls. More to the point, it’s not going to change how boys are taught that masculinity is good and femininity is something less — a view that my research shows is associated with sexual violence.

The kinds of toys American children play with tend to adhere to a clear gender binary.

Toys marketed to boys tend to be more aggressive and involve action and excitement. Girl toys, on the other hand, are usually pink and passive, emphasizing beauty and nurturing.

Around the turn of the 20th century, toys were rarely marketed to different genders. By the 1940s, manufacturers quickly caught on to the idea that wealthier families would buy an entire new set of clothing, toys and other gadgets if the products were marketed differently for both genders. And so the idea of pink for girls and blue for boys was born.

Today, gendered toy marketing in the U.S. is stark. Walk down any toy aisle and you can clearly see who the audience is. The girl aisle is almost exclusively pink, showcasing mostly Barbie dolls and princesses. The boy aisle is mostly blue and features trucks and superheroes.

Breaking down the binary

The emergence of a gender-neutral doll is a sign of how this binary of boys and girls is beginning to break down – at least when it comes to girls.

A 2017 study showed that more than three-quarters of those surveyed said it was a good thing for parents to encourage young girls to play with toys or do activities “associated with the opposite gender.” The share rises to 80% for women and millennials.

But when it came to boys, support dropped significantly, with 64% overall – and far fewer men – saying it was good to encourage them to do things associated with girls. Those who were older or more conservative were even more likely to think it wasn’t a good idea.

Reading between the lines suggests there’s a view that traits stereotypically associated with men – such as strength, courage and leadership — are good, whereas those tied to femininity – such as vulnerability, emotion and caring — are bad. Thus boys receive the message that wanting to look up to girls is not OK.

And many boys are taught over and over throughout their lives that exhibiting “female traits” is wrong and means they aren’t “real men.” Worse, they’re frequently punished for it – while exhibiting masculine traits like aggression are often rewarded.

How this affects sexual expectations

For example, a 2015 study I conducted with three co-authors explored how participants felt their gender affected their sexual experiences. Roughly 45% of women said they expected to experience some kind of sexual violence just because they are women; whereas none of the men reported a fear of sexual violence and 35% said their manhood meant they should expect pleasure.

And these findings can be linked back to the kinds of toys we play with. Girls are taught to be passive and strive for beauty by playing with princesses and putting on makeup. Boys are encouraged to be more active or even aggressive with trucks, toys guns and action figures; building, fighting and even dominating are emphasized. A recent analysis of Lego sets demonstrates this dichotomy in what they emphasize for boys – building expertise and skilled professions – compared with girls – caring for others, socializing and being pretty. Thus, girls spend their childhoods practicing how to be pretty and care for another person, while boys practice getting what they want.

This results in a sexual double standard in which men are the powerful actors and women are subordinate. And even in cases of sexual assault, research has shown people will put more blame on a female rape victim if she does something that violates a traditional gender role, such as cheating on her husband — which is more accepted for men than for women.

A 2016 study found that adolescent men who subscribe to traditional masculine gender norms are more likely to engage in dating violence, such as sexual assault, physical or emotional abuse and stalking.

Mattel’s gender-neutral dolls offer much-needed variety in kids’ toys, but children — as well as adults — also need to learn more tolerance of how others express gender differently than they do. And boys in particular need support in appreciating and practicing more traditional feminine traits, like communicating emotion or caring for someone else — skills that are required for any healthy relationship.

Gender neutrality represents the absence of gender — not the tolerance of different gender expression. If we emphasize only the former, I believe femininity and the people who express it will remain devalued.

So consider doing something gender-nonconforming with your children’s existing dolls, such as having Barbie win a wrestling championship or giving Ken a tutu. And encourage the boys in your life to play with them too.

This article was originally published on The Conversation by Megan K. Maas. Read the original article here.

More like this
Makeup for men wants to defy the gender binary — but does it really?
By Melissa Pandika
The fast food industry's predatory marketing blatantly targets Black and Latinx youth
By Taneasha White
They couldn't fly their Pride flag, so this couple turned their house into a rainbow
By Tracey Anne Duncan
Stay up to date