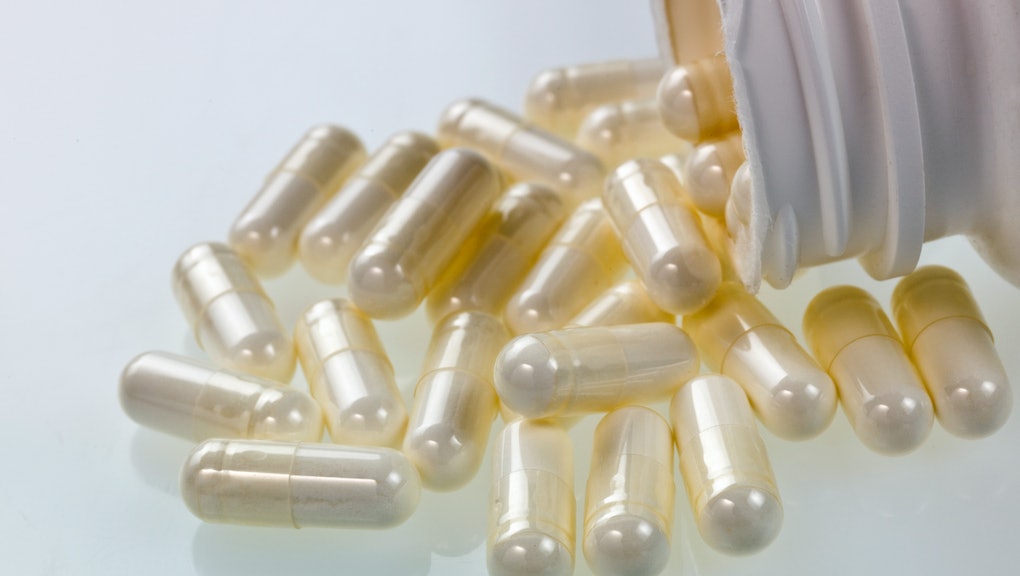 Can melatonin and valerian root actually help you sleep?

If a good night’s sleep seems to constantly elude you, you’re probably willing to try almost anything to find it. And a huge global sleep aids market — projected to hit nearly $80 billion by 2023, according to an Allied Market Research report — promises to help. This includes supplements, like melatonin and valerian, both of which have generated buzz for their purported ability to help you fall asleep “naturally.” As a light sleeper myself, I get the appeal. A natural supplement that puts you to sleep? Take my money.

At the same time, the supplement world is notorious for inflated claims, so the hype around melatonin and valerian makes me more than a little skeptical. I asked experts to help me investigate whether science backs up these popular sleep supplements.

Let’s start with melatonin. Although you can take it as a supplement, “melatonin is actually a hormone that our brains”— specifically, the tiny, pinecone-shaped pineal gland — "naturally produce,” Molly Atwood, an assistant professor of psychiatry and behavioral sciences at Johns Hopkins University, tells me. Melatonin plays a crucial role in controlling our sleep-wake cycles, and its levels increase as it gets dark. “It’s a signal to our body that it’s time for sleep to start.”

As a result, “the thought is, if we can supplement with melatonin, maybe we can improve the body’s circadian rhythm to help you sleep better,” says Evelyn R. Hermes-DeSantis, clinical professor at the Rutgers Ernest Mario School of Pharmacy.

There’s some truth to this rationale, according to the research so far. Studies suggest melatonin works in people with delayed sleep phase syndrome, meaning they take more than two hours to fall asleep, Hermes-DeSantis says. Atwood explains that taking small doses (between around 0.1 and 0.5 milligrams) of melatonin six or seven hours before going to bed may help them shift their sleep phase so they can fall asleep and awaken earlier. Melatonin may also be effective in shift workers, people suffering from jetlag, or people who are blind and don’t have visual cues for day or night, according to Hermes-DeSantis.

But when it comes to insomnia, “that’s where the data gets a little bit fuzzier,” she says. Atwood agrees, pointing out that “there’s less support” for taking melatonin at higher doses (around five milligrams) close to bedtime to induce sleep.

Hermes-DeSantis cites a recent analysis of around 5,000 studies comparing melatonin to a placebo. The authors focused on 12 they deemed to be designed to ensure that any differences in the responses of the treatment and placebo groups was due to melatonin. They found that melatonin helped study participants sleep a very modest seven to 12 minutes faster. Likewise, the results on how long it helped participants stay asleep were all over the place. A couple showed a two-minute increase, while one showed a 13-minute increase. “In terms of sleep quality, there’s not much evidence melatonin can help,” Atwood says.

Hermes-DeSantis also notes that these studies looked only at people clinically diagnosed with primary insomnia, a type of insomnia, which, in turn, refers to being chronically unable to clock in enough sleep for well-being and ideal functioning, per the Mayo Clinic. They didn’t look at, say, people who occasionally toss and turn at night. “How that fits into a general population is not as clear-cut.”

In other words, melatonin might help you sleep, and if it does, it’ll probably help you sleep only marginally faster than you would otherwise. The good news is, it’s “relatively safe,” with a normal dose ranging anywhere between 0.3 to 10 milligrams, Hermes-DeSantis says. Atwood adds that although it appears to be generally safe in the short term, we don’t know much about its effects long term.

In general, she cautions adolescents and those who are pregnant, or think they might be, from taking the supplement. Some side effects can include headaches, upset stomach, high or low blood pressure, and nightmares or vivid dreams. (I can attest to the latter, which convinced me to eventually stop taking melatonin.) Hermes-DeSantis recommends consulting your physician and pharmacist before you start taking it.

And remember, supplements aren’t regulated by the Food and Drug Administration, so the concentration listed on the label might not reflect what the supplement actually contains, Atwood points out. Hermes-DeSantis adds that supplements may even contain contaminants and recommends looking for products that bear the USP Verified Mark to ensure it meets certain quality standards.

Before we move onto what the research has to say about valerian, a little background: Valerian is an herb native to Asia and Europe, according to the Office of Dietary Supplements at the National Institutes of Health. Tablets and capsules are made from extracts and dried plant materials, and tinctures and teas from dried roots, which have a strong odor, per the Guardian. The outlet also points to its use in ayurvedic and traditional Chinese medicine.

The mechanism underlying valerian’s purported sleep-promoting properties isn’t entirely clear, Hermes-DeSantis and Atwood tell me. “It’s believed that it inhibits the uptake of one of the chemicals in your brain called GABA, and stimulates its release,” which would contribute to a somnolent effect, Hermes-DeSantis says.

There are far less clinical trials of valerian root than melatonin, though, she adds. In some studies, valerian made participants fall asleep around 15 or 17 minutes faster — but “other studies, not so much,” Hermes-DeSantis says. As with melatonin, any reductions in sleep onset were modest, at best.

Atwood cites an analysis of previously published studies showing that valerian slightly improved sleep quality, but “the methodology of those studies is really quite poor.” Some included very few participants, or used measures that weren’t standardized or validated. Their treatment regimens also varied widely, so we don’t know the ideal dose to take, or for how long. And overall, valerian appears to be only “possibly effective for insomnia,” Hermes-DeSantis says.

In other words, as with melatonin, we don’t have enough evidence to conclude that valerian can help with insomnia, or sleep quality. But, also like melatonin, valerian is generally safe and well-tolerated, at least short-term, Atwood says, although whether this holds up long-term isn’t clear. In studies so far, a single dose typically ranges between 400 and 900 milligrams.

Again, talk to your physician and pharmacist before you start taking valerian, Hermes-DeSantis says, adding that possible side effects include headache, upset stomach, dry mouth, and drowsiness the next morning. Since valerian can make it more difficult for the liver to metabolize medications, Atwood advises against taking it if you have liver disease.

You probably also want to avoid it if you’re taking an opiate or benzodiazepine, like Xanax or Valium, which suppress the nervous system, since valerian may do the same. And as with melatonin or any supplement, look for that USP Verified Mark, Hermes-DeSantis says, to ensure that the product you buy actually contains valerian in the amounts listed on the label, and no shady contaminants.

Although some for whom melatonin doesn’t seem to work report having more luck with valerian, “unfortunately there’s no good head to head comparisons” of the two supposed sleep remedies, Hermes-DeSantis says. Atwood thinks what we could be seeing here is the tendency for people with sleep troubles to try different things to see what sticks.

For those of us with chronic sleep difficulties, though, the solution probably isn’t in the form of a supplement or medication, she says. The gold-standard, first-line treatment is actually cognitive behavioral therapy. “That works for the majority of people.” It includes anywhere between four and eight sessions, “and it has much longer-lasting effects than anything you can get over the counter or through a prescription.” She suggests seeking out self-help books and app-based programs. And if you think you’re struggling with chronic insomnia, reach out to a sleep specialist. “Many of us are now doing telemedicine,” she says.

The ease and convenience of popping a sleep-promoting supplement perfectly aligns with our fast-paced lives, so much so that it seems too good to be true — and according to the research, it is.

This article was originally published on Oct. 14, 2020

More like this
Castor oil for hair growth: Does it actually work?
By Melissa Pandika
Wanting to start a family motivated us to pay off $126K in a year
By Marianne Eloise
Can't bear to be in a relationship right now? Blame de-cuffing season
By Suzannah Weiss
Stay up to date