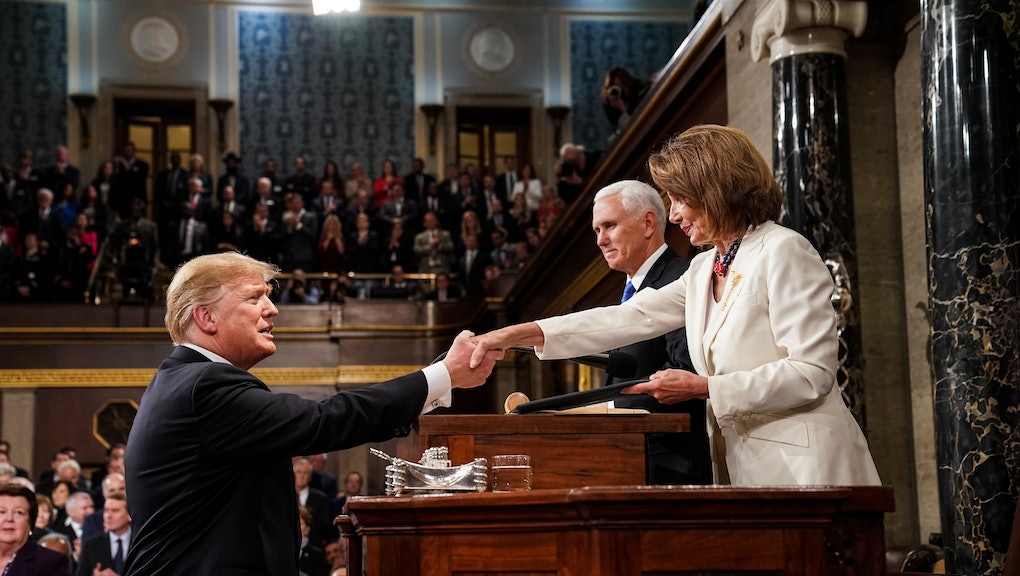 Can the impeachment process be fair?

There's a word that keeps coming up, whether you're watching the nightly news, scrolling through Twitter, or talking to your family. "Fair." Or maybe, actually, the word is "unfair." President Trump tweeted that his impeachment hearing was the "most unfair hearing in the history of the United States Congress." House Speaker Nancy Pelosi said the trial process that Senate Majority Leader Mitch McConnell has suggested is "unfair." But can impeachment be fair, truly? Experts have noted again and again that this is a political process, but professors and constitutional theorists tell Mic that historically, impeachment is designed to be — and still can be — a fair process.

"The framers put impeachment into the Constitution as a peaceful, legal, and orderly means for dealing with a rogue president, as opposed to the remedies of their time, which were assassination or revolution," says Allan Lichtman, a professor of history at American University and author of The Case for Impeachment. "It’s not impeachment that’s broken, it’s the political system that's broken."

The way impeachment works is that the House of Representatives acts as a grand jury deciding whether to indict the president, and then the Senate decides whether to remove him from office. It goes back to the separation of powers, where the executive, legislative, and judicial branches are able to act as checks and balances on one another. With impeachment, the power lies within the legislative branch.

The framers of the Constitution gave the power to hold an impeachment trial to the Senate rather than the Supreme Court for a good reason, says Philip C. Bobbitt, a constitutional theorist, professor, and director of the Center for National Security at Columbia Law School. "If the president were to be prosecuted and convicted after having been removed, they feared that the appeal would go to the Supreme Court, and they didn't want the court to be recused" because it had presided over the removal case, he says.

So instead, the trial is held in the Senate, where senators take an oath that they will try the case according to law and with complete impartiality. And right now with the Trump impeachment, it's this commitment to impartiality that seems to be missing, experts point out.

"There are many cases in which the Constitution depends upon the person doing the deciding to look into her own conscience. This is one of them."

The Senate trials for the impeachments of Presidents Andrew Johnson and Bill Clinton were fair, Lichtman says. The reason for that, he points out, was because of the ability to hear testimony from witnesses and access to evidentiary material.

In the Johnson trial, both the prosecution and defense called witnesses to testify, and in the Clinton trial, key witnesses — Monica Lewinsky, presidential confidants like Sidney Blumenthal, and Clinton himself — testified during the House impeachment hearings, Lichtman notes. Plus, in the Clinton trial, there had already been a years-long investigation by a special counsel, and senators had access to the report and boxes of supporting material.

But Trump's impending impeachment trial is not like the others. It is missing bipartisan agreement on the rules, McConnell won't agree to call key witnesses (whom the president has instructed not to testify), and senators don't have access to documents that Trump has also demanded not be released despite a subpoena.

"This is a turning point in American history, that if the impeachment power means anything, we have to trust that the Senate will uphold it and use it seriously," says Corey Brettschneider, a professor of political science at Brown University and author of The Oath and the Office: A Guide to the Constitution for Future Presidents. "And if they refuse to do that, there's a real question as to whether or not they're putting the future ability to check a president in jeopardy."

So far, though, McConnell has refused. In various interviews, he has said the following:

Everything I do during this I'm coordinating with the White House counsel. There will be no difference between the president's position and our position as to how to handle this to the extent that we can. ... We'll be working through this process, hopefully in a fairly short period of time, in total coordination with the White House counsel's office and the people who are representing the president in the well of the Senate.

I'm not an impartial juror. This is a political process. There's not anything judicial about it. The House made a partisan political decision to impeach. I would anticipate we will have a largely partisan outcome in the Senate. I'm not impartial about this at all.

"When the majority leader says he's not going to be impartial, it's really a rejection of the fundamental process outlined in the Constitution," Brettschneider says.

Beyond the fact that McConnell has admitted he won't be impartial, the testimony of key witnesses — including John Bolton, the former national security adviser, and Mick Mulvaney, the acting White House chief of staff — is still missing, as are documents that the White House has refused to provide. In order for the trial to be truly fair, senators need to have the full picture. And in order for that to happen, according to the experts on impeachment, it's up to the Senate to put their politics aside for the moment and decide to make this a fair process.

"There are many cases in which the Constitution depends upon the person doing the deciding to look into her own conscience," Bobbitt says. "This is one of them. If the vote in the Senate breaks down along strictly party lines, it seems unlikely to me that the matter was tried with complete impartiality. And that's a shame."