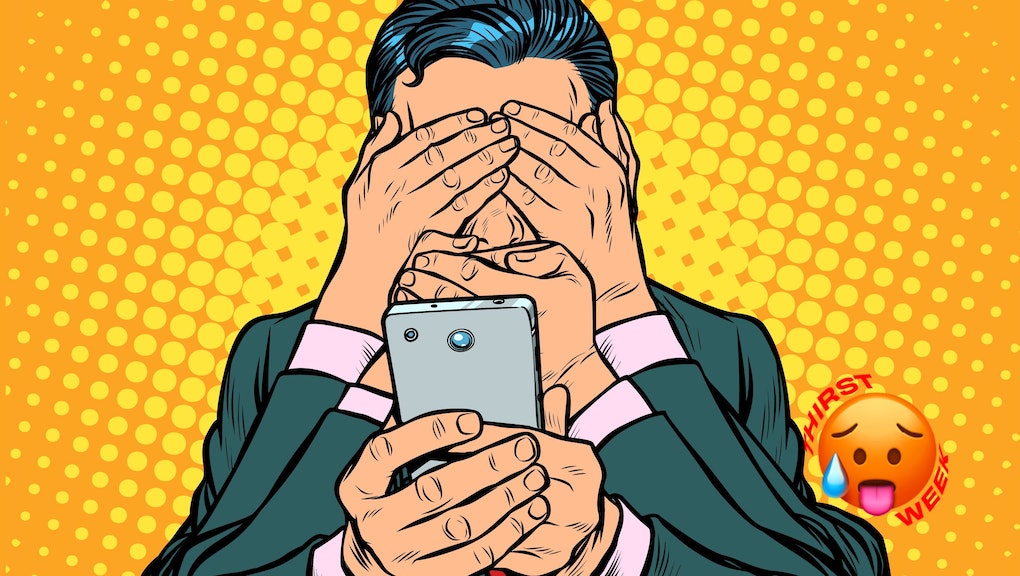 Can the next generation of candidates make politics more sex-positive?

This story is part of Thirst Week, a Mic series that explores modern desire and how the world around us shapes the way we lust.

The 2018 midterms were hailed as a major turning point for many marginalized groups in this country: women, people of color, millennials, and members of the LGBTQ+ community saw significant gains in Congress and at the state and local levels. Those wins, however, mask a harsh truth: Whenever society takes a step forward, criticism isn’t far behind, particularly against those who refuse to conform to strict traditional expectations of what it means to be in elected office.

When it comes to the sexuality and relationship statuses of candidates, those ideals are particularly confining: Our society has historically preferred cisgender, heterosexual, monogamous candidates, ones with squeaky clean relationship histories and no sexts or nudes to speak of. And when people break those molds, the backlash is swift — and harsh.

No one better exemplifies the costs of not following those norms than former Rep. Katie Hill of California. In late 2019, Hill was a young and openly bisexual congresswoman going through a difficult divorce when conservative website RedState alleged that Hill and her then-husband had engaged in a relationship with a campaign staffer during her 2018 campaign. RedState also leaked explicit photos of Hill without her consent. Additionally, the same outlet alleged that she was carrying on a sexual relationship with a current congressional staffer — a potential violation of the congressional ethics code — which Hill denied. In the middle of all of this, Hill alleged that her estranged husband was abusive and hinted that he was behind the leaks, which she said amounted to a “smear campaign.”

Hill was, in many ways, deviating from the tangle of tightly wound and followed social norms for what it means to be a congresswoman. She was a millennial in a legislative body where the average age of a representative is roughly 47; before the 2018 midterms, that average age was even higher, at 57. At the start of 2019, there were only 10 openly LGBTQ+ people in Congress total. And while there aren’t official statistics, it’s safe to say that many of her fellow representatives were married and campaigned partially on the idea of simple, stable, monogamous relationships bound in matrimony and commitments to raising nuclear families.

In other words, Hill’s candidacy — and electoral victory — were subverting a whole pile of rigid societal structures around gender, age, sexuality, and relationships right from the jump. It’s hard to argue that the treatment of Hill when information about her relationships came to light was solely because of its ethical quandaries, as much as her detractors want to believe that; rather, it was a system rejecting a woman who broke too many subtle (and often not-so-subtle) rules around what it means to be an elected official in the United States.

Hill’s scandal and subsequent resignation proves just how far our society has to go — including amongst people who consider themselves exceedingly liberal or accepting. And these rigid expectations of a candidate’s personal life more often restrain individuals who are women, people of color, or part of the LGBTQ+ community.

This suspicion of people running for office who don’t neatly conform to social norms around sexuality and relationships happened long before current preoccupations with texting or social media. “Honestly, othering one’s opponent for the sake of votes isn’t new, nor is it a result of either our current technology or our growing understanding of gender, sexuality, and relationships,” explains Royce Brooks, the executive director of Annie’s List, an organization that supports progressive women running for state and local office in Texas. “Whether it’s sexuality or religious difference or single motherhood, candidates have always run the risk of being attacked based on their perceived divergence from the norm.”

Are we really going to disqualify an entire generation from running for office all for the sake of a little pearl-clutching?

The fact that something as universal as motherhood has been historically used against female candidates should make it no surprise that when people deviate even slightly from traditional structures, criticism and backlash results. For mothers, they were deviating from the idea that only powerful and brash men should run for office; for women in general, they’re fighting against the notion that femininity is weakness. While we’re still making progress on those fronts, a third has now been introduced: the expectation that candidates for office have lived pure and chaste lives.

While that expectation has always been present for candidates and elected officials, our technology-driven society has made it more common for private matters to become public. It’s led to a reckoning of why certain acts are considered “bad” to begin with, when they’re conducted between consenting adults. Take sexting, for example. One study found that almost 9 in 10 American adults have sexted, and 96% of them endorse the practice; another report found that half of people who received sexts stored them on their phones, meaning that nothing is as discreet or temporary as we think it is. People ages 18-24 are also more likely to sext than their older counterparts.

Hill, therefore, isn’t the anomaly she was painted to be — and vilified as. She’s the norm, particularly for younger generations. And perhaps, instead of treating sexting as a shameful practice for deviants, it’s time to see it as a routine part of the digital society we currently live in. If the vast majority of young American adults are sexting, are we really going to disqualify an entire generation from running for office all for the sake of a little pearl-clutching?

Consider too that previous political sexting scandals — Anthony Weiner, Joe Barton, Steve Montenegro — involved cisgender, heterosexual men texting with women. The obstacles for individuals who don’t fit the narrow mold of what a candidate’s relationship “should look like” are even larger, even if there aren’t any sexually suggestive messages to speak of. Danica Roem, who became the first openly transgender person to win a statehouse election in the U.S., talked often about the transphobic attacks she faced from opponents on the campaign trail.

Noah Dyer, a former gubernatorial candidate in Arizona, and Misty Plowright, a former trans congressional candidate in Colorado, both spoke about their support for and participation in open and polyamorous relationships — and coincidentally or not, neither is in office. Dyer, who published a brief description of his sexual history on his campaign website in which he acknowledged having “both deep and casual sexual experiences” including group sex and sex on camera, ultimately withdrew from the Arizona race after not receiving support from Democratic Party leadership. Plowright won her primary against a Democratic challenger, but lost handily to a Republican incumbent in a conservative district.

There’s also the issue of American voters becoming more accepting of some non-traditional candidate identities and backgrounds, but not others. For example, while there’s no doubt that 2020 presidential candidate Pete Buttigieg, the former mayor of South Bend, Indiana, has experienced homophobia on the campaign trail, his run as a gay person has largely been hailed by Democrats as a win for historical progress. But he still enjoys the benefits of being a white cisgender man who’s in a monogamous marriage with a supportive partner — as well as being a candidate who embraces many existing political institutions and norms.

On the flip side, “there are more Americans who are younger considering non-traditional romantic relationships like polyamory, but the open discussion from those in open relationships [who are candidates] is still exceptionally limited to non-existent,” Atima Omara, president of the Omara Strategy Group who works with candidates from underrepresented backgrounds, tells Mic. In other words, it’s not a question of if people from these backgrounds are running, but rather who feels safe in disclosing that information.

The battle, then, is not just to accept certain expressions of sexuality, gender identity, and relationships, but all of them. Will political institutions loosen up, or will we be stuck in this rigid structure forever?

A lot of this falls on the part of candidates and voters. Omara says that the best thing candidates can do is be open with the public about their lives and experiences. Exposure is the best way for voters to become attuned to changes over time. “For the young people in candidate trainings who have asked me, ‘Well, what if there is something … ’ I say, ‘Well, be prepared to own it and talk about it,’” Omara explains. “More than anything, especially now, voters want authenticity.”

It’s critical for voters to not just be open-minded about candidates’ backgrounds, but to also actively support those candidates. Voters having conversations with friends, family, and community members about identity slowly moves the needle — not to mention exercising their right to vote against candidates who don’t embrace inclusive values. It’s not enough just to vote people into office from a range of identities and experiences; people who discriminate against such individuals need to be taken out of office too.

Brooks argues it’s this two-pronged approach that will eventually bring progress to the American political sphere. “We’ll only see an end to gender-, sexuality-, and relationship-based attacks,” she says, “when it’s made clear that those tactics won’t help you get elected.”

This article was originally published on Feb. 14, 2020