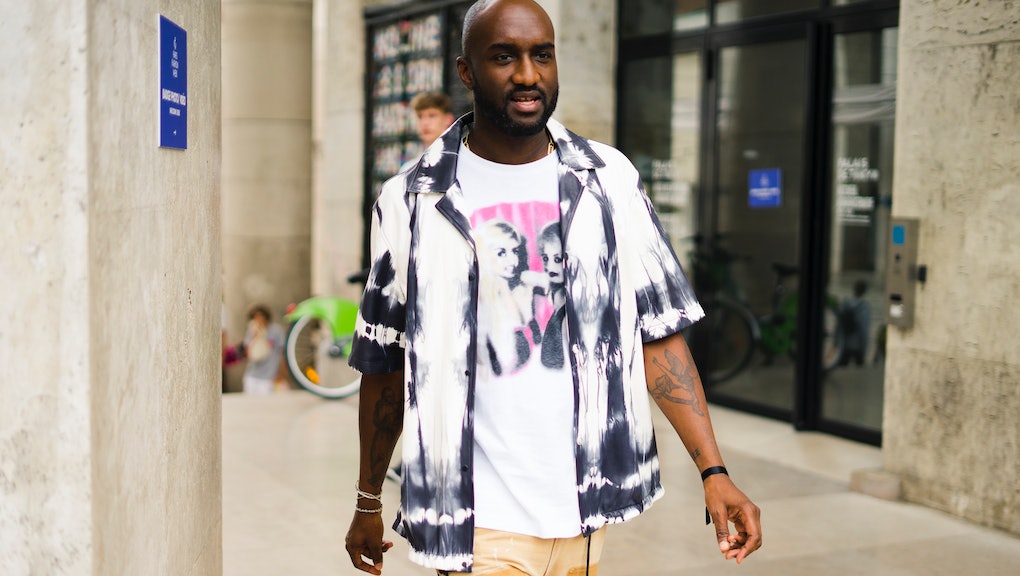 Can Virgil Abloh ever bounce back?

Last year, the fashion designer Virgil Abloh inspired controversy on social media after he posted an Instagram Story featuring members of his design team. Abloh, who became the first Black menswear artistic director at Louis Vuitton in 2018, was heralded as a lodestar for racial progress in the fashion business and yet appeared to have no Black people working for him. The episode fanned the flames of already simmering attitudes towards the 39-year-old designer, who is no stranger to criticism for cribbing the work of lesser-known Black creatives. Still, after releasing a statement, Abloh mostly escaped any long-term reputational damage. The same can't be said for the designer's more recent missteps, which might prove more permanently damning. As the nation’s anger over the police killing of George Floyd boiled into a righteous fury, Abloh couldn’t seem to keep his foot out of his mouth. Worse, his allegiances appeared to align more with moneyed interests than with the Black community.

It started when protests in Minneapolis exploded into open revolt. Police cruisers lay charred in the street, and an entire precinct was overrun by protesters. Moments after the President tweeted a thinly veiled dog whistle advocating for the government-sanctioned killing of protesters, Abloh simply tweeted: “Vote” (quotations added). People seemed to lose their patience, as the online backlash arrived swiftly. And rightfully so. Nevermind the fact that the Democratic nominee for president is the same man responsible for a piece of crime legislation that effectively codified the current carceral state for a generation. Abloh’s thin-skinned advocacy missed the point of the protests. Generations of voting have done nothing to stop the senseless killing of Black people by the police. If it were ever a sufficient solution, the time for relying solely on the electoral process has long since passed. The burning police cruisers in cities around the country last week should have made that abundantly clear.

But then Abloh deleted the tweet and it seemed as though he might exit another controversy unscathed. That was until he delivered a trifecta of ill-advised public comments that may cement his still-young legacy for the worse. In a bizarre follow-up to his toothless invocation of the valor of voting, Abloh took to Instagram to share, and then delete, a repost from actor Timothée Chalamet, along with the caption: “humanity needs our ideas the most.” Again, it was unclear what Abloh was saying here. That, during a once-in-a-generation uprising of Black people, the world needed to hear from a white 24-year-old movie star? Soon after, Abloh was back on Instagram, this time admonishing looters in Los Angeles for ransacking his friend Sean Wotherspoon’s streetwear resale shop, and looters in his hometown of Chicago for stealing from his friend Don Crawley’s RSVP Gallery. Again, Virgil’s attention was laser-focused on himself and his immediate orbit, all while the country’s attitudes towards policing escalated from defunding to dismantling.

It would apper that Abloh's sensibility could not have been more ill-suited for a truly revolutionary moment. Though ostensibly rooted in subcultures, the designer's concerns amidst a real-life uprising revealed cracks in his veneer of iconoclasm

The coup de grâce came when Abloh shared a screenshot of a $50 donation to a Miami bail fund. Commenters, at this point exhausted with the designer's public antics during this latest crisis, quickly pointed out the discrepancies between prices for pieces from Abloh's streetwear label Off-White and his apparent donation. The mercurial winds of public perception had officially moved away from Abloh's orbit. The zeitgeist-y designer who, for a time, seemed to grace the cover of every major fashion magazine, and whose name can be heard on what seems like every major hip-hop release of the past several years, had been reduced to a meme. With head-spinning speed, Abloh's name came to represent $50.

After sending, and then retracting, a statement to the New York Times, Abloh clarified his donation (it was actually over $20,000) and shared his own personal history with discrimination.

“I apologize that my comments yesterday appeared as if my main concerns are anything other than full solidarity with the movements against police violence, racism and inequality,” he wrote in a note posted to his Instagram. “I apologize that it seemed like my concern for those [looted] stores outweighed my concern for our right to protest injustice and express our anger and rage in this moment.”

But, like any meme, "two Virgils" (meant to mean 100, get it?) is about more than just one thing. It has to do with the designer's response to a historic moment, but also the small hypocrisies that come to define fame. For all of the accolades he'd received as a symbol of progress in the fashion industry, Abloh couldn't read the room. As with the countless celebrities, brands, and newsrooms facing a more emboldened and courageous public, the laurels of fame and prestige don't hold the weight that they might have just a few weeks ago. It will be hard to imagine Off-White, or Abloh's re-imagined menswear for Louis Vuitton, being decoupled from "two Virgils" jokes anytime soon, if ever.

"Today’s internet generations have been graced with equity at birth, in that they have the means to create power for themselves, even if they do not start out with it," Abloh wrote in a New York Times an Op-Ed last year. "In the digital world, the myth of power persists as a construct. To believe that you have power is to have it."

If Abloh believed himself to be powerful before, the internet has surely proven him wrong.

More like this
Turns out "one size fits most" is the least bad thing about Brandy Melville
By Kara Weisenstein
The 8 best reality shows you're not watching, but should be
By Brandon Yu
Megan Rapinoe, Nneka Ogwumike, and 500 more elite women athletes took a stand for abortion rights
By Keith Nelson Jr.
Stay up to date