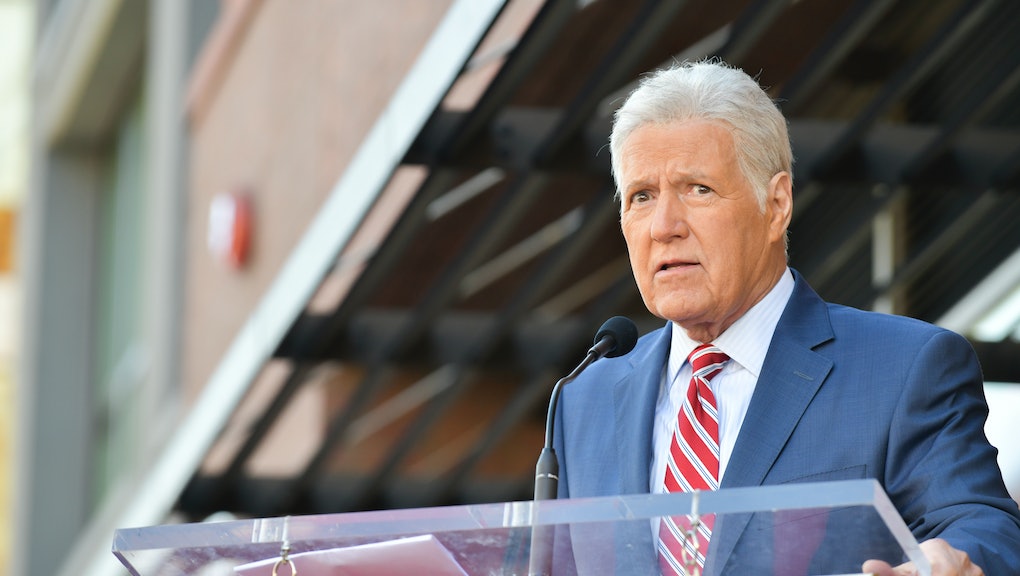 Can we wait a minute before replacing Alex Trebek?

Since Alex Trebek’s death on Sunday morning, there’s been a flood of tributes and greatest hits compilations making their way around the internet. One of the few universally revered TV personalities, Trebek’s impact extended far beyond just trivia fanatics and nightly viewers. But the sportsbooks know no sympathy! If you can bet on The Masked Singer, you can certainly bet on the next Jeopardy! host, and the markets are already speculating on Trebek’s successor.

Through gossipy news posts, leaks, and odds roundups, the media chase for Trebek’s replacement is well underway, more than a month before his final episode is set to air. Some of the names were to be expected — the Greatest of All Time winner Ken Jennings, George Stephanopoulos — and others...certainly less expected. (Joe Rogan? Nick Cannon?? Donald Trump???)

One sportsbook posted by the Washington Post’s Steven Zeitchik strangely pegged Neil deGrasse Tyson and and Pat Sajak among the four most likely candidates to take over. ESPN host Mina Kimes was as surprised as anyone to appear among the top 15. Trebek’s own picks for a successor, LA Kings announcer Alex Faust and CNN host Laura Coates, also appear in the upper tier of odds. Whoever the betting markets are leaning toward, maybe we should cool it a bit with this!

Just one day after the news broke, reps for Stephanopoulos were reportedly jockeying for the ABC News anchor to take over, per a report in The Wrap. A source from ABC denied that the host was already making a push to the New York Post. “Of course he’s not lobbying … how disrespectful would that be to Alex’s family,” the source said.

There’s ample speculation that the New York Post has been trying to woo Trump into conceding the election, with rumblings of a $100 million book advance (never going to happen) and as a longshot replacement for Trebek (absolutely never going to happen.)

Anyway, Jennings joining on the show in his final months as a consulting producer certainly positions him as the favorite to take over, and the sportsbooks reflect that likelihood. The show’s producers at least seem in no rush to reveal a replacement before Trebek’s episodes finish airing, noting that they don’t currently have plans to announce what’s coming after Trebek’s final run. A little time to breathe and ride out his last episodes on air certainly wouldn’t hurt anyone.

More like this
Willie Garson’s pristine performance on 'Sex and the City' changed queer representation forever
By Chloe Stillwell
After shutting up for a minute, celebrities want everyone to listen to them again
By Brandon Yu
The 8 best reality shows you're not watching, but should be
By Brandon Yu
Stay up to date