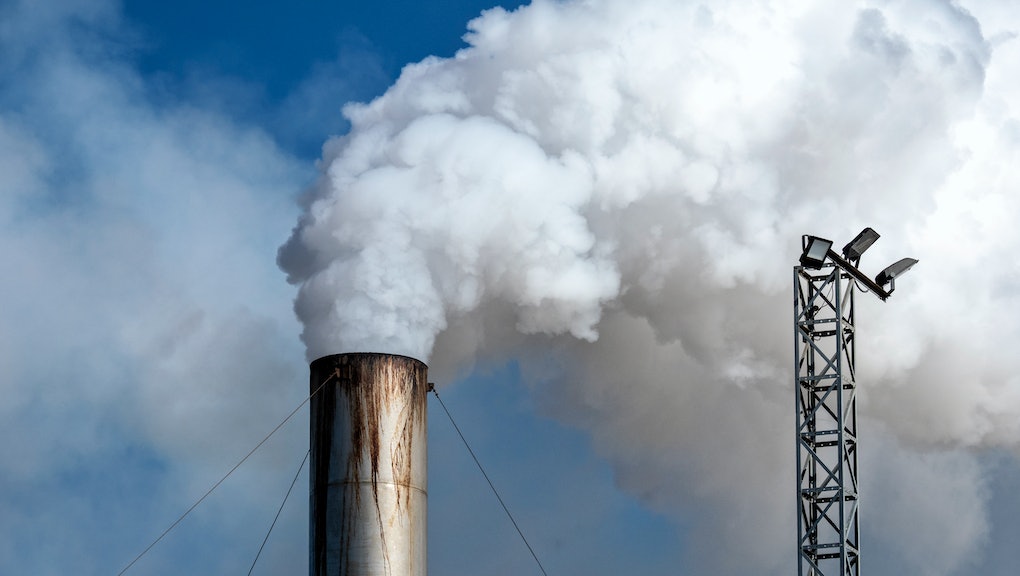 Humans have known that climate change was a pressing issue for decades, but the deadline for actually addressing the problem might come sooner than expected. A study published Wednesday in the journal Nature Scientific Reports suggests that the amount of carbon dioxide in the Earth’s atmosphere is approaching levels that have not been seen in 15 million years, and have likely never been experienced by humans or their ancestors. This revelation comes as a new report from the World Meteorological Organization (WMO) found that there is an increasing likelihood that the Earth will see global temperatures exceed 1.5 degrees Celsius (2.7 degrees Fahrenheit) above pre-industrial levels in the next five years, running the risk of blowing past the important benchmark that would bring some of the worst effects of climate change.

The research on carbon levels suggests that we might be in for a relatively unpredictable future. Researchers noted that assuming emissions rates remain at about the same as they were prior to the widespread coronavirus lockdowns (which seems likely given that emissions levels have already almost returned to pre-pandemic levels), the planet is likely to surpass the amount of carbon in the atmosphere that was present during the mid-Pliocene warming period. That took place more than three million years ago and saw global temperatures that were between three and four degrees Celsius hotter than what we experience today. But by 2025, researchers found that CO2 levels could be closer to those that occurred during the Middle Miocene Climatic Optimum, more than 15 million years ago — something that humans and even our hominoid ancestors have never really experienced.

That doesn't bode particularly well for the planet's occupants, especially if the latest WMO data is proven correct. The intergovernmental organization warned Thursday that there is now a 20 percent chance that Earth will see its global temperature rise above levels that could cause devastating and irreversible damage. The report suggested that the planet could exceed temperatures of 1.5 degrees Celsius above pre-industrial levels in one of the next five years and warned that those chances are increasing with time. On a month-by-month basis, we are even more certain to see this level of temperature increase. The WMO warned that there is a 70 percent chance that one or more months during the next five years will see the planet experience those potentially dangerous levels of warming.

The 1.5 degrees Celsius benchmark was established as part of the Paris Climate Agreement in 2015 as the ideal target for capping global warming. Experts warn that global temperatures at 2 degrees Celsius higher than pre-industrial levels is the absolute highest that can be allowed if the goal is to mitigate the worst effects of climate change, and it appears that the planet may be more rapidly approaching those levels than was previously thought. Most prior studies suggested that humans had until about 2030 to significantly cut carbon emissions levels and stave off increasing global temperatures. Now it appears humans will have to both figure out how to remove some of the massive levels of carbon currently polluting the atmosphere and cut down on ongoing emissions, and do so fast. The alternative is to face conditions not seen in 15 million years.