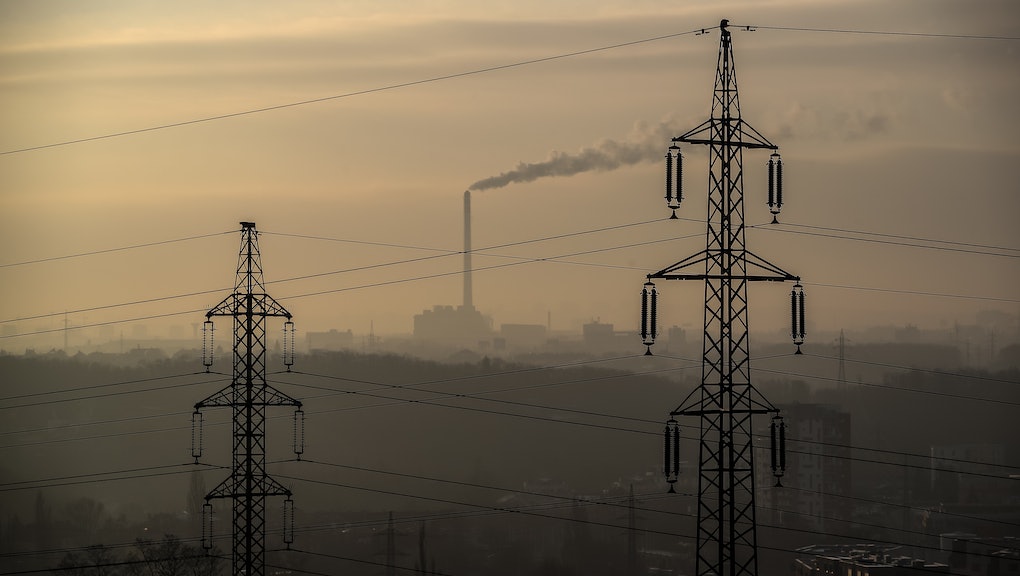 Carbon dioxide (CO2) is one of the most common greenhouse gases found on our planet, in large part because of human consumption. The gas enters the atmosphere every time we burn fossil fuels including coal, natural gas and oil. It's also the gas that has the highest potential to contribute to global warming, according to the Center for Climate and Energy Solutions. For all of those reasons, we should be doing our best to avoid contributing more CO2 to the environment. But imagine if we could harness the potentially toxic gas and turn it into an energy source. Researchers at Rice University believe that have figured out a way to do just that with a new catalytic reactor capable of converting carbon dioxide into a liquid fuel.

The reactor and its potential was detailed in a paper published in Nature Energy this week, in which the device is described as a potential tool that can convert greenhouse gases into useful byproducts. According to the paper, the reactor — referred to as an electrocatalyst — is capable of achieving an energy conversion efficiency of about 42 percent, meaning more than two-fifths of the electrical energy in CO2 can be converted into a formic acid. In that form, the energy can be stored as a liquid fuel and eventually used to generate electricity. When the fuel is used, it also emits CO2, which can once again be harnessed and reused through the same conversion process.

The breakthrough was made possible thanks to two scientific advancements. The first was the discovery that bismuth, a metal considerably heavier than alternatives like copper and iron, could be used as a catalyst in the reactor. The element is less likely to move during reactions and can be reused more than the lighter alternatives. It can also be produced in bulk in a way that makes it more viable for industrial use. The second breakthrough was the development of an electrolyte that eliminates the need for salt during reactions. Salt typically helps conduct electricity but needs to be removed from the fuel resulting from the reaction, which would add time and resources needed to complete the process. Essentially, the entire fuel production process has been made simpler, cheaper and easier through these new developments.

Even prior to the recent breakthrough at Rice University, which presents some promising possibilities for making use of an otherwise harmful greenhouse gas, scientists have been thinking of ways to repurpose carbon dioxide. In 2010, researchers at the University of Oxford proposed three potential models for harnessing and reusing fossil fuels including CO2 to be used as a synthetic fuel that could be used to power vehicles. The researchers called the development as "critical" to solving the issues of energy consumption that lead to humans burning excess amounts of fossil fuels and further polluting our atmosphere.

While Oxford's proposals were more hypothetical, there have been some practical developments in the last year or so, prior to Rice University's own breakthrough. Scientists at Harvard University, working in tandem with the Bill Gates-funded clean energy company Carbon Engineering, devised a method to essentially suck up carbon dioxide already in the air and convert it into a fuel that can be used to power cars and planes. The process would cut the cost of capturing CO2 in the atmosphere significantly, dropping it from about $600 per ton through current methods to under $100 per ton through the newly developed technique. While researchers have proved that the technique is possible, it remains to be seen if it can be scaled to a level that would see significant fuel production.

Earlier this year, researchers at the University of Illinois proposed another way to make use of CO2, essentially by performing an artificial form of photosynthesis. The scientists discovered that by using the same part of the light spectrum used by plants, it is possible to capture CO2 and convert it, along with water, into a liquid fuel. That output could be used as an alternative energy source for generators and electric grids that rely on wind or solar power, offering a backup fuel source when reserves run low. A similar process was also developed by researchers at the Swiss Federal Institute of Technology that presents the possibility for a cheap, functional fuel source produced from existing greenhouse gases.

It's reassuring that these solutions continue to be developed, even if none of them have made it to scale quite yet. They all present potential solutions to make use of the gases that we have already put into the atmosphere through reckless and unrestricted burning of fossil fuels while offering a safer and less destructive alternative to those very gases. There are plenty of obstacles that are preventing these techniques from being implemented at a significant scale, from costs to an actively hostile Trump administration that seems hellbent on boosting fossil fuels like natural gas and coal even when, in the case of coal, it amounts to the government propping up a dying industry that should fall out of favor because cheaper, cleaner and better alternatives are available. Trump and his cabinet members, many former representatives of the oil and energy industry, have loosened regulations that restrict the amount of greenhouse gas emissions allowed in order to boost production of dirty-burning fuels. So at least there will be plenty of CO2 in the atmosphere for use to turn into fuel.

More like this
Are carbon offsetting apps legit?
By AJ Dellinger
Greta Thunberg calls out G7 leaders for their frivolous and wasteful meeting on climate change
By AJ Dellinger
Another reason to legalize weed: It'll be better for the environment
By AJ Dellinger
Stay up to date