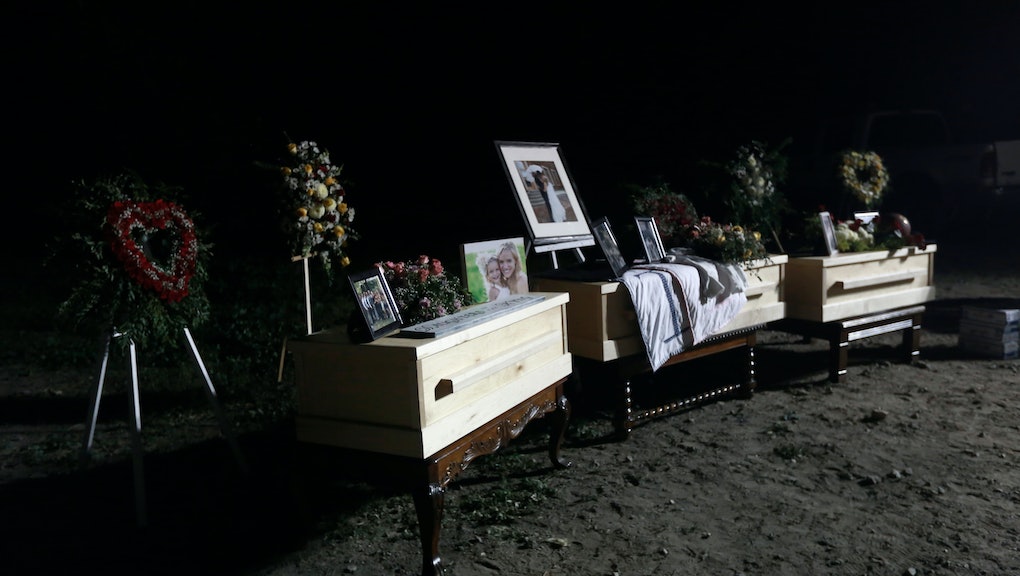 Migrants waiting for asylum on the Mexico border are living in desperate fear of cartel violence, according to letters obtained by CNN. The letters were given to Denise LaRock, an American nun who advocates for the plight of the people stuck on the Mexican side of the border, as they wait for asylum hearings in the United States.

Under the administration’s current policy, asylum seekers have to wait on the far side of the border. This has led to thousands of desperate people from countries like Honduras and Guatemala living in distress in Mexican border cities like Nuevo Laredo. Since the policy was enacted last spring, more than 60,000 people have been sent across the border to wait for their court dates. Customs and Border Patrol only allows a few dozen people to cross the border each day, a process known as “metering,” which helps keep waiting lists stratospherically long.

"We are alone and only God's hand has kept us safe from the constant danger that surges in this country," wrote one Honduran immigrant named Maximo. "We don't intend to cause any harm to the United States. We would just like a safe place [to wait] for a response from the government."

In Mexico, the asylum-seekers face threats of kidnapping and extortion from cartels that control the area. Many often disappear, and are sometimes never seen again. Other times, they are held at ransom until their family pays exorbitant fees.

"Kidnapping is the daily bread [here]," wrote a migrant named Maria in a letter.

LaRock helps care for around 200 migrants who are living in shelters run out of a compound. She collects food and supplies for them and runs a GoFundMe. "My hope is that people... can have compassion," she told CNN. The shelters lack furniture, and most of the migrants are sleeping on cots and the ground. Many are afraid to go outside because of their fear of cartel violence.

One migrant, Tere, wrote that she and her seven-year-old son were kidnapped for nine days. "I thank God for freeing me from that terrible experience," she wrote.

This hellish situation is the direct result of policies that the Trump Administration created specifically in order to deter migration. The theory is that creating misery on purpose will prevent other people from wanting to come. In a statement last month, the Department of Homeland Security defended the policy, known as Migrant Protection Protocols, or MPP.

“MPP has been a crucial element of DHS’s success in addressing the ongoing crisis, securing the border, and ending catch and release,” reads the statement. “Since the peak of the crisis in May 2019, the number of aliens encountered at and between the ports of entry has decreased by 64% overall — and approximately 80% for Central American families.”

Meanwhile, people like Lilian, a Honduran migrant who wrote a letter to LaRock, are facing daunting odds as they seek a new life. "The goal of every mother is to look for something better for their children," she wrote.