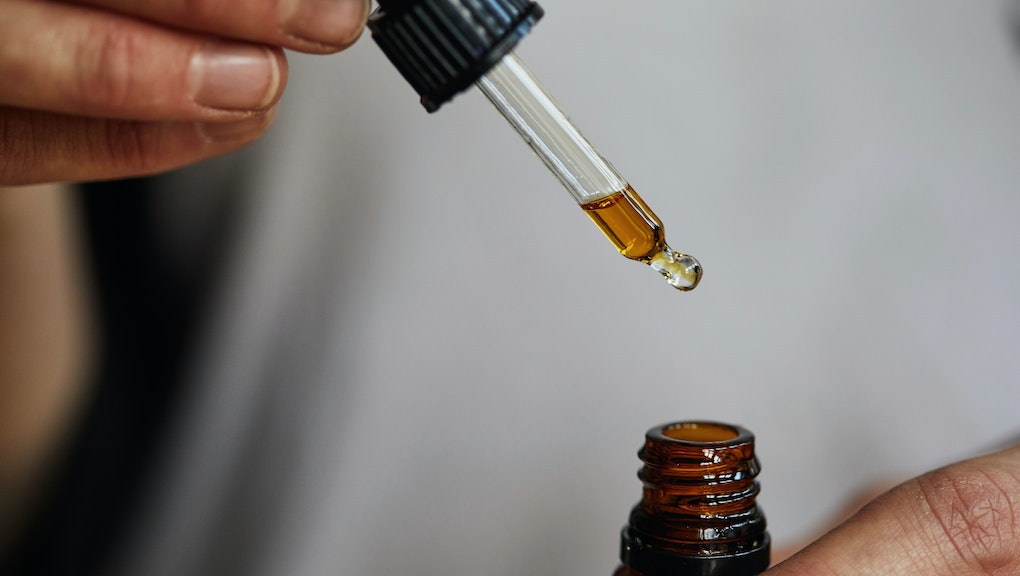 CBD won't likely help with cocaine addiction, according to a new study

In the wellness world, CBD — short for cannabidiol, the non-inebriating compound in cannabis — has emerged as something of a panacea. If you struggle with anxiety, insomnia, pain, even skin issues, brands and proponents tell us, CBD will supposedly do the trick. Along the way, though, studies have brought more nuance to the hype, (hopefully) making us pause before rushing to CBD for everything that ails us. Now, new research adds to evidence that we can’t rush to CBD as a sobriety aid, either, regardless of how it's been touted as a potential one. According to the results of a new clinical trial, CBD probably won’t help with cocaine addiction.

In a trial of CBD in people with cocaine addiction, whose results were published in the journal Addiction on January 19, the compound didn’t really do anything. While it didn’t have serious risks — it was safe and resulted in only mild side effects — it didn’t appear to have any benefits, either. "In our study, the use of CBD was not more effective than a placebo in treating cocaine use disorder," said Violaine Mongeau-Pérusse of the University of Montreal Hospital Research Center, the paper’s first author, according to a university statement.

The trial include 78 people with a cocaine addiction, most of whom had lived with severe cocaine use disorder, per the university statement. To minimize bias, the participants were randomly assigned to take a daily dose of either CBD or a placebo, and neither they nor the researchers knew which. After a 10-day detox phase in the hospital, the participants went home and underwent checkups every week for the next three months.

CBD didn’t lower the participants’ cravings for cocaine, or their risk for relapse. In fact, all but three relapsed after three months.

Scientists still need to conduct more studies to identify contexts in which CBD might be helpful, per the University of Montreal statement. At this point, though, the researchers believe they can conclusively say that cannabis isn’t your best bet for treating cocaine addiction, said Mongeau-Pérusse.

Their results are consistent with the overall limited, mixed findings on CBD as a treatment for substance use disorder. They’re consistent, too with the utter complexity of sobriety, addiction, and importantly, the humans who live with substance use disorders. As alluring as it is to imagine that a tincture, gummy, latte or any of the panoply of other products that contain CBD could treat something so painful, it’s just not that simple.

More like this
Uncontrollable, weed-induced vomiting is on the rise, according to new research
By Tracey Anne Duncan
'Nine Perfect Strangers' is a deranged portrait of psychedelic wellness retreats
By Erin Qualey
For young people, it’s weed over alcohol during stressful times
By Melissa Pandika
Stay up to date