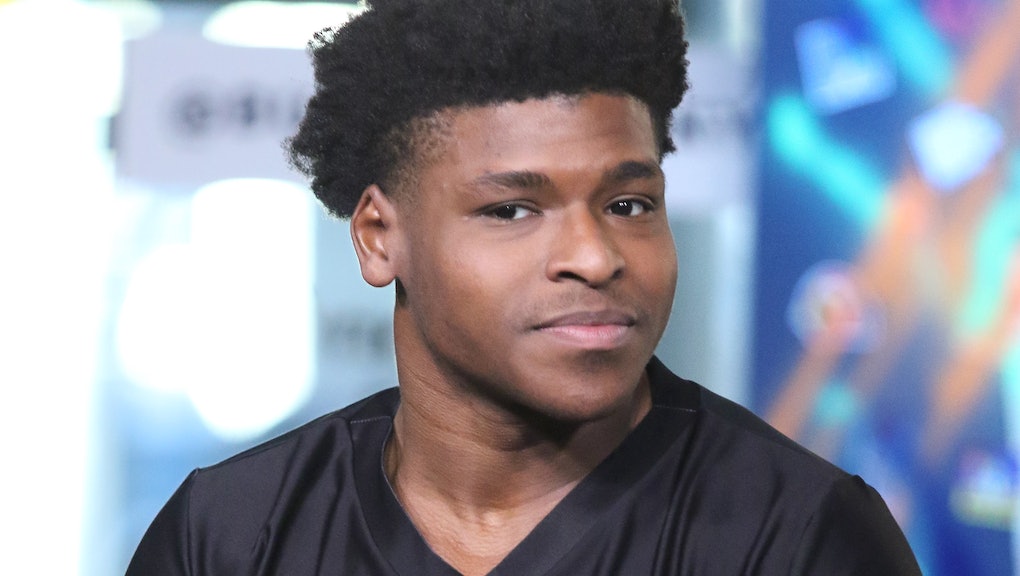 Federal prosecutors allege that Jerry Harris, the star of Netflix's docuseries Cheer, “exploited and violated” at least 10 boys. According to new court documents filed on Tuesday, prosecutors refer to Harris as a “brazen sexual predator” and request that he remain detained until the trial.

Last month, Harris was arrested and charged with one count of producing child pornography. Harris was also sued by 14-year-old twin brothers, who alleged that he sent sexually explicit messages, solicited nude photos and sexual acts, and threatened the brothers if they didn’t comply. The latest court filing details an alleged history of seeking pornographic content from minors, but notes that he recently offer significant payouts to his victims in exchange for sexually explicit videos:

“As Harris' fame grew through his acting career, Harris appears to have added to his predatory arsenal by using money to exploit his minor victims. Harris’ most recent victims were offered substantial sums of money, sometime over $1,000, to perform sexually explicit conduct for Harris over Snapchat or FaceTime while Harris masturbated.”

Prosecutors strongly recommend that Harris be detained pending trial and advise against house arrest, due to the risk of further abuse. At one point, the filing alleges that Harris continued to engage in predatory behavior after learning he was under federal investigation and getting rid of his primary cell phone:

“Even after Harris was tipped off to the investigation and he destroyed his cell phone, he still could not stop himself from acting out on his criminal desires. Just weeks after getting rid of his cell phone, Harris used his new ‘clean’ phone to again reach out and victimize boys. This demonstrates that Harris either simply cannot control his criminal impulses, or he simply does not care about getting caught.”

Cheer’s breakout star is set for another detention hearing on Thursday. If convicted of his initial child pornography charge, Harris faces anywhere between 15-30 years in prison.