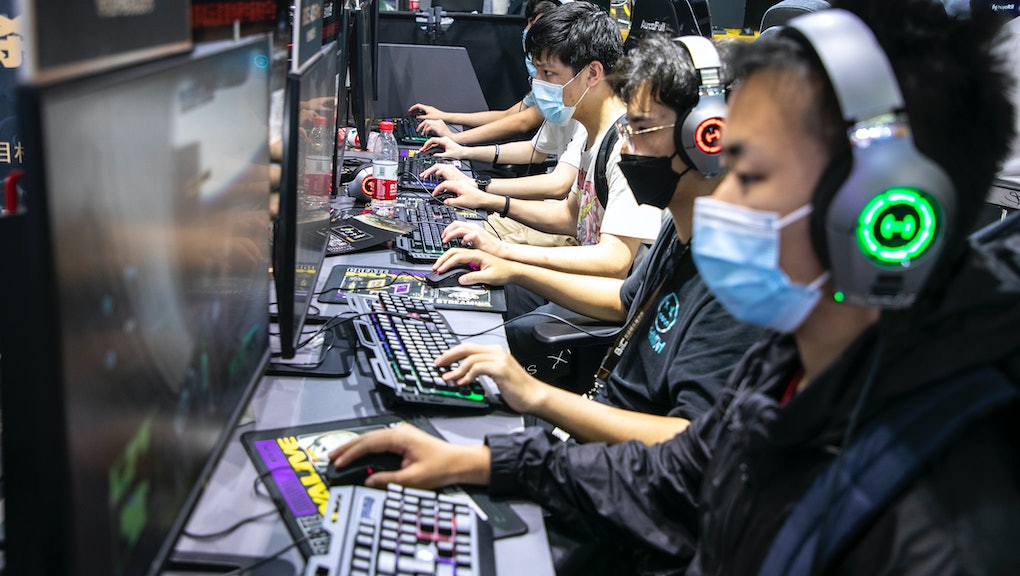 China is limiting kids to 3 hours of video games per week, hoping to curb addiction

People in China under age 18 are now restricted to three hours of video games a week, the nation's Xinhua news agency reported on Monday. Kids won't even get to choose when they want to play their allotted three hours. They'll only be able to access online games from 8 p.m. to 9 p.m. on Fridays, Saturdays, Sundays and national holidays. The restrictive new rules are an effort by the Chinese government to curb video game addiction among children.

The government is able to keep tabs on game play, because in China, you're required to use your real name and phone number to log into many online platforms, tying your internet presence to your identity. Rather than monitor children directly, the government mandate requires gaming companies to make sure players are using their real names and block people who try to go log on incognito. Some companies, like Tencent, use facial recognition technology to confirm users are who they say they are.

The new rules build on 2019 gaming restrictions, which limited youth to 90 minutes a day and restricted play between 10 p.m. and 8 a.m. China required players to use real names and phone numbers then, too. The same measure limited how much kids could spend on in-game microtransactions, putting the cap between $28 and $57 depending on the child's age. Reports of children unwittingly draining their parents' bank accounts have cropped up repeatedly in recent years.

China's National Press and Publication Administration said the new restrictions cater to the concerns of parents. "Recently, many parents have reported that some teenagers’ addiction to online gaming has seriously affected their normal study life and physical and mental health, and even caused a series of social problems, causing many parents to suffer unspeakably and become a pain in the hearts of the people," the organization told state-run media. The government said about 62.5% of Chinese youth play online games often, and 13.2% of underage gamers play for more than two hours on weekdays.

The rules largely apply to mobile gaming, and as with anything on the internet, there are always ways to "game" the system. One route is to buy a video game console on China's gray market, where dealers sell PlayStation and Xbox units bought overseas. Since they're configured to follow Hong Kong, Japanese or American laws, users should be able to play them however long they like.

More like this
There are QAnon NFTs now, because one grift deserves another
By AJ Dellinger
Scientists are potty-training cows in an effort to save the planet
By AJ Dellinger
Late night hosts tried to solve the climate crisis (spoiler: they didn't)
By Kara Weisenstein
Stay up to date