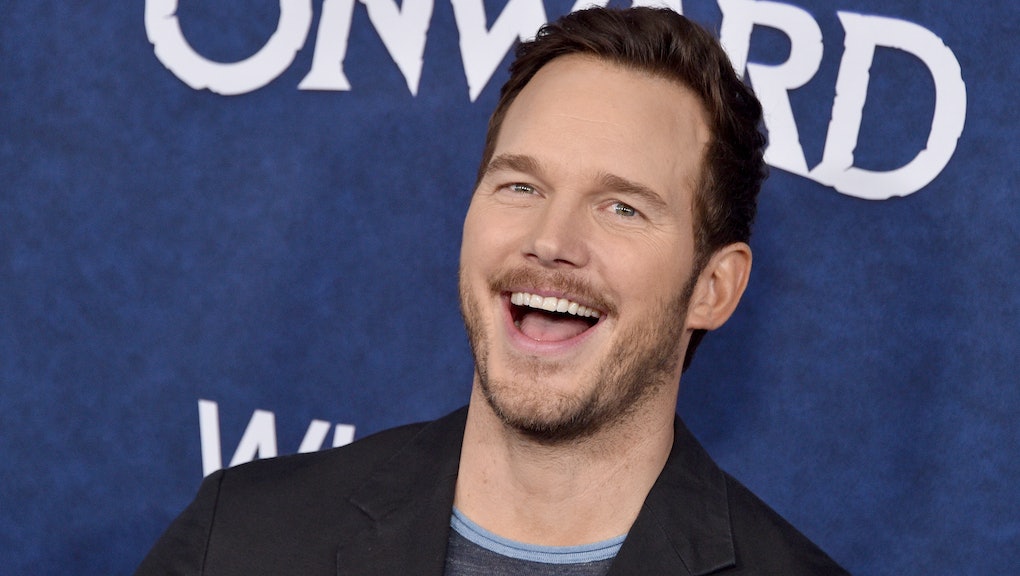 Who is the worst “Hollywood Chris”? What began as an innocent poll, quickly turned into a bizarre viral debate that involves actors from the Marvel Cinematic Universe including Robert Downey Jr., Zoe Saldana, and Mark Ruffalo.

It all started on Sunday when filmmaker Amy Berg tweeted pictures of Chris Pratt, Chris Pine, Chris Hemsworth and Chris Evans captioned with the words "one has to go” on Twitter. The votes for Pratt quickly added up, with many pointing out that the actor had to go because of his religious beliefs and his possible support of Trump.

In a strange turn of events, several of Pratt’s co-stars felt the need to come to his defense.

“What a world… The 'sinless' are casting stones at my brother, Chris Pratt… A real Christian who lives by principle, has never demonstrated anything but positivity and gratitude…AND he just married into a family that makes space for civil discourse and (just plain fact) INSISTS on service as the highest value. If you take issue with Chris… I’ve got a novel idea. Delete your social media accounts, sit with your OWN defects of character, work on THEM, then celebrate your humanness…", wrote Robert Downey Jr. on Instagram.

His post seemed to be in response to some on social media resurfacing criticism of Pratt's religion. In 2019, Actress Ellen Page claimed that Pratt belonged to an anti-LGBTQ church. Pratt attends Zoe Church in Los Angeles, which is said to have links to the Hillsong megachurch, an “infamously anti-LGBTQ church” according to Page.

Pratt responded on social media at the time writing, "It has recently been suggested that I belong to a church which 'hates a certain group of people' and is 'infamously anti-LGBTQ.' Nothing could be further from the truth. I go to a church that opens their doors to absolutely everyone."

However, The Daily Beast found that the parent church Hillsong has a history of homophobia, including gay conversion therapy, and denying leadership roles to LGBTQ people.

Other suspicions were raised around Pratt’s views, when he didn’t join his Avenger’s co-stars for a Joe Biden and Kamala Harris fundraiser this week — leaving many to assume he was voting for Trump. Not to mention, he recently came under fire for making a joke about voting that many felt was insensitive ahead of such a high-stakes election. “The heroes before us did not spill their blood only to have their sacrifices wasted by your apathy,” Pratt wrote. “The upcoming 2020 People’s Choice Awards is the most consequential vote in the history of mankind times a million infinity. Vote for #Onward for family movie of the year. Or else. You WILL die. No hyperbole. Click the link in my bio. Let your voice be heard.”

By Tuesday night Pratt's Marvel co-stars Zoe Saldana, Mark Ruffalo, Jeremy Renner, James Gunn, along with his wife Katherine Schwarzenegger had all made public statements, highlighting Pratt’s character and telling him to stay strong, while Pratt has yet to comment.

Marvel fans were quick to call out the actors for their lack of support for fellow castmastes including Brie Larson, Elizabeth Olsen, and Tessa Thompson who were subjected to sexism and racism by online trolls. Many wondered why their female co-stars didn't get the same defense, when they were so quick to speak out for Pratt after simply losing a Twitter poll.

More like this
After shutting up for a minute, celebrities want everyone to listen to them again
By Brandon Yu
Lil Nas X’s ‘Montero’ is a vulnerable guidebook on self-acceptance
By Brandon Yu
The 8 best reality shows you're not watching, but should be
By Brandon Yu
Stay up to date