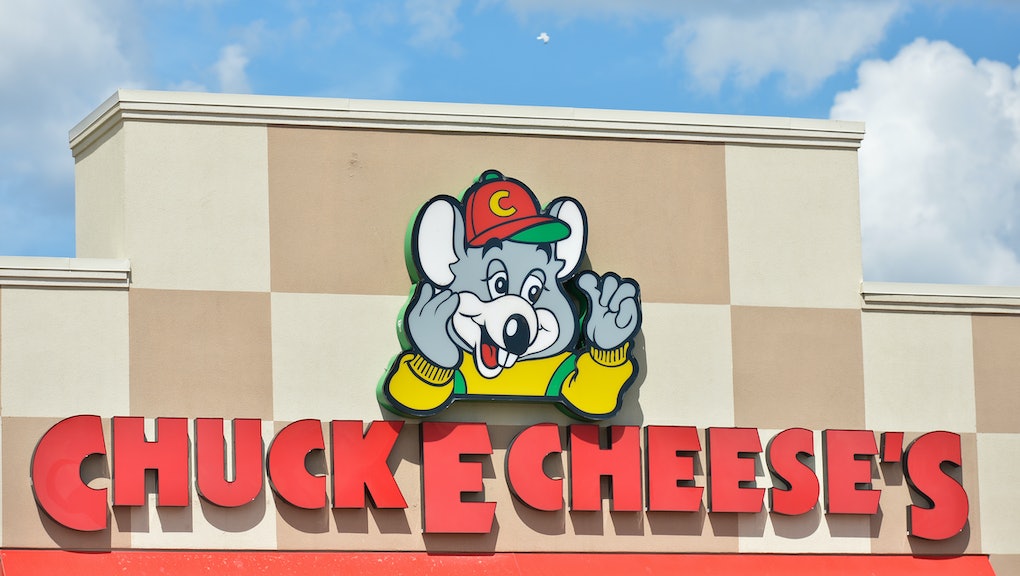 Chuck E. Cheese changed its name on Grubhub to sound fancier to customers

The food delivery industry is a sprawling web of manipulation and losses. Last week, Buzzfeed reported that delivery services like Grubhub can list their own specialized phone numbers on a restaurant’s Google page, in order to collect an order fee from the restaurant — even if the customer doesn’t want to use Grubhub. On Sunday, Ranjan Roy published an excellent blog that illustrated how a gaping hole built into Doordash’s model could be gamed by a pizza shop looking to turn some easy profit.

Apparently, even kids pizza restaurants are beginning to test out some of these shortcuts. Chuck E. Cheese, the venerable family entertainment centers that aren’t getting foot traffic under lockdown, is currently listed on Grubhub as Pasqually's Pizza & Wings. (To confirm, I cross-checked a number of the Pennsylvania addresses linked to Pasqually’s, and they all check out.) Pasqually’s takes its name from a side character in the extended Chuck E. Cheese universe, who typically takes drum duties in the animatronic house band.

Although Chuck E. Cheese was trending on Monday, as these viral lifespans tend to catch on later, some customers were growing suspicious of Pasqually’s last month. Food & Wine recently wrote about a Reddit user who thought she was supporting a local Philadelphia business, but instead realized it was the kids pizza empire. CEC Entertainment Inc, the company behind Chuck E. Cheese and apparently now Pasqually’s, confirmed that the two businesses share a kitchen and explained this new “premium pizza” to Food & Wine in a statement. “Pasqually’s Pizza & Wings’ recipes use fresh, homemade pizza dough, just like Chuck E. Cheese, but it is a different pizza that features a thicker crust and extra sauce, giving consumers a more flavorful, more premium pizza experience,” a company spokesperson wrote.

If this all sounds confusing, it may help to refresh on some Chuck E. Cheese lore. The adorable rat, whose full name is Charles Entertainment Cheese, has something of a somewhat harrowing backstory. Charles grew up in St. Marinara’s Orphanage, keeping busy with games and music. Since he was orphaned, Chuck E. Cheese never knew when his birthday was, so instead filled the void by enthusiastically celebrating other kids’ birthdays.

After Charles scrounged enough money to move to New York, he lived above an Italian restaurant owned by Pasqually. As the story goes, Pasqually was alarmed to find Charles one day, who began to quite literally sing for his life. Pasqually, recognizing talent when he sees it, exclaims “"I'm a-gonna make you a star!” From there forward, the Italian chef effectively became Charles’ Medici family, funding his performances and birthday events. That’s amore!

Between the Pasqually's saga, Michael Jordan’s potentially poisoned pizza, and the long specter of Papa John’s “40 pizzas in 30 days” admission, we’re living in a strange golden era of pizza.

More like this
The 8 best reality shows you're not watching, but should be
By Brandon Yu
Steve from 'Blue's Clues' gave us the closure we didn't know we needed
By Kara Weisenstein
Oops, the Arizona recount the MAGA crew demanded actually took votes away from Trump
By Rafi Schwartz
Stay up to date