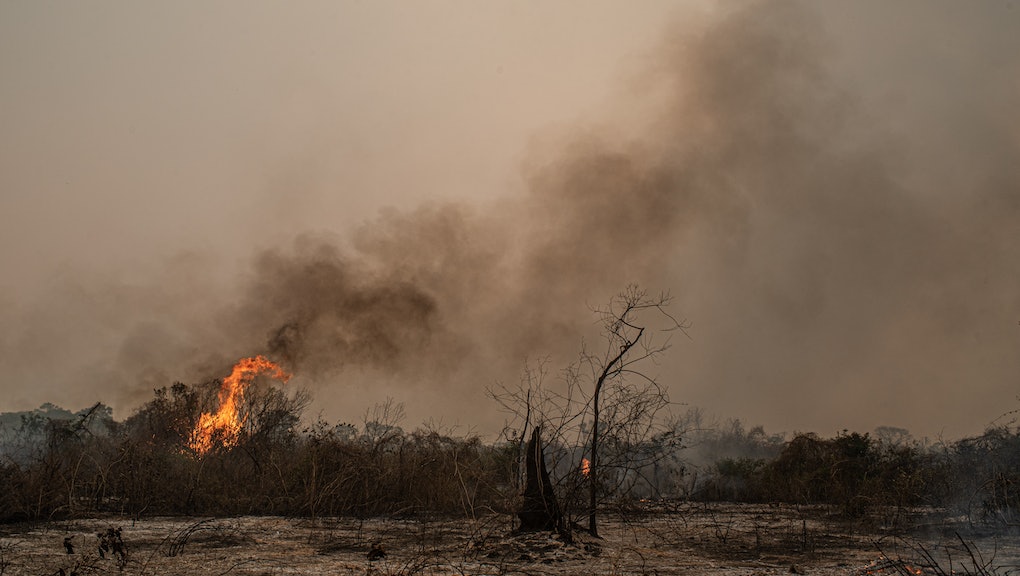 About two million years ago, multiple species of humans roamed the Earth. Just like there are different species of canines (dogs, jackals, wolves, etc.) there were also numerous species of humans like homo erectus and homo neanderthalensis. But now, there's just us — the lonely homo sapiens.

Scientists have long wondered what happened to our fellow human species, with possible explanations being that we were simply better at surviving or that our not-so-distant relatives eventually just merged with us. However, a new study has added another possibility to the mix: that the extreme effects of climate change pushed other human species to extinction.

The team dug through an archive of fossil data that contained 2,754 archaeological records. They used this data to link fossils from each species to locations and time periods. Through modeling, they were able to reconstruct what the prehistoric climate was like while the humans lived.

Out of the five extinct species, three of them experienced a whirlwind of climate change before they ended up dying out. Temperatures at the time moved 4 to 5 degrees Celsius per year on average. H. erectus and H. heidelbergensis ended up losing over half their habitat as the environment and their sources of food changed. The temperature also became colder in some areas, which was bad news for species acclimated to warmer weather. Neanderthals suffered as well, losing nearly a quarter of their habitats through climate change.

On top of all this, ancient H. sapiens might've out-competed the other species, driving them even further to the edge of extinction. With all the records pointing to a tumultuous climate, the authors concluded that climate change was the main reason why humans dwindled down to just one species.

But there are still questions. There's a lack of fossil evidence, for example, showing ancient humans were unable to adapt to a changing environment. There were also other animal species that survived a habitat collapse — it's too early to understand why other humans weren't able to do the same.

But the research team is pretty convinced that their findings are not only a solid possibility, but also a warning for modern man.

"Even the brain powerhouse in the animal kingdom, [the Homo genus], cannot survive climate change when it gets too extreme," Pasquale Raia, one of the study's authors, told Sapiens. "People should mind that, given the current mayhem we are causing."

This article was originally published on November 9, 2020