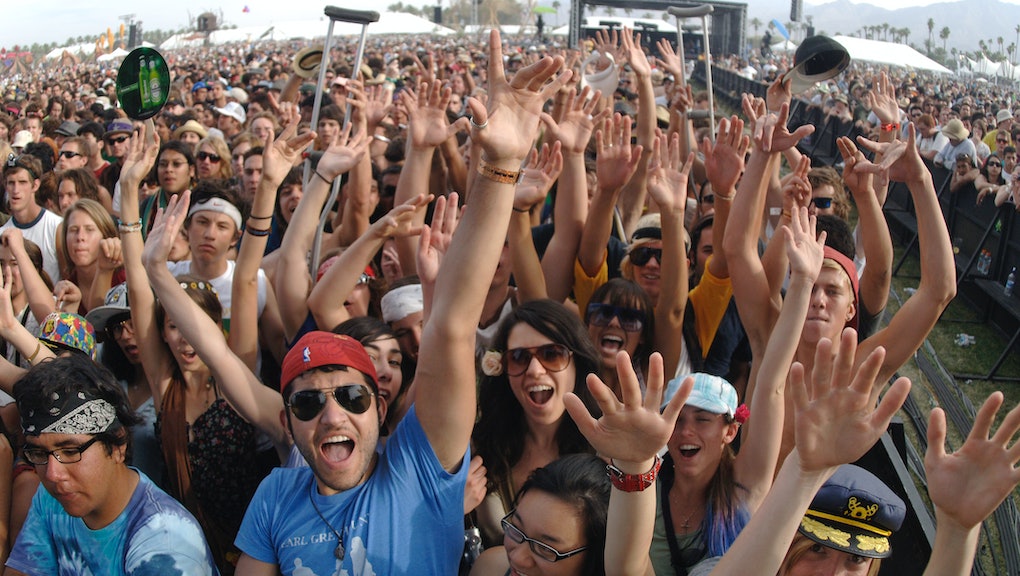 Coachella 2022 proves that post-pandemic promises are harder to keep

If the past year and a half has been universally and consistently spent on anything outside of doom scrolling, it’s daydreaming about the moment when the world opens back up. In those visions, we’d hug our friends and family tightly, never stay in for the night, travel anywhere and everywhere, pack ourselves against each other like sardines and rage at a concert. But the truth is, most of post-pandemic life is a gradual crawl toward normalcy: most people are just starting to go out regularly, some are hugging people, most aren’t traveling internationally, and, of course, very few people have gone to a big music show.

Most won’t go to a festival for a while: the new dates for next year’s Coachella (April 15-17 and April 22-24)and Stagecoach (April 29-May 1) music festivals were announced yesterday, marking the long-delayed return of two of the country’s premier concert gatherings.

The move follows the trajectory of many big-ticket music events planning for a slower return to live shows — Lady Gaga announced today that she will be postponing the Chromatica tour to 2022, a move similar to those of other superstar acts like The Weeknd, whose After Hours tour will begin in January 2022, nearly two full years after the release of the titular album.

Make no mistake, though, music festivals are already happening: Outside Lands in San Francisco is slated for October, and Florida, where large gatherings have popped up throughout the pandemic, will have two Rolling Loud festivals in the coming months. But the vast majority of shows are patiently waiting (artists like Drake and Kendrick Lamar have undoubtedly realigned their album rollouts in part to plan for uninterrupted tours likely in 2022 and beyond), and this delay in the ultimate COVID-carefree act — the blissful swelter and suffocation of the music show — is a reminder of how tempered our return to the world will actually be.

Accordingly, our quarantine visions of self-improvement will not arrive like a bang, as if we’ve suddenly been rescued from a hole all at once. At some point in the last year, delirious from isolation, I, a historically anti-Coachella concertgoer, decided I would do it all — go to every show, including the dreaded Big One in the California desert. If the pandemic ended then and there on that inspired thought, I would have gone — now already in a post-vaccination world, will I still feel the same way in April of 2022? I think we know the answer.

It’s another way of saying that hot girl summer mostly won’t have concerts, and self-evolution remains the same way it always has: slow, often misguided, and incremental.

More like this
Lil Nas X's 'baby registry' proves trolling can be done with heart
By Brandon Yu
Lil Nas X delivered his baby, 'Montero,' along with an ill-fated love story
By Kara Weisenstein
The moral of Nicki Minaj and the Tale of the Giant Balls? We need to explain vaccines better
By Kara Weisenstein
Stay up to date