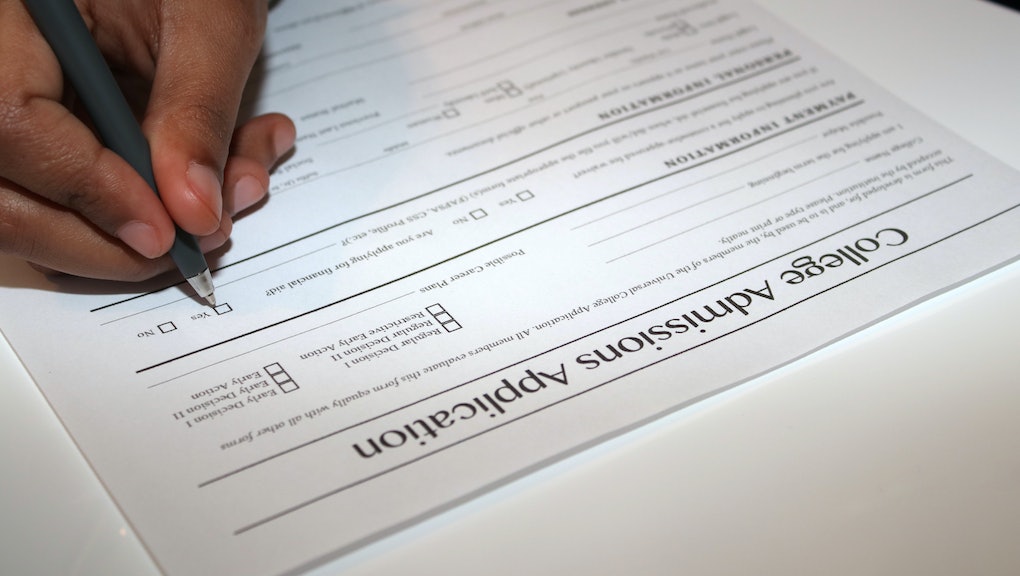 College Board sells student data to schools that use it to boost exclusivity: new report

Everyone's personal data is for sale. Including the information hopeful high schoolers give to take standardized tests like the SAT. As reported by the Wall Street Journal (WSJ) on Tuesday, the organization behind the SAT, College Board, is selling test-takers' personal information to elite universities for a mere 47 cents per name. These universities then use this data to boost their own image of exclusivity.

There are profitable reasons why a college would want to look more exclusive. It makes them appear more selective, like they only take the best of the best. Better yet, it can improve their national ranking, which takes selectivity into consideration when rating each facility. Looking at the top five national universities in U.S. News & World Report's annual ranking shows just that — the acceptance rate of these schools range from a mere 5-7 percent.

"A school's academic atmosphere is influenced by the selectivity of its admissions," explains U.S. News & World Report, who runs the national rankings. That consideration is part of the 10 percent weight given to "student excellence" in determining the rankings.

Colleges want more of that good thing. And there are two factors to making a university look more selective than others: Have a lot more applicants and accept a small percentage of them. That's where the SAT takers' information comes in.

The WSJ found that College Board sells students' personal information to big-name universities. The universities then send brochures to these students and invite them to apply to their college. After students pay the application fees (which can be $75 or higher, depending on the school) and wait for a response, the university then rejects them. The cold part of the process? The schools knew these applicants didn't have a chance of acceptance.

"The top 10% of universities don’t need to do this," said Terry Cowdrey, enrollment consultant for universities, to the WSJ. "They are buying some students’ names who don’t have a great chance of getting in. Then the kids say, ‘well why did you recruit me if you weren’t going to let me in?’ They do it to increase the number of applications; you’ve got to keep getting your denominator up for your admit rate."

This practice helps schools inflate their applicant numbers and rejection rates. The rejections spur young students into preparing and retaking SATs. In the end, both the universities and College Board profit from the sale while students are left with emptier wallets.

The WSJ noted that the information provided to College Board is usually opt-in. Test-takers are asked "if they want to make their information available to schools." However, the publication pointed out, not many young students completely understand what that means. The student the WSJ interviewed thought it meant "schools that were interested in her would send mail," but never imagined her "data would be monetized." About 2 million to 2.5 million names are sold to 1,900 schools and scholarship programs per year. But College Board did not detail how many names in total it sells.

There is good news. Parents and teachers have become concerned about this practice and have spurred the U.S. Education Department into making a statement. The department has told school districts to be more transparent to parents and teachers about what it means for a student to release their private information. Other states have codified laws against selling student data, with one state, Illinois, going forward with an investigation into whether College Board is violating these laws.

College Board, of course, denies any wrongdoing.

"We’re [the students'] agent," College Board CEO, David Coleman, said to the WSJ. "They say, 'share this data.' And, by the way, it is overwhelmingly beneficial to them that we do."