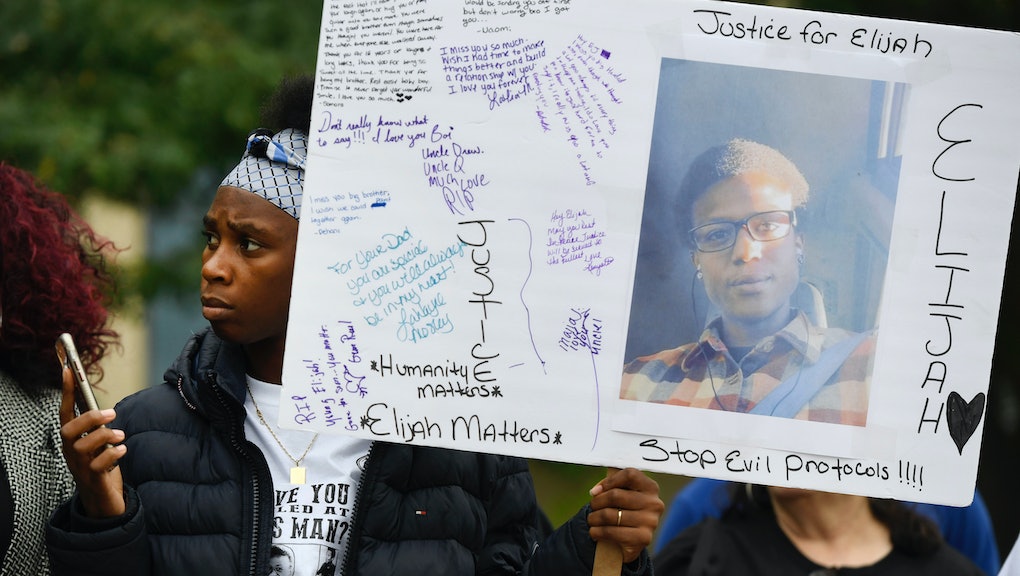 Nearly one year after police in Aurora, Colorado, killed 23-year-old Elijah McClain, a Black man walking home from a nearby convenience store, Democratic Gov. Jared Polis has ordered his state's attorney general to re-open an investigation into McClain's death. Should the investigation uncover criminality on the part of the officers who killed McClain, Polis said, the state will bring charges.

Earlier this year, the Aurora Police Department cleared the three officers involved in McClain's death, and the county district attorney ultimately declined to prosecute the case. However, in announcing the reopened probe into McClain's death, Polis made clear that he believed a mistake had been made in closing the case, and that McClain's killing merited further investigation.

"Elijah McClain should be alive today," Polis said in a statement. "We owe it to his family to take this step and elevate the pursuit of justice in his name to a statewide concern."

McClain was killed in August of last year, after three police officers surrounded him, restrained him, and placed him in a modified chokehold in response to a 911 call reporting a "sketchy"-looking person. McClain, who was anemic, was reportedly wearing a jogging face mask to keep his head and neck warm. After McClain was rendered unconscious by officers, a fire medic who had arrived at the scene injected him with ketamine to "calm" him. He was then placed in an ambulance, where he went into cardiac arrest on the way to the hospital. He died days later.

The Adams County coroner acknowledged that both the injection and the chokehold may have caused McClain's death, but ultimately concluded that based on a "review of the EMS reports, hospital records, bodycam footage from the restraining officers, and the autopsy findings, I cannot determine which manner of death is most likely."

Speaking with CBS News, however, McClain's mother Sheneen McClain placed the blame squarely on the police. "They murdered him," she said. They are bullies with badges."

She described her son, a massage therapist, as someone who "not only healed others, he healed himself."

"He was able to accept love and give love in varying forms," she added.

The move to reopen the investigation into McClain's killing comes amidst mass public outcry over this incident in particular, as well as a sweeping call for racial, criminal, and social justice following the police killing of George Floyd in Minneapolis last month.