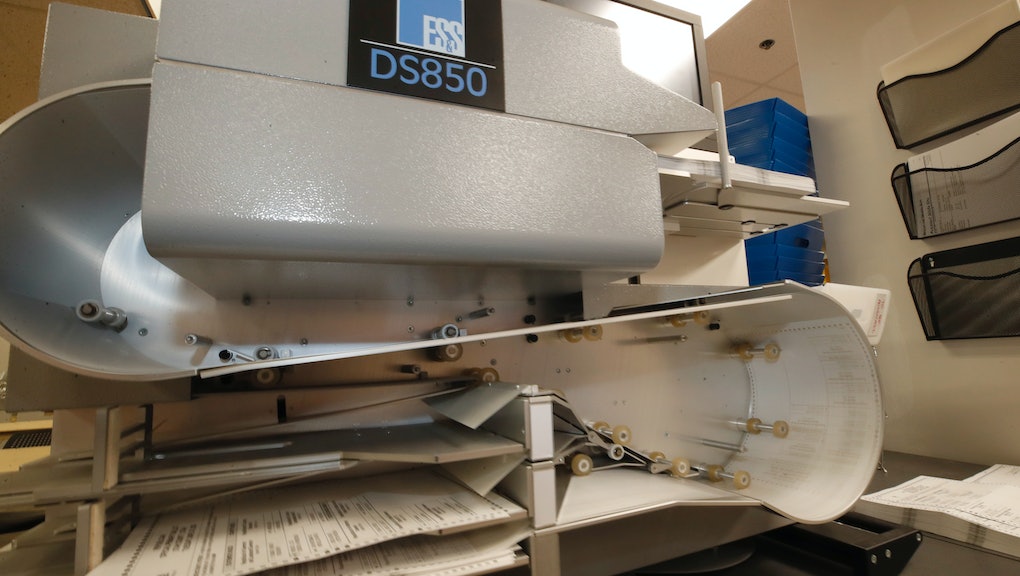 On Monday, just days after secret login passwords for Mesa County, Colorado's voting machines appeared on the infamous far right fake news site Gateway Pundit, Secretary of State Jena Griswold assured residents that "this breach in security protocol has not created an imminent direct security risk to Colorado’s elections, and did not occur during an election." On Thursday, however, after launching investigating both the equipment, and the circumstances of the leaked information, Griswold made a shocking allegation: County Clerk and Recorder Tina M. Peters had been instrumental in letting the leak happen, and may have even facilitated the breach herself.

"To be very clear; Mesa County Clerk and Recorder allowed a security breach and by all evidence at this point assisted it," Griswold told reporters during a press conference, where she also announced that the machines in question were being pulled from use.

"I think this is troubling for the entire state of Colorado, to have someone in a trusted position, literally trusted to protect democracy, allow this type of situation to occur," Griswold said, echoing Colorado Clerks association head Matt Crane, who described Peters alleged involvement in the breach an "intentional and selfish act that jeopardized the conduct of and the election of Mesa County."

Mesa County District Attorney Dan Rubinstein confirmed to CNN that the Secretary of State's office has asked him to look into potential criminal charges over the leaked information.

According to Griswold, Peters allowed a non-county employee into a secure voting machine systems update session this past May, misrepresenting the person's credentials and background check status. Peters also is alleged to have ordered the security systems that monitor the voting equipment to be turned off.

"I’ve been persecuted," Peters declared to the symposium crowd. "They are trying to take over our election office. We are the last bastion of freedom in Colorado."

Peters denied having done anything wrong, and told attendees that "if you tell the truth you never have to worry about what you said."

Earlier this week Peters released a statement cryptically referring to "more information" stemming from "concerns" about "election integrity" brought to her from Mesa County residents.

Last year, Peters narrowly survived a recall election after she'd been accused of multiple failures on the job, including having allegedly overlooking nearly 600 ballots left in a drop box outside her office during the previous general election.