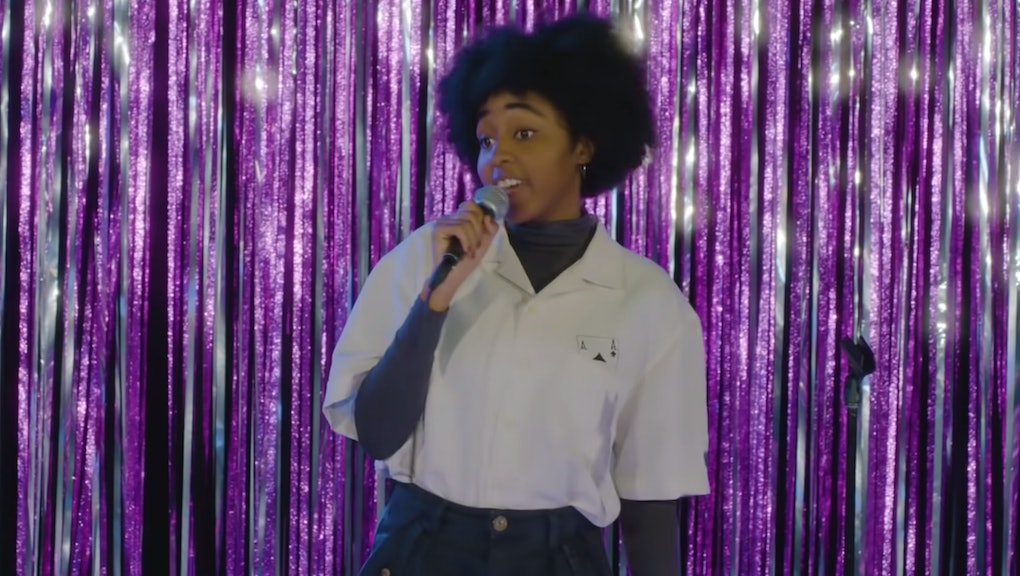 Jenny Slate stepped down from her role voicing biracial character Missy on the animated series Big Mouth in June. “Black characters on an animated show should be played by Black people,” she wrote on Instagram, explaining her decision to walk away from a show she’s worked on since 2017. Now, Big Mouth has found its new Missy: writer, producer, comedian and actor Ayo Edebiri will take over voicing the character in the penultimate episode of season four.

Edebiri was actually hired to be a writer on Big Mouth’s fifth season before she landed the role voicing Missy. She most recently worked as a writer on the NBC show Sunnyside. Edebiri is also a stand-up comedian who hosts the podcast Iconography. Plus, she’s writing and acting in the second season of Dickinson for Apple TV+.

Just because Edebiri knew the Big Mouth team already doesn’t mean she didn’t have to audition, though. After Slate announced her departure, the show’s co-creators issued a statement on social media saying they regret casting a white actor to play a biracial character. Then they cast a wide net to find Slate’s replacement.

“We had a lot of people submitting off of Twitter and Instagram and we brought in a bunch of those people,” Big Mouth co-creator Nick Kroll told Variety. “We let people self-tape and submit — and a few of those people came down to the final very short list of people we considered to hire.”

Adorably, it sounds like Edebiri has a lot in common with her character on Big Mouth: “I was definitely a very uncomfortable child, so I think the show speaks to that and a lot of those feelings, which still resonate with me as an adult,” Edebiri told Variety. “I’m back home in my childhood bedroom right now and on my bookshelf in between A Series of Unfortunate Events is Bill Clinton’s autobiography and Nelson Mandela’s autobiography and a translation of The Iliad in Latin. I was a true dork. So I don’t think I have to go too far to connect with Missy.”

Slate voices Missy throughout most of season four. “By the time we made the decision to cast Ayo, we had finished all of season four and delivered it to Netflix,” co-creator Andrew Goldberg explained. But then fellow Big Mouth co-creator Jennifer Flackett found a moment that felt like “a really organic and cool place” to introduce Edebiri before season five.

“It’s about Missy’s continued evolution as a person," Kroll told Variety. "She has all of these different parts of who she is. There’s the sidelines Missy and the more sexually adventurous Missy, mirror Missy, and then also this Missy that she’s been discovering through hanging out with her cousins and really taking a look at her Black identity."

After the Big Mouth team nailed Missy's casting, they wanted to make sure the swap “wouldn’t be a startling change for viewers of the show,” Kroll added.

Check out some of Edebiri's standup, below.

More like this
'The Nevers' will be so much better when Joss Whedon has nothing to do with it
By Kara Weisenstein
'Exterminate All the Brutes' is a messy, ambitious documentary that ties together genocide, white supremacy, colonialism ... and Josh Hartnett?
By Nicholas Russell
Did Ta-Nehisi Coates troll Jordan Peterson in his 'Captain America' comic?
By Kara Weisenstein
Stay up to date