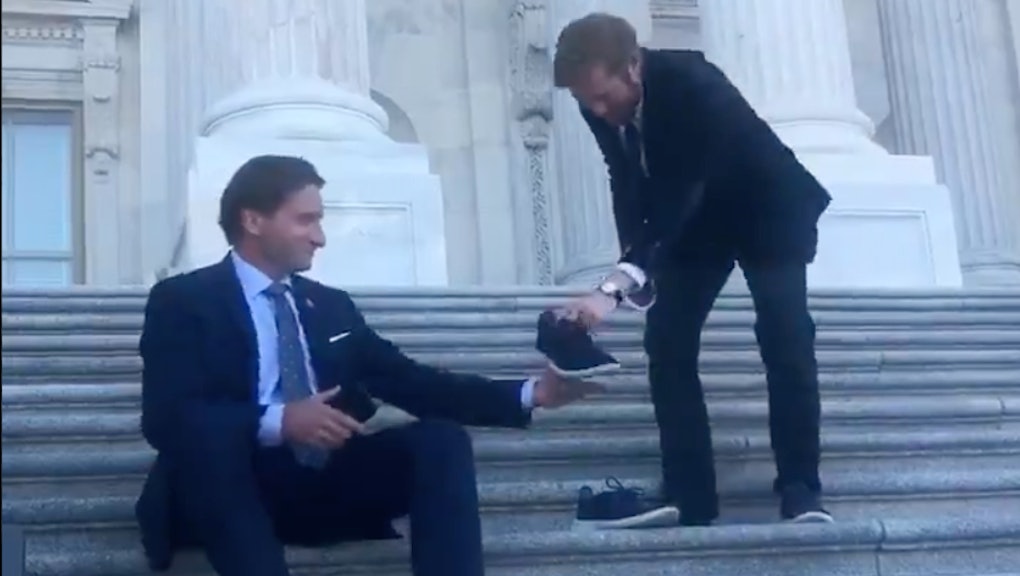 Bipartisanship. What does it really mean in this, our cursed year of two thousand and twenty one? Is it lawmakers from opposite parties coming together and hashing out legislation with the best interests of their constituents in mind? Is it a mutual understanding that, despite differences in governing philosophies, you've been elected to do what's right for your communities, which sometimes means sitting down to do the hard, thankless work of bridging that divide?

Maybe if you're high off whatever rocks Aaron Sorkin was smoking when he wrote The West Wing. But here in the real world, bipartisanship is stone cold dead, strangled in its crib by Mitch McConnell while Democrats stood by and clutched pearls into powder. Which isn't to say that there aren't necrophiliac opportunists in both parties, who have no problem hauling around the corpse of bipartisanship to frame themselves as reasonable moderates in the hopes that no one will notice that this isn't actually how things work anymore (if they ever did).

This all brings me to Minnesota Democratic Rep. Dean Phillips and Michigan Republican Rep. Peter Meijer, seen in a reporter's Twitter video doing whatever this is.

Get it? Because it's like that depressingly overused cliché that you can't judge someone until you've walked a mile in their shoes? Here are two guys literally wearing each other's shoes! Amazing! Wow! I can only assume that you're standing in place, applauding wildly for this courageous show of bipartisanship. Unfortunately I can't actually hear you over the sound of being beaten over the head with a bromide.

To be clear, I don't doubt the sincerity of the friendship these two men apparently share. It's nice! Good for them. But the idea that the lack of mutual respect and bonhomie in Congress is why things are so messed up is as naive and outdated as faith in "bipartisanship" as our political savior. Two grotesquely wealthy lawmakers yukking it up with one another isn't a sign that Congress is working the way it should — rather, it's a sign that Congress is working the way it should for them. Which, cool, okay, buy some more sneakers if you want, I guess. But let's not pretend like this is actual bipartisanship. This is simply an embarrassing paean to a mythical idea that doesn't exist — and a broad declaration that dudes in Congress all wear the same boring shoes.

More like this
What Madison Cawthorn packs for his flight: Heat
By Rafi Schwartz
More than 200 GOP lawmakers asked the Supreme Court to overturn Roe v. Wade
By Rafi Schwartz
Republicans are in an excellent position to weasel their way back to House control
By AJ Dellinger
Stay up to date