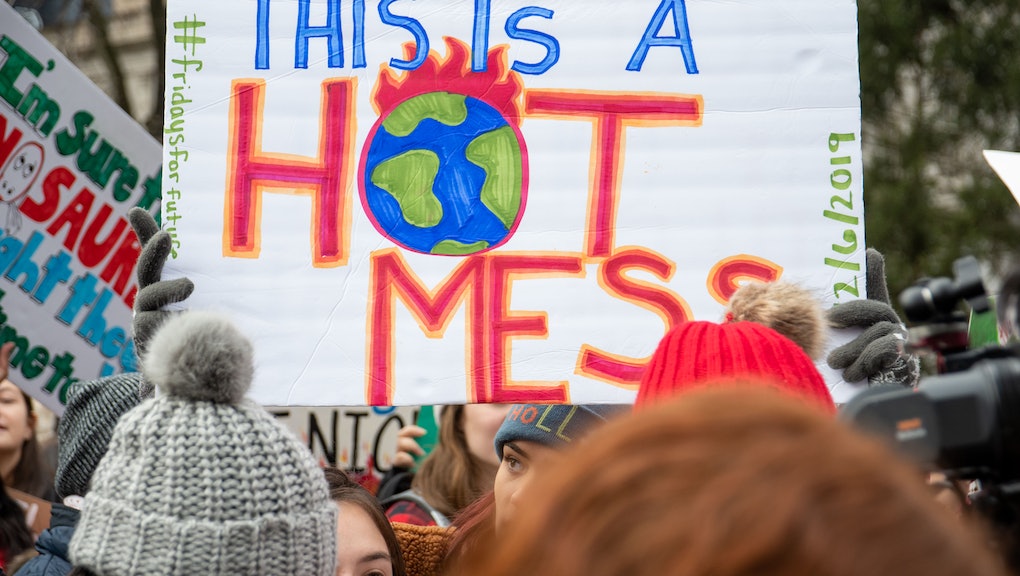 At the beginning of December, representatives from nearly 200 countries gathered in Madrid for COP25, a U.N. conference on climate change. Many hoped representatives would walk away from the convening with solid plans to take action against climate change in their home countries. Unfortunately, it seems that COP25 was a flop, frustrating people around the world.

The Conference of Parties to the UN Convention on Climate Change (COP) emerged from the Paris Climate Accord in 2015. This marked the group's 25th meeting. Although the convening was extended an extra two days and was the longest UN climate meeting in history, it ended early Sunday morning without much progress to show.

On Twitter, Rep. Alexandria Ocasio-Cortez referred to COP25 as an "utter failure."

"COP25 [and] conferences like it are intended to be actual negotiations to urgently drawdown global carbon emissions," Ocasio-Cortez wrote. "Not cocktail parties to make politicians feel better about themselves as they squash dissent [and] sell off our futures to fossil fuel interests."

Another major problem was the lack of presence of some of the world's leading polluters. Helen Mountford, a vice president at World Resources Institute, told CNN, "The negotiations fell far short of what was expected. Instead of leading the charge for more ambition, most of the large emitters were missing in action or obstructive."

Saying the negotiations fell short is putting it lightly. May Boeve, executive director of climate campaign group 350.org, told CNN, "As time ran out, the COP looked more and more like a hostage situation inside a burning building — together with most negotiators, people and planet were held captive."

Throughout COP25, protesters made their voices heard outside of the event. Thousands of people joined protests in Madrid and in Santiago, Chile, where the conference was originally supposed to be held.

A few youth climate activists also spoke to representatives. Ugandan climate activist, Hilda Flavia Nakabuye, told delegates in a speech, "I am the voice of dying children, displaced women, and people suffering at the hands of the climate crisis created by rich countries."

"Voices from the global south deserve to be heard... we are humans who do not deserve to suffer a crisis that we did not create," Nakabuye added. It seems that her and others' pleas were left unaddressed.

It doesn't seem that American representatives had much to contribute, though. According to the Times, delegates said that the United States blocked progress in talks by insisting on language to protect itself from liability claims.

The United States wasn't alone in obstructing process. According to CNN, Saudi Arabia, Russia, China, and India are all accused of the same behavior. In addition, Australia and Brazil are accused of trying to find loopholes to recycle old carbon credits to meet their commitments under the Paris accord.

At the very least, other politicians are voicing their dissatisfaction, too. United Nations Secretary-General António Guterres tweeted that he was "disappointed" with the results of the convening.

"The international community lost an important opportunity to show increased ambition on mitigation, adaptation & finance to tackle the climate crisis," Guterres wrote. "But we must not give up, and I will not give up."