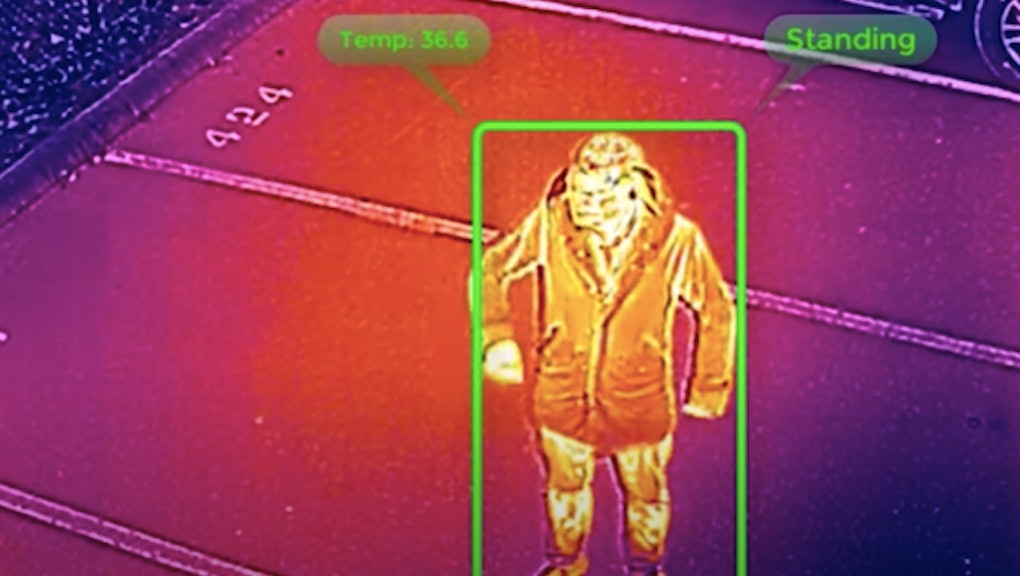 Millions of Americans have been sheltering in place for at least one month now, and despite the president and some states pushing to "re-open the economy," it's likely that social distancing will remain in place for the foreseeable future. That means plenty of opportunities for things to get weird and dystopian, and Westport, Connecticut is going all-in. According to a press release, the city's police force has teamed with drone maker Draganfly to launch "pandemic drones" capable of enforcing social distancing requirements and performing on-the-fly fever testing to determine if individuals may have coronavirus symptoms.

Westport's police department already had a fleet of quadcopter drones at its disposal, but they will now be equipped with software designed by Draganfly specifically to deal with the ongoing pandemic. Included in the drones’ new suite of features is a computer vision system that can keep tabs on the health and behavior of citizens. According to the company, the system can read and display to the drone operator a person's temperature, heart and respiratory rates, and even detect people who are sneezing and coughing. Draganfly claims that its software can "accurately detect infectious conditions from a distance of 190 feet."

In addition to making fly-by diagnoses, the drones also have the ability to determine whether or not people are observing social distancing rules. Drone operators viewing the action from 4K cameras mounted on the drones will see citizens surrounded by a green circle to indicate they are maintaining their distance. If at any point they come within the six-foot bubble of space around someone else, the circles around both people will turn red. If police spot individuals violating the social distancing rules, they can yell at them through a speaker system built into the drone.

The Westport Police Department has insisted that drone systems will only be used to monitor "at-risk" populations out in public. "The goal is to provide better health monitoring support for potential at-risk groups, including seniors, as well as for gathering crowds at beaches, train stations, parks and recreation areas, and shopping centers," Westport PD said in a statement on Facebook. "It will not be used in individual private yards, nor does it employ facial recognition technology.” But it's hard to shake the sense of Big Brother putting particularly invasive eyes in the sky, especially considering that Draganfly also sells its drones and software to the Australian military.

Westport isn't the first town to embrace drones to break up social gatherings. Elizabeth, New Jersey has sent out siren-equipped drones to send people home when they are spotted too close together. Cops in Daytona Beach, Florida have used similar technology to disperse crowds at city parks, and Savannah, Georgia law enforcement has used drones to "promote" social distancing. Surveillance companies have also taken to marketing their services toward coronavirus detection. None of those programs have been equipped with quite the same level of monitoring tools and computer vision as those in Westport, though.

Certainly, it's important to keep people safe and enforce rules meant to limit the spread of coronavirus, particularly in a state that has been as hard hit as Connecticut. It’d just be nice if they could do it in a way that wasn’t such a pitch-perfect Orwellian nightmare.

More like this
We might have AI-powered murder drones to worry about now, a U.N. report suggests
By AJ Dellinger
Uber offered its drivers help with health care, but of course it was a mistake
By AJ Dellinger
Jeff Bezos is going to space, which is the most divorced guy thing imaginable
By AJ Dellinger
Stay up to date