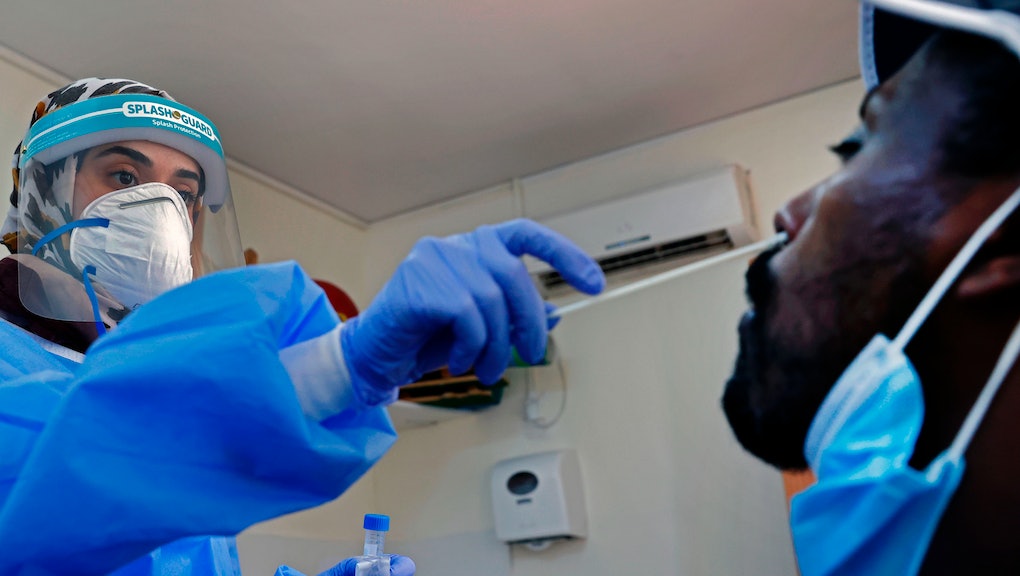 Coronavirus cases could be massively underreported, a CDC study found

In the United States, the total number of coronavirus cases is rapidly approaching 4 million. And while that number alone is shocking, it may not even capture the whole picture. Depending on where you are in the U.S., coronavirus cases could be six to 24 times higher than reported, according to a study from the Centers for Disease Control and Prevention.

The study was published on Tuesday in the journal JAMA Internal Medicine. Researchers used blood tests that would look for antibodies, which would show up a person's blood if they'd been infected with coronavirus. The CDC originally reported that it had developed a laboratory test to estimate coronavirus infections in the U.S. back in May.

Researchers in the new study didn't go out and collect random samples, but instead performed tests on existing samples from 10 different regions across the U.S. The study found that in seven of the 10 sites, the estimated number of cases ended up being 10 times the number of reported cases.

There's obviously a huge range in how underreported coronavirus cases could be. The study wasn't able to identify a specific multiplier nationally, but it does shed light on certain regions. For example, some of the samples came from Missouri, and the study found that the estimated number of coronavirus cases there was seven times higher than the reported number of cases.

“These data continue to show that the number of people who have been infected with the virus that causes COVID-19 far exceeds the number of reported cases,” Dr. Fiona Havers, the CDC researcher who led the study, told The New York Times. “Many of these people likely had no symptoms or mild illness and may have had no idea that they were infected.”

This isn't the first time that it's been suspected that the coronavirus count has been underreported in the U.S. In April, Gothamist reported that a surge of New Yorkers dying in their homes suggested that the city was undercounting coronavirus deaths. City Councilman Mark Levine, who chairs the City's Health Committee, told the outlet at the time that "there’s no doubt we’re undercounting." The city ended up switching its stance and started counting probable coronavirus deaths in addition to confirmed ones as a result of the Gothamist report.

The CDC study does have its limitations, however. To start, while the collection sites were relatively spread out, 10 cities is still a rather small representation of the U.S. The collection sites in question were based in the San Francisco Bay area; Connecticut; south Florida; Louisiana; the Minneapolis-St. Paul-St. Cloud metro area in Minnesota; Missouri; the New York City metro area; the Philadelphia metro area, Pennsylvania; Utah; and western Washington State.

In addition, the samples were collected from March to early May, and a lot has changed in even those sample areas since then — particularly in Florida, which has emerged as the new epicenter of coronavirus. And just last month, the U.S. saw a surge in coronavirus cases. While outbreaks flare up across the country, President Trump claimed recently that the virus is "dying out."

More like this
Vaccines are good. Threatening to evict someone over them is not
By Rafi Schwartz
I never want Tucker Carlson to stop talking about Nicki Minaj's cousin's friend's enormous balls
By Rafi Schwartz
Delta might be the last COVID nightmare variant we get
By Ian Kumamoto
Stay up to date