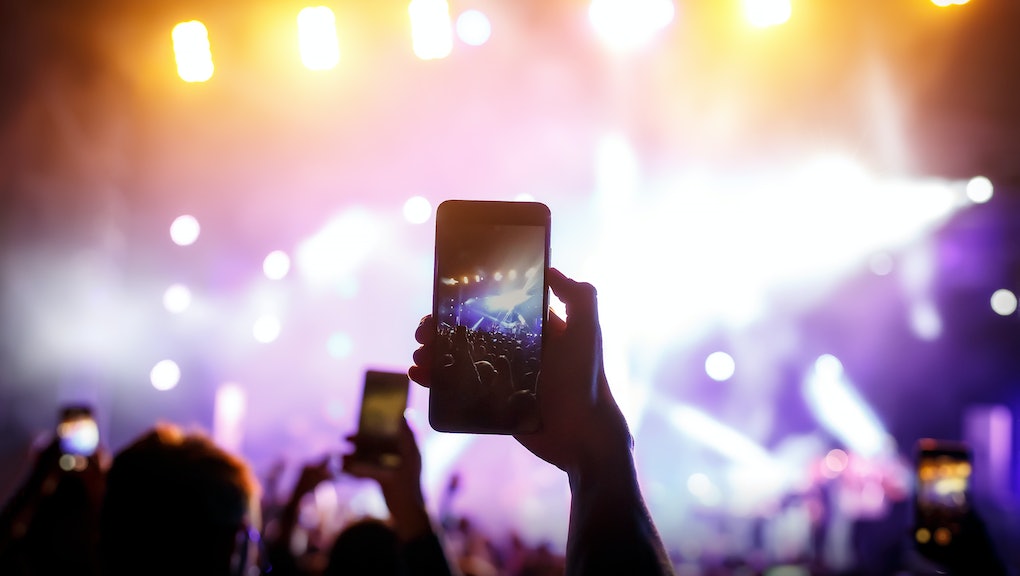 Coronavirus forced musicians into a crisis. Now they're calling for economic justice

The scale of economic damage brought on by the coronavirus pandemic won’t be clear for some time. And initial signs don’t appear promising. Unemployment figures have risen to unprecedented levels, and the U.S. economy reportedly shrank by the biggest margin in decades. Even as states begin to ease restrictions, a clear picture of a post-pandemic recovery seems out of reach. One sector affected most acutely by the crisis is live music, which has effectively been shut down for the foreseeable future. For musicians, who see a significant portion of their income during the summer and fall months as festival season gets into full swing, the situation is existential. Seemingly overnight, a once-depended on revenue stream has been cut, with no signs of relief on the horizon.

The situation is no doubt a challenge for all musicians, but independent artists are likely to feel the pain soonest. Whereas those signed to major labels have teams that help sort through contracts, royalties, and merchandising, many independent artists are teams of one, making it difficult to weather the current economic storm. It’s what inspired the start of Music Worker Alliance, a group born out of organizing efforts started in the wake of the Ghost Ship tragedy in 2017. MWA launched a petition calling on the major music streaming platforms, namely YouTube, to adopt new measures to curb online piracy and bolster the streaming revenue of artists.

“The reality is that everyone is making too little because half of the streaming is happening for free on YouTube,” Olympia Kazi, an organizer for MWA, told Mic. “Free in the sense that YouTube is hosting pirated content and the creators don’t see any payment at all.”

While YouTube does have a paid subscription tier, YouTube Music, Kazi refers to videos uploaded by users without an artist’s permission. It’s why the group has honed in on a section of the Digital Millennium Copyright Act which allows for something called “safe harbors,” shielding tech companies from liability for copyright infringement on their platforms. As it stands, if someone uploads copyrighted material to YouTube, the company isn’t held responsible.

Conversations about the DMCA are not new. Since the act was signed in the late ‘90s, those in both the music and tech industries have argued over various provisions. Section 512, specifically, has been the subject of a number of op-eds and controversies. As recently as 2016, major musicians like Katy Perry and Christina Aguilera signed a letter calling for an update to the law that would make copyright infringement more difficult.

Why are multi billion-dollar companies not paying creators?

One of the key points in MWA’s platform is a call for a universal technical standard in sniffing out copyright violations. Right now, YouTube uses its own Content ID system, which algorithmically scans for copyrighted material and automatically removes any violations. MWA says this system is not only imperfect, but also tends to operate at the benefit of major artists. The formalities involved in using YouTube's system, critics argue, leave independent artists to mainly fend for themselves.

Members of MWA say that the effect of this spotty, and often lopsided, copyright enforcement is an overall depression of the rates paid by legal streaming platforms. To remain competitive with the effectively free content on services like YouTube, streaming giants like Spotify and Apple Music pay royalties that come out to a fraction of a cent per stream.

“Artists have always known that it wasn’t fair. And the truth is that it is not a fair market.” Kazi says. “Why are multi billion-dollar companies not paying creators?”

The prevailing logic before the coronavirus pandemic was that artists could make up for low streaming revenues by touring. If your music was available on all platforms, you could amass the kind of following that would make live performances a lucrative endeavor. Except now, with coronavirus all but eliminating the concert industry, many musicians are finding themselves without any kind of safety net, and with few options to make a living off of their music.

“It’s very difficult to monetize recordings today. It’s an expense as opposed to an income stream,” Ribot says. “The problem is we can’t sell what people can readily get for free. If we don’t have a market for our recorded work, and our live work has to stop. We don’t exist,” he continued.

But not everyone believes a technical solution is feasible, or even preferred. Katharine Trendacosta, the Lead Policy Analyst at the Electronic Frontier Foundation, says that while she feels for the concerns of musicians at this time, copyright filters stand only to further entrench power among Silicon Valley giants.

“This isn't really a time when we should be making it harder for people to get things online. More people than usual are depending on internet access and depending on the ability to stream video and share video,” she told Mic. “And it's already incredibly difficult to do that with the terms of service and the DMCA and all of these other restrictions that are tilted heavily in favor of major companies and not in favor of regular people.”

Trendacosta says she understands where musicians are coming from, and indeed feels there is a baked-in unfairness in the industry. But the nature of the internet makes solutions to those challenges more complex than copyright filters. She points to YouTube’s Content ID system which, despite the company’s hundreds of millions of dollars in investment, is mired with problems.

“I really don't know what people think is the magic solution here. We kind of see this all the time with a number of technologies where people think that the only reason something doesn't exist is because the people at tech companies haven't worked hard enough,” she says. “And what a lot of people will tell you is it's not a matter of working hard enough. Like technology isn't magic. You can't just will it into being and have it work perfectly.”

Trendacosta points to more traditional boogeymen of labor issues, multibillion dollar conglomerates, as the real source of artist’s challenges. “I think musicians and artists have been partially convinced that the problems they are facing are due to copyright infringement and not as much due to the size and predation of other companies,” she says. “Including the companies that sometimes represent them.”

The reality is that arts and culture is critical and keeping people sane, and will be critical for the recovery.

Kevin Casini, a music industry consultant and attorney, agrees. He supports MWA and organizations like it, but says he thinks they are "outgunned."

"Google, Apple, Facebook have too much money to be swayed, they’ll just enact incremental change," he told Mic. "Any sweeping requirement that would affect them would be so costly no one else could survive: you can’t have a law that only applies to Google, Amazon, Facebook, and Apple."

The issue boils down to the sort of classic David vs. Goliath battle we've seen in a number of industries, especially as the coronavirus pandemic exacerbates already present issues of inequality. Beyond Music Workers Alliance, a number of organizations have emerged to fight for a more equitable industry. A new group called The Union of Musicians and Allied Workers recently sent a letter to Congress outlining the ways it'd like to see more support for musicians during this crisis. The letter was signed by over 250 musicians, including members of bands like Sonic Youth and Fugazi. Platforms like Bandcamp are also leading the charge in directly supporting musicians, waiving their fees every Friday for the next three months in order to put more money in artist's pockets.

Casini says these types of actions are a crucial first step. He also thinks organizing around a specific policy goal is key. He points to the recent success of the Music Modernization Act, which makes it easier for rights-holders to earn royalties from online streams. "We focused on one goal that we knew we could get passed," he says.

While there may not be an easy technological solution to the challenges musicians face in light of the current pandemic, it would appear as though the energy around organizing for better conditions, as in industries across the board, has finally reached a fever pitch.

“Now is the moment that I think we need to find the strength collectively to fix what’s wrong,” Kazi says, “The reality is that arts and culture is critical in keeping people sane, and will be critical for the recovery.”