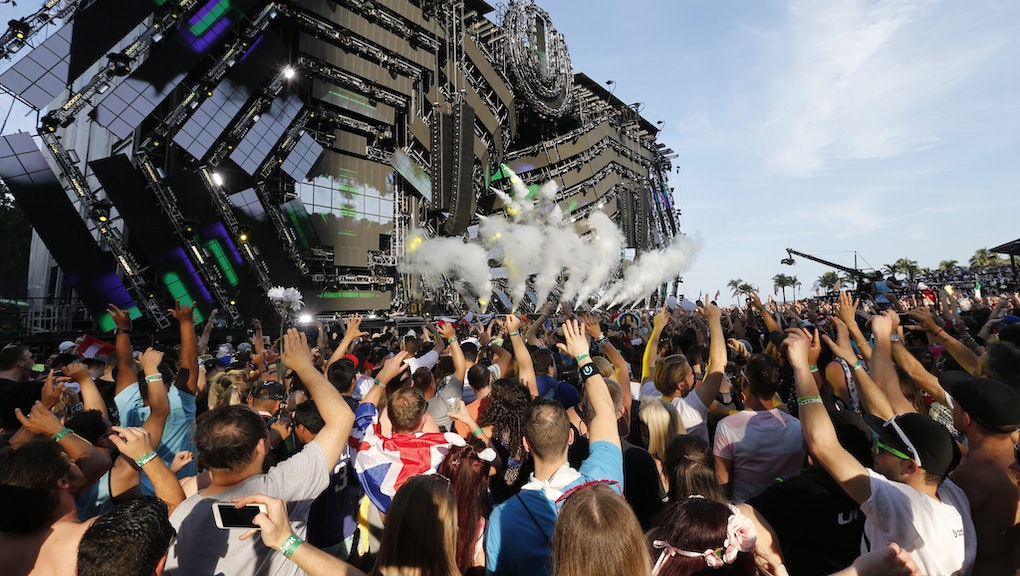 Coronavirus leaves the live music industry bracing for the unknown

As coronavirus begins to infect more people in the United States, with 225 cases confirmed as of Friday, the live music industry is bracing for containment. On Friday morning, Ultra Music Festival made the unprecedented call to postpone the Miami event to 2021 for the first time in its 21 year history, amid pressure from city officials. Companies like Apple, Netflix, and WarnerMedia are steadily backing out of South by Southwest in Austin, which is scheduled to take place from March 13-22. This casts a blanket of uncertainty over an entire industry heading into the biggest stretch of festival season, with Coachella just over a month away.

Just one day before the city announced it would to suspend Ultra, Miami-Dade Mayor Carlos A. Giménez maintained on Twitter that Miami had no plans to cancel any major events. “We’re not canceling any major events in Miami-Dade County, such as Ultra, following the guidance from Florida’s Surgeon General on #Coronavirus.” We’ve reached out to Ultra Music Festival for comment and will update this story if we hear back (for the sake of full disclosure, I used to work for Ultra’s ticketing partner.)

On Wednesday, Austin public health officials said in a news conference that canceling South by Southwest wouldn’t make the city any safer from COVID-19. They don’t expect the medical officer to make any directives to close, but Austin Mayor Steve Adler assured that “South By’s already said that if the medical officers and the experts recommend that South by be canceled, then they’re going to cancel.”

The trajectory at least seems to mirror the Ultra decision — reassurances from city officials that a marquee event will continue on uninterrupted, with every indication from onlookers and participating companies that it will probably not go on exactly as planned. It’s increasingly clear that medical professionals, and especially the highest-ranking figures in government, do not have a strong handle on what the next steps of the virus will look like. The incredibly dire risks associated with downplaying the 3.4% global death rate as reported by the World Health Organization as “way under 1%” are evident, but what’s not is the rate of its progression. Earlier this week, scientists confirmed that the most aggressive strain of COVID-19 has decreased in China.

Dave Frank, manager and co-head of electronic for Milk & Honey Music, has already endured major losses due to tour and festival cancellations — the primary revenue stream for most of his artists. One of which, Oliver Heldens, was set to be a headliner at Ultra Miami later this month, and has had to put numerous European shows on hold. With merchandising and royalties only typically paying out just once every 9 months, he’s had to get creative with other revenue streams in the interim. “It’s a bloodbath. There are so many people that are getting affected, not only in the music industry but across the board,” Frank tells Mic. “I fear that this is just the brink of it, not even close to where it’s going to get.”

However, Frank points out that a number of Ultra’s unofficial side parties are tentatively planning to go on as scheduled, often moving more tickets than they were before. “What I’m seeing is the larger scale festivals aren’t happening, but it’s creating a more in-demand market for smaller club shows. People still want to go out and do things,” he said.

Other major artists, including Green Day, BTS, and Mariah Carey, have already canceled international shows amid coronavirus fears, and with events like Ultra and SXSW relying on a global network of attendees, you can already see how these ripple effects from touring performers will hit the U.S. market. In a recent LA Times report, Billboard senior director of live and touring Dave Brooks pointed out how much more dire this could become for smaller promoters and tour companies in the long term. “If there are cancellations, and if it’s a down year for the industry, [top concert promoters] Live Nation and AEG could probably weather it, but it could be a death knell for some independent promoters,” he said.

The live music industry is increasingly becoming centralized around those two promoters, so, much like the broader film industry’s $5 billion losses so far this year with other premieres and productions at risk, it’s built to absorb some shocks. But when you think of the ecosystem of an event like SXSW — the annoying corporate tech hub and pseudo film festival it’s become in recent years, with independent artists reaching for scraps on the margins — the consequences for artists who legitimately use an event like that or Coachella as a vital stepping stone for their livelihood are harder to measure. For smaller artists and promoters who depend on touring revenue in international markets, there’s enough reason to fear the unknown.

More like this
Nia DaCosta landed a Marvel movie and is still in student loan debt
By Chloe Stillwell
The 8 best reality shows you're not watching, but should be
By Brandon Yu
Steve from 'Blue's Clues' gave us the closure we didn't know we needed
By Kara Weisenstein
Stay up to date