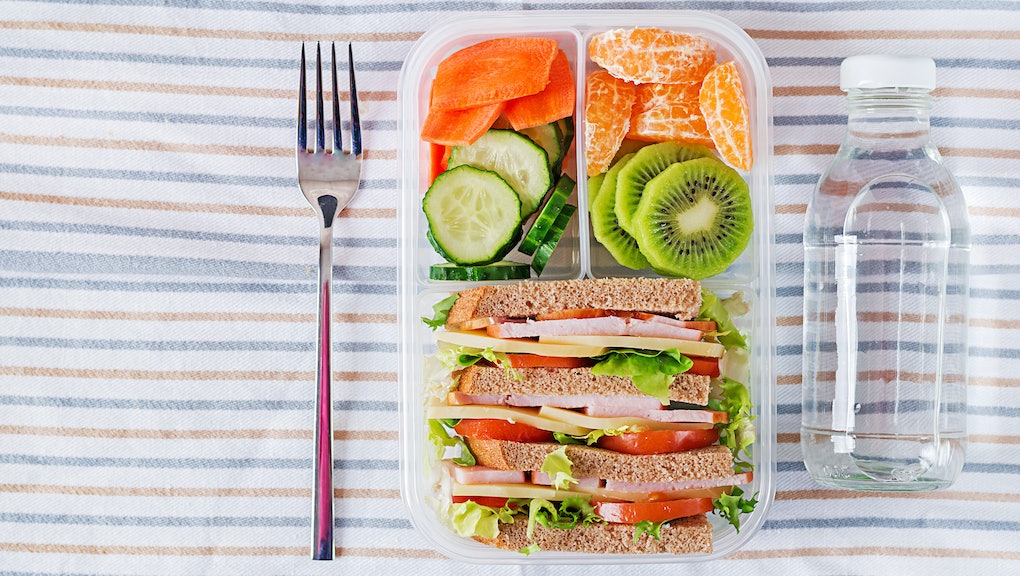 School-aged children spend six to seven hours a day in school, yet they receive just five hours of nutritional education on average in a given year. A new bill introduced this week by Sens. Cory Booker (D-New Jersey) and John Cornyn (R-Texas) aims to change that. It’s called the Food and Nutrition Education in Schools Act of 2020, and if passed, the bill will use federal funds to increase nutritional education in schools, particularly in neighborhoods where students are at heightened risk for developing diet-related diseases like diabetes or suffer from malnutrition.

The proposed legislation relies on research and work conducted by FoodCorps, the federally-funded AmeriCorps program that aims to provide healthy food access and education to kids. "We know that all children in America must have access to healthy food to succeed. With the top Republican and Democrat on the Senate Agriculture Committee focused on reauthorizing child nutrition programs this Congress, the time to act is now," Kristin Lynch, a spokesperson for Booker, told Mic in an email.

Studies show that young people are more likely to eat healthy foods when they know where their meals come from and have a hand in the preparation. There’s ample evidence, as well, that students tend to perform better academically if they’re consuming a wider range of food, including more fruits and vegetables. The Centers for Disease Control and Prevention found that students who received A grades in school were more likely to eat breakfast, consume vegetables, and not drink soda or other sugary drinks than their peers who earned mostly D’s or F’s.

FoodCorps, whose representatives helped to shape the scope and language of the Booker-Cornyn bill, found that hands-on learning about food systems increased fruit and vegetable consumption for children. Food habits and preferences are developed during childhood, which means that elementary-aged children are especially well-suited for this kind of hands-on education, which teaches food and nutrition awareness.

“We have seen firsthand how food and nutrition educators can make a difference by delivering high-quality hands-on opportunities in classrooms, cafeterias, and gardens, changing kids’ relationship with food for the better," said Kumar Chandran, FoodCorps's policy director, in a press release provided to Mic.

Studies have found that the diet quality established early on carries throughout one’s lifetime, so the impact of food scarcity and lack of food knowledge can last into adulthood. If Booker and Cornyn's bill were to pass, federal dollars would be used to establish pilot programs where full-time food and nutrition educators are installed in schools, as well as to fund hands-on programming via school gardens and other evidence-based means. The proposed legislation doesn't set specific goals for parents or guardians, who often control what kinds of food kids are provided at home home, but a Booker aide told Mic that ideally, the nutrition educators in schools would be able to provide programming to parents through after-school meetings or cooking classes.

In the press release, Booker underscored the connection between academic performance and nutritional education, highlighting his commitment to food access that has spanned his political career. As the mayor of Newark, New Jersey, he helped bring grocery stores to areas of the city where there were none, alleviating some of the stress faced by residents who were forced to travel by bus well past city limits just to procure fresh vegetables and fruits. He also "spearheaded the creation of community gardens," Lynch told Mic.

The senators’ new pilot program would operate in areas lacking access to healthy food options across in rural, suburban, and urban areas. It would also explicitly target lower-income neighborhoods where at least 40% of students qualify for free or reduced lunch. “Teaching students how to prioritize their health by choosing nutritious foods is an invaluable lesson that will serve them for years to come,” said Cornyn in the release.

About 2.3 million Americans live in low-income communities located more than 1 mile away from a grocery store and also lack access to a car, while a 2018 study found that half of all households with a median income below $25,000 were in a food desert. The study, conducted by the National Bureau of Economic research, also found that overall socioeconomic status and educational attainment played a significant role in individual and familial health, and that providing tools about how to make healthy decisions was just as important to providing access to healthy choices.

With the understanding that racist and unequal systems have resulted in food deserts, lower wages for households of color, and the absence of community gardens in schools, it's crucial to remember that eating healthy isn't just a matter of preference or even education, but one of accessibility.

More like this
This anti-vaxx doctor is seriously telling lawmakers vaccinated people are "magnetized"
By Tracey Anne Duncan
Trump wanted to quarantine Americans at Gitmo last spring, according to a new book
By Rafi Schwartz
The GOP has tried to kill Obamacare for a decade. SCOTUS just saved it for a third time
By Rafi Schwartz
Stay up to date