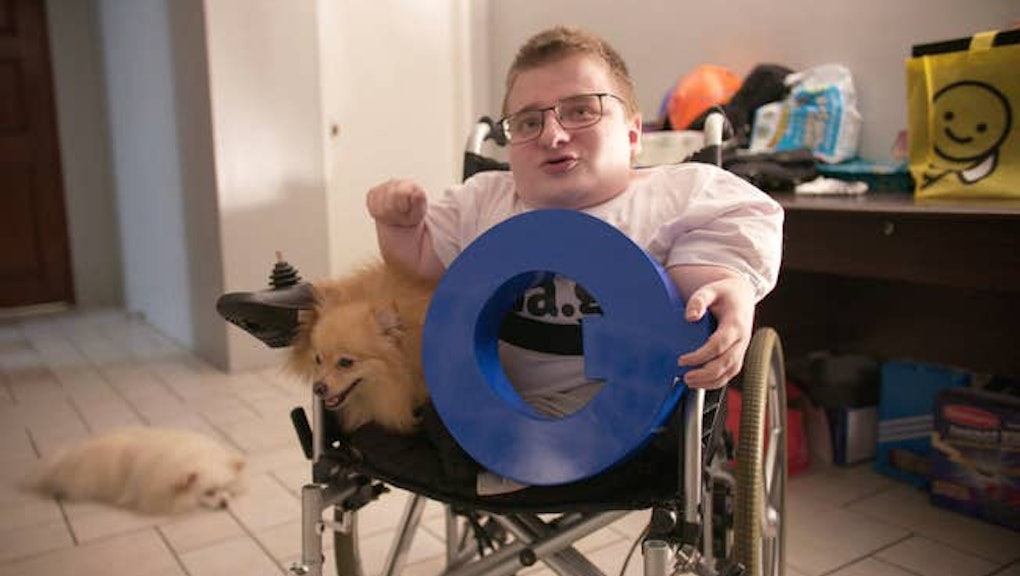 Could the people behind QAnon really be doing it just for the lolz?

The least interesting parts of Q: Into the Storm are the ones featuring actual foot soldiers attending rallies, posting content to YouTube, and talking to filmmaker Cullen Hoback about how they’ve reordered their existence around a mysterious figure’s so-called intelligence “drops.” At its core, the documentary is a character study of the people who created the infrastructure behind the movement. The film excels at demystifying the denizens of a shadowy corner of the internet. There’s the aforementioned Brennan, who constantly strokes a Pomeranian like a cartoon villain, as well as a current 8Chan admin who drinks white wine with ice cubes and is partial to wearing Affliction tees. But at the center of the plot are Jim and Ron Watkins, a creepy father-son duo obsessed with antique fountain pens and raising pigs. They’re who now run the site and who Hoback ultimately concludes are posting as Q.

The idea that we don’t know what the Watkinses hope to gain from the main project of their lives is disturbing.

It’s unclear how long it takes Hoback to arrive at that idea, because his series has been edited into a whodunnit that takes several detours. At one point, the director gets the idea that Q might actually be a Trump-affiliated political operative like Roger Stone or Steve Bannon, even flying to Italy in an attempt to track down the latter at a monastery. Such a reveal would be somewhat comforting compared to the idea that unconnected people like the Watkinses might be wreaking havoc on American democracy from their homes in the Philippines and Japan, all with no discernible motive.

At one point Ron Watkins speaks admiringly of Diogenes, the ancient Greek cynic who is said to have invented performance art. But are we really to believe that creating a mass movement about a global cabal of Satanic pedophiles is just a funny inside joke between him and his father? Or a status symbol among an inner circle of shady internet people — a troll’s version of a yacht? It’s true that 8Chan will never make them money, because no advertiser would ever go near it. But orchestrating QAnon — something that completely subsumes those who fall down its rabbit hole, never mind the people pulling the strings — is no part-time hobby. The idea that we don’t know what the Watkinses hope to gain from the main project of their lives is disturbing.

An explanation always seems tantalizingly close, though the affectless Ron Watkins is an expert at deflecting questions about his political beliefs. And potentially because Hoback’s documentary is 100 percent predicated upon unfettered access, he never outright demands an answer. (It’s also suggested at one point that he goes with Ron to a brothel, possibly as sort of collateral.) Viewers are left trying to piece together a potential ideology out of what goes unsaid, rather than what is said outright. At one point Ron claims he can’t be a white nationalist because he’s not white, though Hoback stops short of interrogating him. (He’s also so desensitized to hardcore porn that he watches it while driving his car. Meanwhile, his father has hosted domain names that suggest a connection with child pornography. Whatever these guys believe, it probably has little in common with the Christian QTubers obsessed with stopping pedophiles.)

Hoback correctly points out that when people try to debunk QAnon, believers take that opposition as proof of the conspiracy. And it is interesting to wonder how Q folks will react to the HBO treatment. Given that most people who follow the theory get their information from aggregation sites or YouTube because 8Chan itself is so vile, it’s unclear that they would be interested in the internal power struggles of the site’s current and former admins. And really, much of this documentary won’t even be comprehensible to anyone but the Extremely Online. The critics who have argued Hoback that risks indoctrinating more people by exposing them to Q’s claims are overestimating people’s attention spans. Yes, one of the ways that Q manages to hook people is through repetition of certain phrases with the ultimate goal of altering the lens through which one views the world. But susceptible boomers will not make it through the first hour.

In the three years Hoback spent filming his movie, voters elected deep-state conspiracist Marjorie Taylor Greene and Q-adjacent politicians like Lauren Boebert and Madison Cawthorn, to Congress. Jim Watkins created a super PAC last year to support political candidates who promote the theory. Into the Storm concludes with footage of the January 6 riot at the Capitol. Watching one of the most consequential moments in recent American history get crammed into the final moments of a six-hour movie, one gets the sense that Cullen incorrectly predicted what was going to be important about this whole QAnon thing. Or that he got so sucked into the mystery of who was behind it that he lost a sense of the stakes. As others have pointed out, he doesn’t at all acknowledge the people whose lives have been ripped apart by their family member being sucked into a conspiracy theory that’s, per design, impossible to debunk. Subreddits like r/qanoncasualties are overflowing with such stories.

And while Jim Watkins attended the “Stop the Steal” rally, the story ceased being his the moment the building was breached. Whether he and his son fomented that outpouring of anger almost becomes irrelevant. While it seems silly to say that a six-hour documentary should be longer, it’s undeniable that a sequel is in order, whether it’s made by Cullen or not.

More like this
The debut of 'Gutfeld!', Fox News's new comedy show, went about as well as you'd expect
By AJ Dellinger
Georgia's voter suppression law is bad, Coca-Cola and Delta have finally decided
By Rafi Schwartz
Queen Rihanna marched with the people against Asian hate this weekend
By Kara Weisenstein
Stay up to date