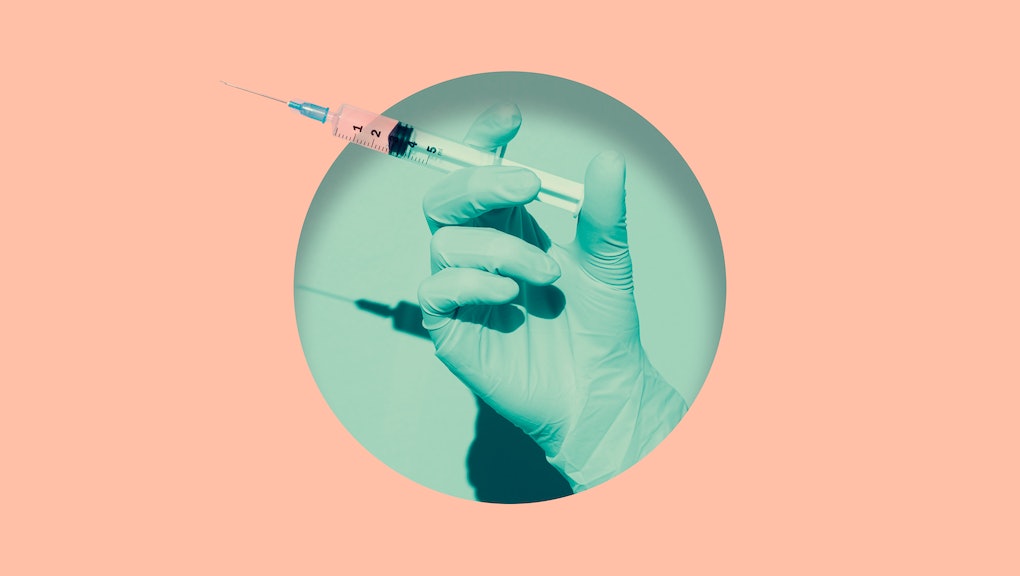 COVID-19 vaccines might not work for some people. Here's who is at risk

As more of us get jabbed and businesses reopen in response to relaxed CDC guidelines, Hot Vax Summer feels so close we can taste it. But one demographic remains cautious, even if they’ve been fully vaccinated: immunocompromised people, or about 3 to 4% of the U.S. population, according to the Washington Post. The newspaper reported that the COVID-19 vaccines may not work in some immunocompromised people — all the more reason to get vaxxed and stay masked if you haven’t. It’s not just about keeping yourself safe, but those around you, as well, especially the millions for whom the shot might not offer protection.

In the quest to get vaccines out as fast possible to as many people as possible, clinical trials for the vaccines didn’t include immunocompromised people, the Post explained, so the data on how they’ve responded to them is scant. We need this information, though, not only protect them from COVID-19, but also to understand the role they might play in the emergence of more contagious variants. Case studies of active infections simmering in patients for months have raised the possibility that they can incubate mutations that help give rise to these variants.

Based on preliminary data, the vaccines may offer some protection, though dampened, to people with HIV and certain autoimmune conditions, the Post said, and even less to transplant recipients and people with certain blood cancers. The diminished immune response seems partly associated with immunosuppressive drugs, like the commonly prescribed steroid prednisone.

The lifted restrictions don’t seem to be helping, either. Dorry Segev, a researcher at Johns Hopkin School of Medicine, rarely saw COVID-19 in transplant recipients for most of the pandemic, per the Post, but that frequency has risen significantly lately. In many cases, the affected patients were less careful about social distancing after they were fully vaccinated.

But COVID-19 vaccine responses seem to vary from one condition to the next, the Post explained, and much of the research has focused on antibody creation, only one of the many responses the immune system initiates. (We also don’t know what antibody levels defend against the virus, the outlet noted, so doctors caution against using antibody tests to gauge your immunity.)

Monica Gandhi of the University of California, San Francisco told the newspaper that the response of HIV patients’ T cells — a type of immune cell — to the vaccine is comparable to that of people without HIV. She also said that she believes the reduced antibodies people with HIV make in response to the shot are still enough to protect them, at least in places where antiretroviral therapy for HIV is easily accessible.

But early data paint a different picture for people with cancers that affect their B-cell function, per the Post, citing a yet-to-be-peer-reviewed study of blood cancer patients’ vaccine responses. Only 23% of those with B-cell chronic lymphocytic leukemia had detectable antibodies, even if they weren’t undergoing treatment that would’ve suppressed their immune systems.

The good news is that experts have been exploring giving booster shots to people with diminished immune responses, the Post reported, as well supplying them with the monoclonal antibodies that’ve been used to treat people who already have COVID-19, as a preventative measure. Until these possible solutions materialize, though, we need to be mindful of immunocompromised people for whom the vaccine might not work as well, or at all. Mounzer Agha, the hematologist at the University of Pittsburgh Medical Center who led the blood cancer study, told the Post that he worries that even higher doses of the vaccines might not work for some, who may need to depend on others around them being vaccinated.

To put things in perspective, only 37.5% of the U.S. population is fully vaccinated, per the CDC, and there’s no surefire way to tell who’s actually been jabbed, which is a pretty scary situation for someone who’s immunocompromised. Getting vaccinated as soon as you can and taking stricter precautions in the meantime can help keep everyone safe.

More like this
This anti-vaxx doctor is seriously telling lawmakers vaccinated people are "magnetized"
By Tracey Anne Duncan
These adorable COVID-sniffing dogs are pandemic heroes — but there’s a catch
By Tracey Anne Duncan
Why the origin of coronavirus is still a mystery
By Marilyn J. Roossinck
Stay up to date