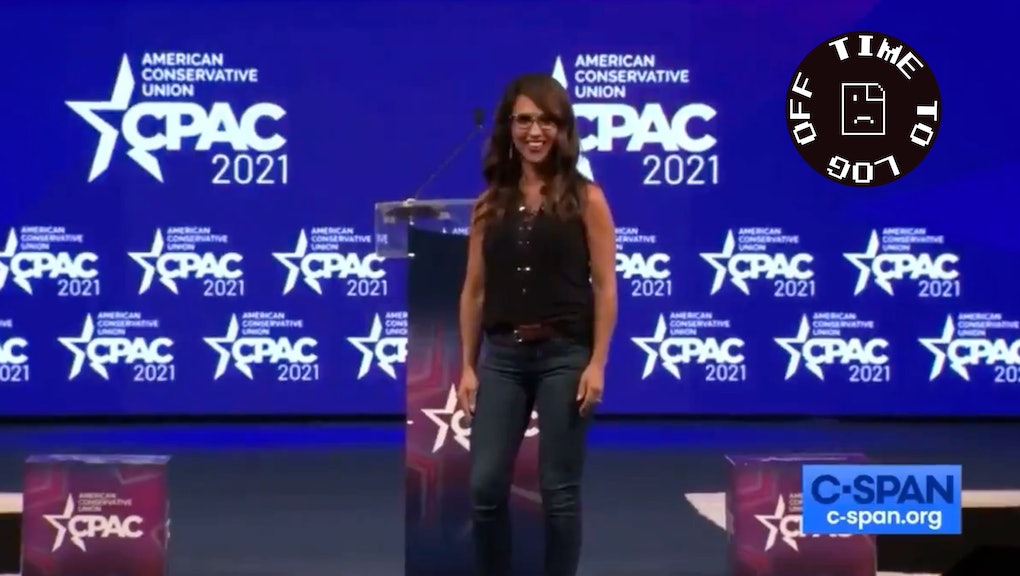 CPAC may be over, but its horrors will haunt us forever

Another year come and gone, and another CPAC — that is, the American Conservative Union's "Conservative Political Action Conference" — is in the books. What books, you ask? I'd have to say a little bit of Dante's Inferno, some parts of Mein Kampf, and maybe a few pages of The 120 Days of Sodom thrown in there for spice.

What I'm trying to say is that over the years, CPAC has become the absolute must-attend for some of the worst, most ghoulish figures in conservative politics, rivaled only by other far-right hootenannies like a round of golf at Mar-a-Lago and the Jan. 6 insurrection. And while this year's conclave was hardly the masturbatory victory lap of conferences held during the Trump presidency itself, it was, if anything, all the more deranged thanks to an unrelenting drumbeat of victimhood and aggrievement. From vaccine paranoia to stolen election conspiracies, the QAnon-tinged conference was ... well, it's done. That's what matters.

But since all past is prologue, and we'll never truly escape the horrors of CPAC, let's take one last jaunt down memory's cursed lane and revisit some of the absolute worst moments of this year's conference. It'll be fun!

First up, Colorado Rep. Lauren Boebert. You might remember Congresswoman Boebert as one of a growing number of Q-ified members of the Republican caucus.Or perhaps you remember her as the gun-obsessed restaurateur who gave her customers bloody diarrhea with her pork sliders? Either way, she's one of the rising stars of the modern conservative movement, despite (or perhaps because of) shit like this:

Juvenilia of calling a lifesaving vaccine the "Faucci Ouchie" aside, it's worth noting that Boebert's choreographed rant against government subsidies carefully elided the fact that not only is her home state of Colorado wildly dependent on welfare, but that she, herself, grew up a beneficiary of the federal social safety net.

Freed from the restrictive constraints of the CPAC main stage, Boebert also used her time at one of the conference's after-parties to rail against gun control efforts by ranting about first son Hunter Biden, who has been extremely candid about his substance abuse struggles. Boebert called him a "crack head, parmesan-smoking, gun criminal."

Speaking of the CPAC after-party, conservative "gotcha" fabulists Project Veritas were there, where founder and figurehead James O'Keefe did, uh, this:

Anyway, back to the conference itself. Did you know that onetime Trump supporter and current Republican candidate for California governor Caitlyn Jenner was there? She was! Incredibly, the fact that Jenner has lurched her campaign to the far-right fringes that would normally be right at home at CPAC wasn't enough to keep some attendees from pelting her with transphobic harassment, calling her a "sick freak" and deadnaming her as she took a photo with an admirer.

When it comes to CPAC, though, the attendees are as much a cause for concern as the featured speakers — specifically, in this case, the attendees who were proudly displaying their allegiance the neo-fascist street gang the Proud Boys.

Also in attendance was the founder of the ultra-nationalist right-wing militia the Oath Keepers — many of whose members, like the Proud Boys, participated in the insurrection at the United States Capitol.

But of course, CPAC was really about one man and one man only: Donald Trump. The former president took the main stage Sunday for his usual bout of self-congratulations and pathetic victimhood.

Trump's speech — a predictable rehash of his usual complaints and boasts — was notable for no other reason than that he used his win in the conference's laughably unimportant straw poll as a means to tease a third presidential run in 2024.

Which is not to say that CPAC was a total free-for-all of kooks, opportunists, and aspiring dictators. Well, it was, but even it has standards, which is why Nick Fuentes, perhaps the most visible white nationalist Holocaust denier this side of Richard Spencer, was booted out of the Dallas conference center where the event was being held. Undeterred, however, Fuentes used his time leeching off the media frenzy CPAC inspires to vow to reach uncharted heights of racism and Jew hatred. Seriously, that's what he literally promised to do, while being cheered on by a bunch of children dressed like extras in Weekend at Bernies:

That should give you a pretty good understanding of what this year's CPAC was like. Horrified? Good, you should be. Because nothing will ever get worse than this ... except for next year's CPAC, which is sure to leave this one in the dust.