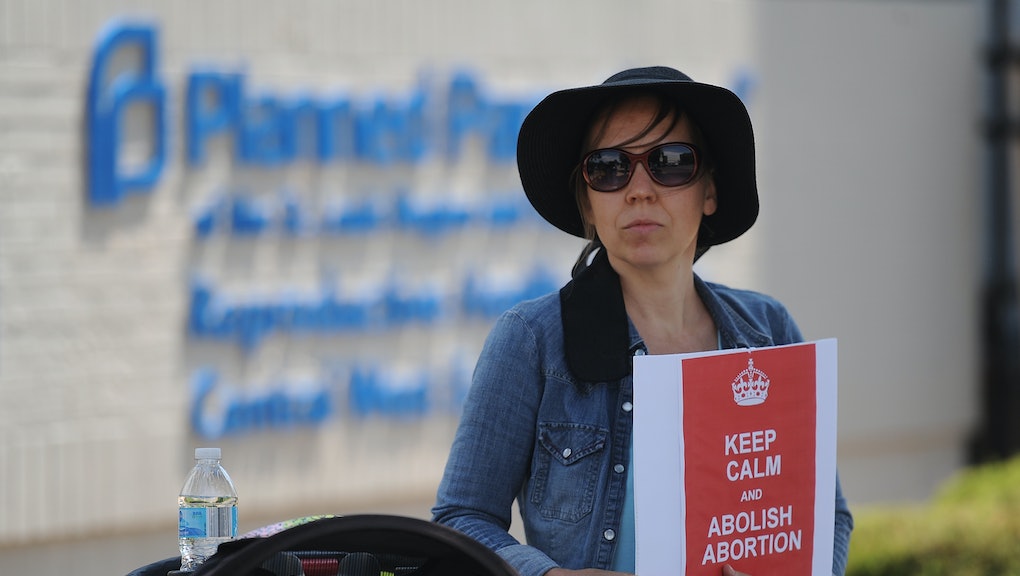 Crisis pregnancy centers, which spread lies about abortion, got millions in PPP funding

Organizations that masquerade as reproductive and abortion care facilities in order to dissuade patients from terminating their pregnancies received millions in Paycheck Protection Program funds, according to new analysis. The Guardian examined data from the Small Business Administration outlining the disbursement of loans under the PPP, which was instituted as part of the $2 trillion CARES Act relief bill passed in late March. The program was intended to bail out small businesses struggling due to coronavirus closures by providing them forgivable loans so they could keep employees on the payroll, among other benefits.

But apparently some of the funds went toward so-called crisis pregnancy centers, even as legitimate minority-owned small businesses struggled to get help. Crisis pregnancy centers may look like a typical health clinic from the outside, but they often perpetuate lies about abortion and reproductive care and guide patients from an anti-abortion perspective. These facilities may advertise language like "real options" so as to capitalize on the confusion or desperation a patient may feel while weighing an unwanted pregnancy. The organizations are often grounded in religious and Christian values, per the Guttmacher Institute. Religious organizations were allowed to apply for PPP loans.

The Crisis Pregnancy Center Map, a project led by Dr. Andrea Swartzendruber, an assistant professor in the Epidemiology and Biostatistics Department at the University of Georgia, notes that these facilities rarely offer the kinds of comprehensive medical care patients need. Some clinics may test for sexually transmitted infections, but few actually provide treatment for STIs, for example. Others may force patients to undergo a medically unnecessary vaginal ultrasound to hear the fetus's "heartbeat". Some centers may offer an "abortion reversal" pill, though there's no evidence that a pill to "reverse" a pregnancy termination actually works.

The data examined by The Guardian found that many anti-abortion organizations received federal funds, totaling at least $4 million and up to $10 million in aid to these organizations. The exact dollar amount of disbursed funds is unknown, nor is the exact number of centers that received PPP funds. One organization, Heartbeat International, which claims to run 2,700 affiliate crisis care centers, received up to $1 million in support, per The Guardian.

Individual clinics benefited from hundreds of thousands of dollars in relief too. The Guardian found that one clinic in the California Bay Area run by Obria Medical Clinics received a PPP loan of up to $350,000.

Critics say that the ease with which anti-abortion organizations accessed federal funds during the economic downturn is representative of the political attitude toward abortion and access to reproductive care. Despite the fact that most voters support teaching medically accurate sex education, access to contraception, and access to abortion care, the country has seen a wave of anti-abortion legislation at both the state and federal level in recent years.

Meanwhile, Planned Parenthood, whose reputation as an abortion provider belies its status as a provider of comprehensive health care to men and women, received a $80 million PPP loan for its vast organization — and some legislators demanded that the organization return the funds. In 2019, the Trump administration forced providers not to offer information about abortion if those clinics received federal funds.