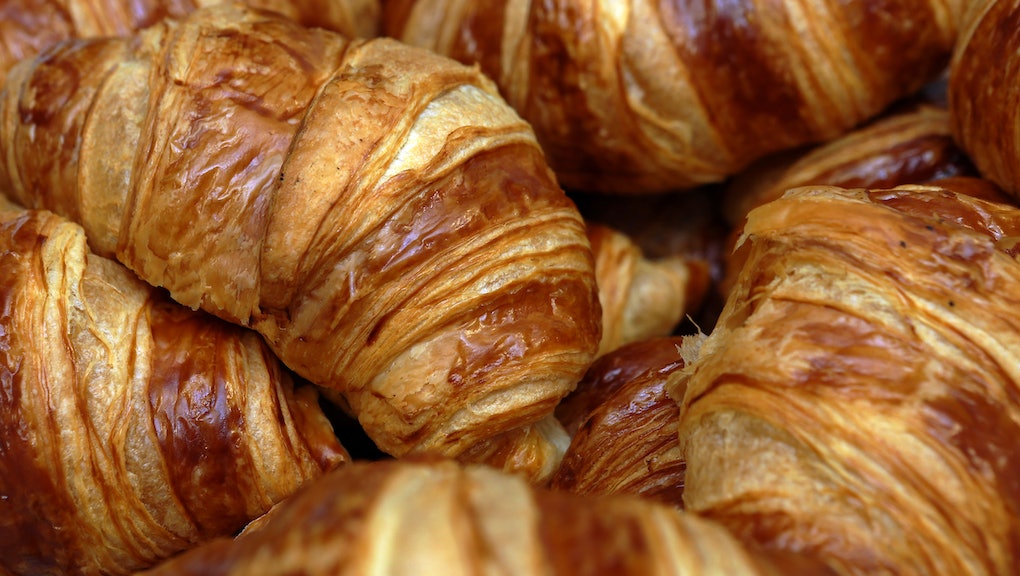 In the food world, there's one truth we can all agree on: croissants are delicious. The buttery pastries go fantastically with sweet and savory foods, and you can't go wrong with an egg and cheese nestled between two halves of one. But they have another surprising use unrelated to the culinary: the way croissants are prepared has helped scientists solve one of the biggest issues facing solar power.

Yes, you read that correctly. A group of scientists at Queen Mary University of London have created a device, inspired by croissants, that can help deliver solar-powered energy without the power of the sun. The device is capable of storing up 30 times more energy than any other like it on the market, and it won't even cost more to create. This could be a massive game-changer when it comes to providing cheap, sustainable energy. But out of all the items in the world to base this invention on, why a croissant? In a new study published in Nature Communications, scientists broke down their very intriguing findings.

"You’ve probably never made a croissant," research author Emiliano Bilotti and materials engineer at Queen Mary University in London told Vice News. "You should try, because it’s actually quite simple. You put a layer of butter on a layer of dough, you squeeze the two layers together, and you fold it again." Essentially, the process of putting together a homemade croissant inspired scientists to modify an existing gadget called a polymer film capacitor, which is capable of storing and releasing energy at a rapid pace.

These capacitors use thin layers of material for electrical insulation almost like croissants use pastry dough. The scientists discovered, through lengthy experiments, that they could fold the capacitor needed to store and release energy over on itself, much like bakers do to give croissants their iconic flaky layers. This makes for a more dense product that can store additional energy while using less mass.

Batteries are just one part of the equation when it comes to making an efficient solar power grid. Capacitors are ultimately important as well, however, and these "croissant"-like versions are basically a "cheap way to store more energy," according to Bilotti.

"Other methods have been extremely expensive and technical. The novelty of this capacitor is that we’ve managed to modify commercially available materials to make them more effective," he explained. There are more use cases for the bread-inspired inventions than simply powering solar grids, too. It could even be used in other tech, like electric cars, in the future.

"Storing energy can be surprisingly tricky and expensive and this is problematic with renewable energy sources which are not constant and rely on nature. With this technique we can store large amounts of renewable energy to be used when the sun is not shining and it is not windy."

While the croissant-like device is a stunning option for improving the way energy is stored and discharged, it isn't a cure-all for making things better just yet. Still, it's a very cool (and tasty) start.