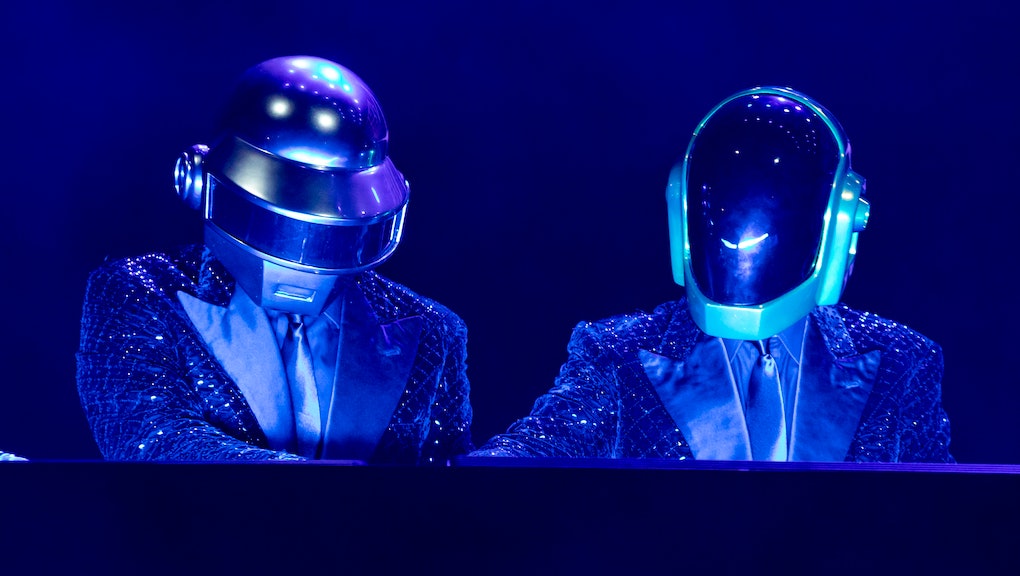 Daft Punk is calling it quits after a 28-year run

After 28 years of shaking bodies in the desert and clubs around the world, Daft Punk have called it quits, their publicist confirmed to Variety. On Monday, Feb. 22, the Parisian duo posted an eight-minute video to YouTube titled “Epilogue,” excerpted from their 2006 film Electroma, to mark their run spanning from 1993-2021. In the clip, the robots blow each other up in the desert right before a sunset, amounting to something like finality.

The duo of Thomas Bangalter and Guy-Manuel de Homem-Christo, who are among the most popular and influential dance artists of all time, expanded the possibilities of French house music. Mysterious and trollish in equal measures, the pair largely remained under their helmets for all performances, public appearances, and interviews. (Their faces are a quick Google Image search away, if you’re so inclined.)

Daft Punk’s first major global success came in the form of their 1997 album, Homework, a high-water mark for the genre that would establish them as a can’t-miss live act. Singles like “Around the World” landed them on the Billboard Hot 100, where they returned with the equally accomplished 2002 album, Discovery. Their singles “One More Time” and “Harder, Better, Faster, Stronger” were entrenched as club staples — and later, ubiquitous samples — and Daft Punk pushed well beyond any confines of Chicago house, into the amorphous genre blend of funk and disco they became by the end.

Daft Punk gradually slowed their output, releasing another hallmark live album, Alive 2007, two years after Human After All’s relative flop. But the pair remarkably returned to their most commercial success with 2013’s Random Access Memories, which notched Daft Punk their highest-charting single as lead artists (“Get Lucky”) and an Album of the Year Grammy. With revived, cross-generational interest, Daft Punk parlayed this into some big-time production assists on Kanye West’s 2013 album, Yeezus and The Weeknd’s “Starboy" single, the latter of which hit No. 1 on the Billboard Hot 100.

Given Daft Punk's track record for odd misdirection — like debuting Random Access Memories in a rural Australian town — there’s been ample skepticism on the timeline this morning about the pair's intentions. No way are they actually breaking up! They love reunions! They weren’t even doing much this past decade anyway! We’ll see what happens, but there’s no cooler way to go out than shattering apart in the desert.

More like this
DMX, the intense, gruff-voiced rap legend, has died at 50
By William E. Ketchum III
Gen Z can't believe you crusty millennials are still watching TV
By Kara Weisenstein
The case for queering 'The Bachelor'
By Kara Weisenstein
Stay up to date