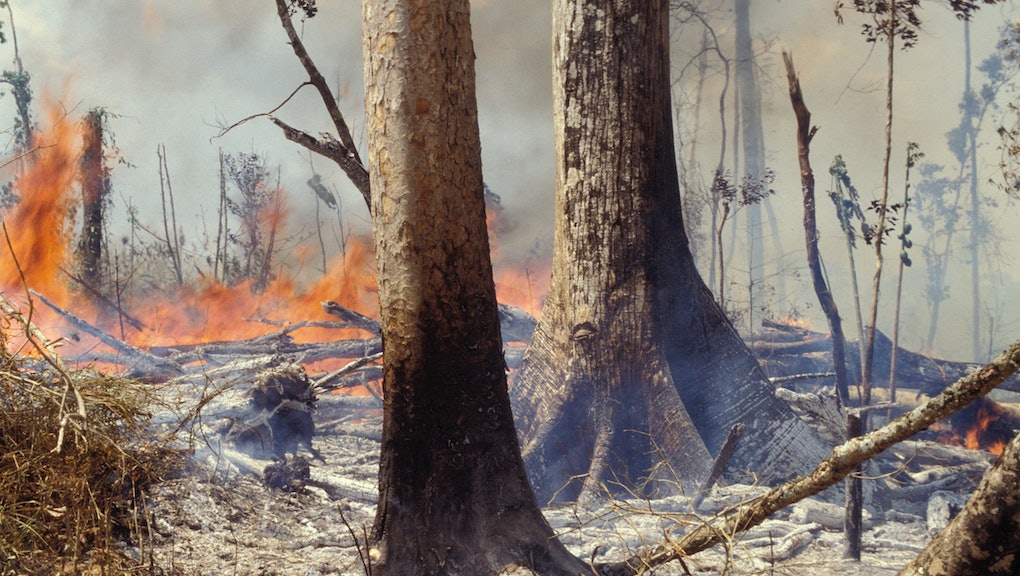 We already had a pretty good idea that destroying the environment was bad. But it turns out it’s not just climate change that we have to worry about. According to a study published Wednesday in the journal Nature, by tearing down natural ecosystems humans have invited an increase in animals known for spreading diseases like coronavirus.

The researchers examined thousands of groups of animals and traced the results of dwindling and damaged ecosystems across the globe. They found plenty of instances of humans encroaching on natural environments, be it cutting down acres upon acres of rainforest or uprooting swamp lands or prairies, primarily with the goal of converting untouched areas of nature into farmlands or settlements for growing populations. When the humans move in, many species end up moving out, particularly larger animals of prey that find it more difficult to hunt and survive in areas occupied by humans. But while the top of the food chain is wiped out or moves on, smaller and more adaptable creatures, like rats, tend to survive and stick around, even growing their populations.

The problem for people is that many of the species that survive the expansion are carriers of dangerous pathogens that can be passed on to humans. The researchers found these viruses that can move from animal to person, known as zoonotic diseases, were 2.5 times more likely to be present in areas with degraded ecosystems. Additionally, carrier species living in these regions were 70 percent more likely to carry a transmittable disease than those in preserved or undamaged environments.

The research is some of the first to measure just how badly humans have managed to mess up nature's own defense systems against disease, but the idea that viruses spread in areas where humans move in is not new. In 2016, the Centers for Disease Control and Prevention published research that showed a significant uptick in malaria cases in on the island of Malaysian Borneo that was experiencing rapid deforestation. Other research has shown explosions in the number of cases of Zika in Brazil, where deforestation has gotten worse year after year.

These are factors that are typically not taken into account when humans decide to upend an ecosystem. Researchers suggest that when these areas are disrupted and people start living in them, there is an increased need to invest in hospitals and medical defenses that will help treat diseases acquired from animals and stop the further spread of those viruses. It also suggests that protecting wildlife rather than destroying it might be a more economically viable option in the long-term. A recent study published in the journal Science suggested that investing in the protection of wildlife and forests could be our best defense against a future pandemic, and would cost considerably less than fighting a virus. If humans just let nature play its role rather than intervening or interrupting, it's possible that the natural lines of defense would keep us from encountering the types of diseases that bring our daily lives to a halt.