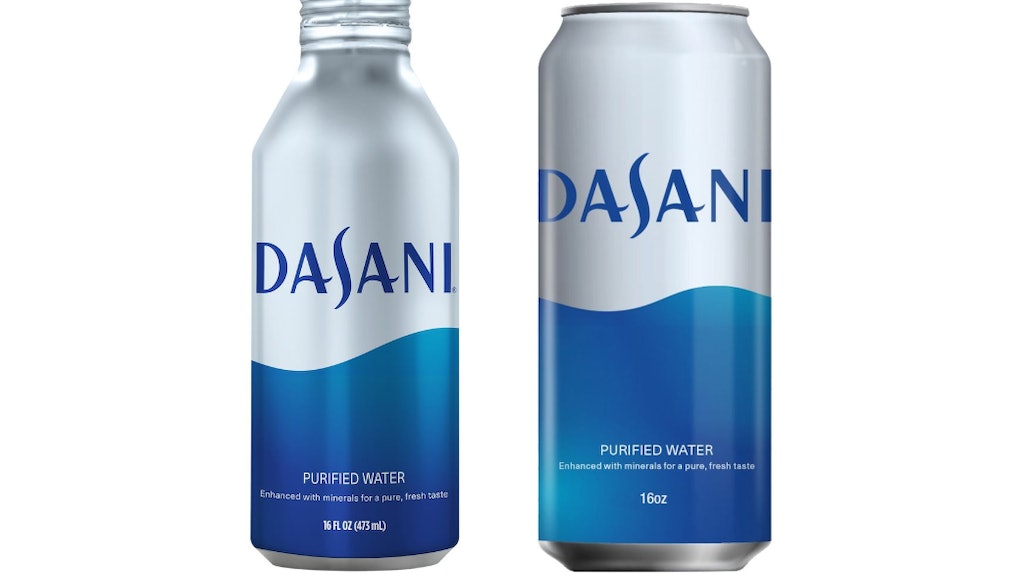 Coke isn't a company that likes to trail behind its eternal rival, Pepsi. So starting next month, Coca-Cola Co. will begin packaging Dasani bottled water in aluminum cans instead of plastic bottles for consumers in the Northeast U.S. The cans will expand to the rest of the U.S. by 2020.

This news comes about a month after Pepsi announced a plan to put Aquafina water in aluminum cans starting next year.

Coca-Cola Co. will also test a 'hybrid' bottle that will be half-recycled plastic and half-plant material. The company will also play around with the weight of the bottles to cut down on how much plastic they use.

The move to replace plastic bottles with aluminum cans has come around in part due to the latter's ease of recycling. According to data reported by San Francisco International Airport, less than 25 percent of plastic bottles are recycled. In contrast, noted Market Watch, over half of all aluminum cans in the U.S. are recycled. In Europe, those numbers hit 90 percent in some regions. Cans are also more likely to be made of recycled aluminum. The Aluminum Association reported that about cans can contain about 70 percent recycled aluminum.

Both companies seem to be confident these new measures will not only help with sustainability, but also their income. Cutting down on plastics has been a hot topic for consumers lately, with bans on single-use plastics reaching as far as Pakistan and China.

Although there are still concerns about relying too much on aluminum, particularly because of the mining requirements necessary to create aluminum ore, many people are more concerned over the danger of microplastics found in food and natural water sources. National Geographic has also cautioned that plastics take more than 400 years to degrade, leaving them to fester on the Earth far longer than a human ever will.

In the U.S., additional measures are being taken by large entities to do their part in cutting down on plastic waste. On Aug. 5, the San Francisco International Airport announced that the sale of plastic water bottles will be banned starting Aug. 20. Instead, the airport encourages travelers to carry their own reusable containers to fill up at a water station. Although the ban only covers water, airport officials are hoping to explore options for other flavored beverages.

Bans like this are also a potential factor toward changing how beverage companies like Coke and Pepsi are bottling their drinks. As consumers continue to make their concerns about sustainability and pollution known, these companies have to show they will make efforts to make adequate adjustments.

More like this
Google Earth's new Timelapse feature is a rude awakening for climate skeptics
By AJ Dellinger
What cities will be most affected by climate change?
By Vanessa Taylor
The ocean is about to swallow a climate research facility, which feels fitting
By AJ Dellinger
Stay up to date