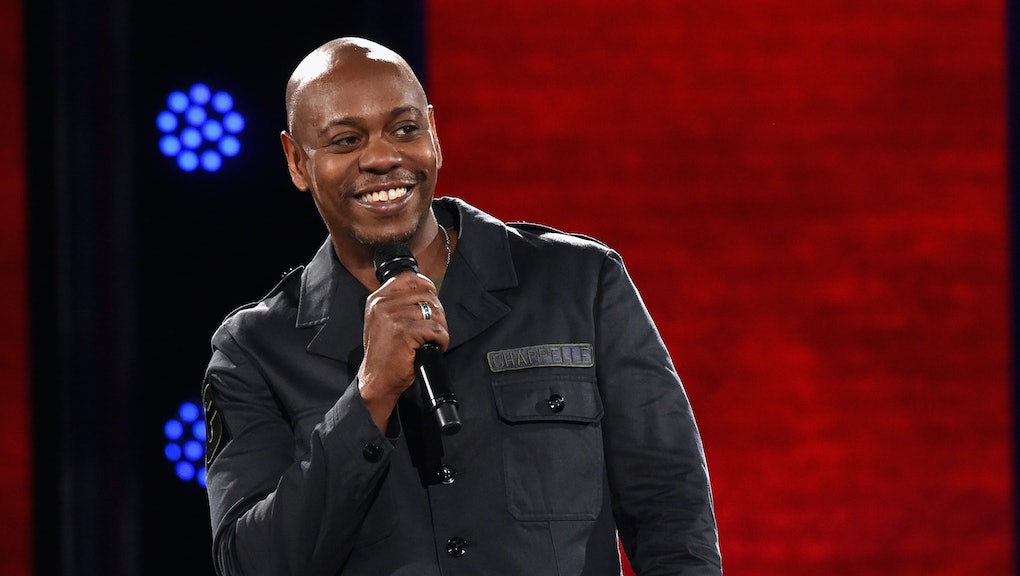 Dave Chappelle is advocating for ownership of the show he created, executive produced, and headlined — Chappelle’s Show, which ran on Comedy Central for three seasons from 2003 to 2006. It’d make sense for the comic to get a cut of the revenue when his show gets syndicated on platforms like Netflix, HBO Max, and CBS All Access, right? Wrong — according to ViacomCBS, which owns the series. Well, at least one of those streamers, Netflix, removed Chappelle’s Show because Chappelle asked them to personally.

The comedian called out ViacomCBS and Comedy Central in a nearly 20-minute video on Instagram, titled “Unforgiven,” excerpted from a recent stand-up performance. Chappelle explained why he “never got paid” for his work after exiting the show in 2006.

After his lawyers said fighting ViacomCBS on the contract was useless, Chappelle took matters into his own hands. He called up Netflix, which the comedian considers his current “comedy home” for producing several of his stand-up specials.

“I like working for Netflix because when all those bad things happened to me, that company didn’t even exist,” Chappelle explained of signing away the rights to his show. “And when I found out they were streaming Chappelle’s Show, I was furious. How could they not– how could they not know? So you know what I did? I called them and I told them that this makes me feel bad. And you want to know what they did? They agreed that they would take it off their platform just so I could feel better.”

Netflix nixed Chappelle’s Show just three weeks after the series landed there. About two weeks ago, Chappelle called them out (along with HBO Max and other streamers) while hosting Saturday Night Live’s post-election episode.

In his Instagram address to fans on the topic, Chappelle pleaded with fans to boycott his show wholesale — until ViacomCBS reinstates his ownership of it. “If you ever liked me, if you ever thought there was anything worthwhile about me, I’m begging you: please don’t watch that show,” Chappelle said. “I’m not asking you to boycott any network. Boycott me. Boycott Chappelle’s Show. Do not watch it unless they pay me.”