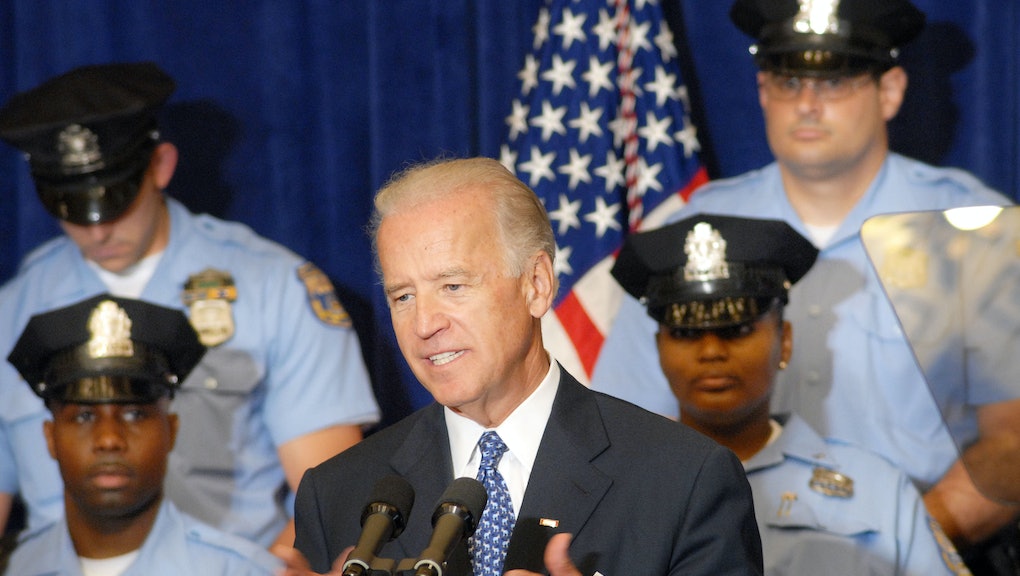 Defund the police? Joe Biden wants to give them a $300 million raise

Amid a rising chorus of calls to defund, dismantle, and abolish police departments across the country, former vice president and presumptive Democratic presidential nominee Joe Biden has responded to the growing movement to reimagine law enforcement in America by proposing a massive cash influx to police departments instead.

In an opinion essay published early Wednesday morning in USA Today, Biden roundly rejected abolitionist calls, explaining that he believes the "better answer is to give police departments the resources they need to implement meaningful reforms, and to condition other federal dollars on completing those reforms."

I’ve long been a firm believer in the power of community policing — getting cops out of their cruisers and building relationships with the people and the communities they are there to serve and protect. That’s why I’m proposing an additional $300 million to reinvigorate community policing in our country. Every single police department should have the money they need to institute real reforms like adopting a national use of force standard, buying body cameras, and recruiting more diverse police officers.

In fact, Biden's criminal justice reform plan isn't anything new. The same proposal for a huge federal funding cash boost to local police departments has been on his website since July 2019.

Still, by reiterating his commitment to increase rather than decrease funding for local law enforcement, Biden has conspicuously positioned himself at odds with a growing grassroots movement to address the systemic inequality in policing. Instead, Biden is simply advocating for a suite of reforms that activists say speak to the symptoms, but not the root causes of police racism. Consider that the Minneapolis Police Department was already subject to a litany of "reforms" that nevertheless couldn't enact the sort of institutional change necessary to prevent an officer from killing George Floyd two weeks ago. Indeed, Biden's call to "[get] cops out of their cruisers and building relationships with the people and the communities they are there to serve and protect" rings particularly hollow considering the reports that Floyd and the man who killed him, Derek Chauvin, did, in fact, know each other for at least a year.

It's worth noting that Biden is not alone in his resistance to the winds of change blowing through cities like Minneapolis in the wake of Floyd's death. Progressive standard-bearer and onetime Democratic presidential candidate Bernie Sanders has also rejected calls to defund the police, and instead proposed pay increases for officers in departments across the country.

As Republicans, led by President Trump, circle their "law and order" wagons around the idea of robust, unaccountable policing, Democrats are now in the midst of a seismic intra-party debate: Take a safe middle route of incremental "reform," or seize the opportunity — as Minneapolis already has — to fundamentally reimagine a more just, more equitable country, in which "policing" is replaced by a commitment to elevate all communities by addressing needs like health care, education, and housing instead.

Biden has apparently made his choice. The rest of the party — and the country — still has time to make theirs.

More like this
Vaccines are good. Threatening to evict someone over them is not
By Rafi Schwartz
Biden just took a swing at the terrible house of cards Trump left behind
By Rafi Schwartz
Tucker Carlson is now spouting the talking points of racist mass murderers
By Rafi Schwartz
Stay up to date