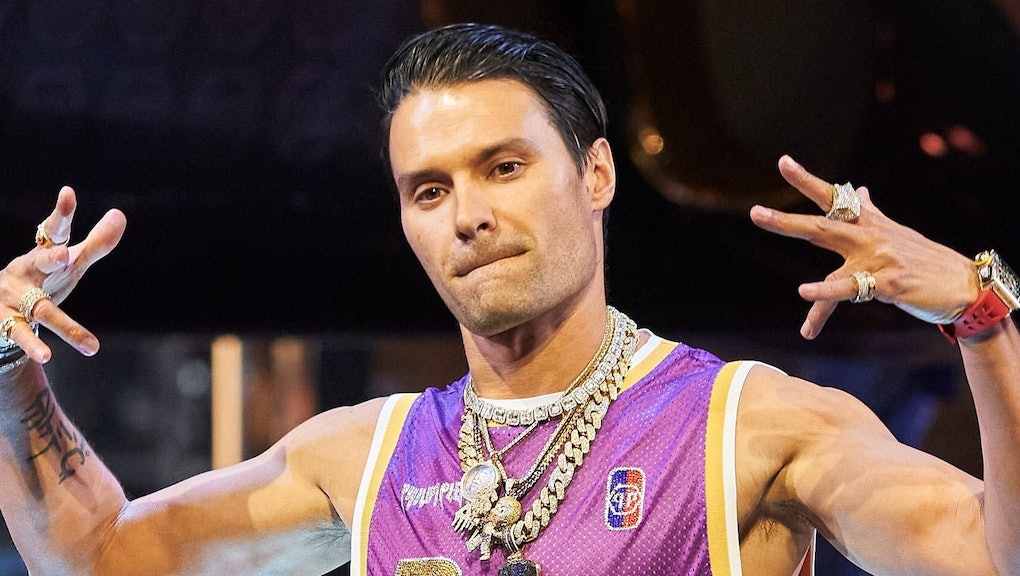 Philipp Plein’s latest runway presentation at Milan Fashion Week suffered from some curious timing. Over the weekend — just days before Kobe Bryant’s public memorial — Plein hosted a tribute, featuring Swarovski-encrusted jerseys and hoodies in Laker purple and gold, adorned with Plein’s name and Kobe’s no. 24. Most questionably, he’d commissioned a gold-plated helicopter, plane, and yacht to display on the runway behind the models, which included Jada Pinkett Smith and Tyga.

Widely shellacked as insensitive and tasteless on social media, Plein originally claimed that the helicopters were planned too far in advance to abandon for this show. He told Vogue, a bit confusingly: “If I would have known what happened, after the accident, I would not have put helicopters there…. It was terrible what happened, but I couldn’t cancel the helicopters anymore. So I just wanted to say this.”

He spoke during the presentation, explaining his reasons for celebrating Bryant’s legacy, and indicating that profits from the collection will be donated to the Mamba and Mambacita Sport Foundation. In a statement to Hypebeast, he indicated that the first $20,000 were transferred last Friday, the day before his show. Plein doubled down on the show being “the best moment to express [his] respect and admiration for Kobe Bryant, his daughter Gianna, and his family.”

He continues: “It is sad to see how something positive and constructive can be misinterpreted by people who obviously want to interpret something negatively without even having a reason. As a matter of fact, I am really [in hand-written quotes and triple-underlined] doing something to help and to support the foundation.”

It’s a familiar arc for consensus public missteps — skirt the apology, donate money in its place, and blame production issues for why a controversial element couldn’t be halted. Obviously it’s hard to imagine a tasteful way to honor a superstar whose past already demands to be reckoned with by trotting out models in gem-studded replica jerseys, but featuring the instrument of death pretty clearly pushed this one over the edge. When you have the resources to install gold-plated helicopters, you probably also have the resources to stomach the loss on removing them.

More like this
How late night TV marked the Derek Chauvin verdict
By Kara Weisenstein
Demi Lovato and the quest for a triggerless world
By Kara Weisenstein
How “stoopers” turned New York City sidewalks into trendy, sustainable thrift shops
By Jasmine Vojdani
Stay up to date